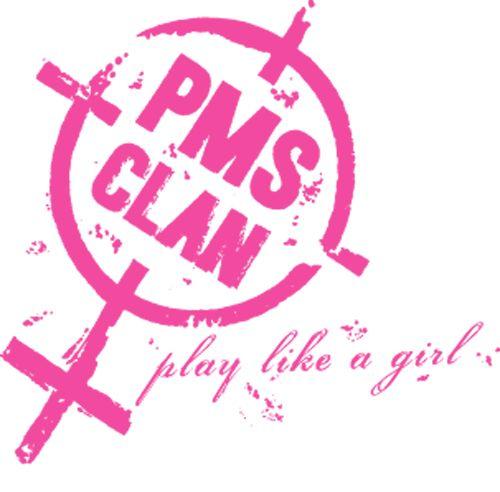 PMS (Pandora’s Mighty Soldiers) is an all-female clan that was found by Athena Twin and her sister Athena. The PMS Clan has over a 500 members across all platforms. They also have a male counter-part clan named H2O. The PMS members compete all across the world in different game tournamet. The all-female clan has been in existance since 2002. We got a hold of one of the members by the name of Frantic PMS and got her to interview with us to tell us a little bit about her self, the clan and gaming in general. Ladies and gentlemen welcome Fratic PMS. Enjoy!

Tell us a little bit about your self?

Well I’m 20 years old and currently live in the UK not far from London, I’m a student doing Computer Games Development whilst working part time and gaming my life away! Part time jobs include teaching kids to swim (funding my ‘addiction’ for gaming) and beta testing enemy territory quake wars at the moment. Just for the record, I’m also a black belt in karate and used to do a lot of competitive swimming.

I try to go to most UK events WSVG etc and also European events, I’ll eventually get round to going to America at some point!

I am part of PMS, and have made some amazing friends there both girls from PMS and the guys from the bother clan to PMS: H2O, I used to lead the international side but as of late have been busy doing lots of other things and therefore stepped down for the time being.

Tell us a few things about the PMS Clan and how you feel about female gaming in such a low female dominate market?

Pandora’s Mighty Soldiers (PMS) is an all-female gaming clan, which was founded in 2002 by Amber “Athena Twin” Dalton and her sister Amy “Athena” Brady. PMS currently has over five hundred members across various platforms and games.

PMS offers a safe and friendly environment for females of all ages and skill levels.

Believe it or not more and more females are getting involved with gaming and at the moment . People who buy into those stereotypes obviously have no knowledge that even in the UK, 60% of gamers are female. And 80% of those are casual gamers. You don’t have to be competitive to be classed as a gamer and it is good to see more and more girls attending tournaments and showing guys that girls have game too.

As an Xbox Ambassador you are asked to help new gamers their first time around the block; do feel like the program is making a difference?

I would say so for sure, I’ve had several new gamers ask me for help and I’ve introduced them to fellow respectable gamer and assisted them in whatever problems they may have with xbox and xbox live. I was fortunate enough to not have any problems when I joined and I can certainly understand if you have problems, how fustrating it can be. I’m sure a fair amount of people would just give up if they cannot work out certain things and if there wasn’t anybody to ask, so I believe this program is somewhat of the foundations to new gamers.

Do you feel that success for the Xbox 360, Ps3, and Wii will be good for all gamers in the sense that competition will keep each company sharp and innovative pushing all three forward, or are you one of the proponents to the concept that one console can come out on top?

So long as I have a console that lives up to my expectations and lets me play and enjoy myself I’m happy. My first console was the Atari 2600 from my parents when they had it, and I’ve never stuck to one ‘brand’ be it Microsoft or Sony. I believe they’re all good in different ways, I mean the Wii is a very different console. There is always going to be competition between companies and it is, in my opinion, good for innovation because they all have to think deeply into what they’re doing. More so for instance that if one company was the only company out there.

My favourite gaming genre has to be FPS’s but I’m not one to pass up a match on DOA and my favourite games (since I can’t quite decide) now I would say are GRAW 2 and Gears Of War. The campaign on GRAW 2 is awesome and both games are stunning. Both games have unique aspects and for me that enhances gameplay.

What game do you mostly compete in when you go on to a tournament?

At the moment Gears of War, although previously I have participated in Halo 2 and DOA on Xbox. PC wise I used to be really into the Quake series but I need a new computer!

What kind of entertainment setup do you have going on at your home?

HD-TV with surround sound…can’t go wrong. I wish the TV was a bit bigger though, I envy all you people out there with huge HD-TVs! I may got for a projector soon though whilst I wait for a new TV.

How do you feel the achievement system is working out? Do you like the concept of Xbox Rewards?

I like the achievement system, I believe there needs to be some tweaks to it but its decent enough. For me it’s meant that I’ve played some games that I may not have played before and actually found myself enoying playing them.

The concept of Xbox Rewards is pretty cool, will be interesting to see how it all pans out in the long run. I can imagine people gaming their lives away even more so! Kinda gives a reason for it all.

Gaming has come a long way with breath taking graphics, newly introduced gameplay, and turning the console into fully packed media machines. What do you think will be the next big leap in video gaming?

What kind of music do you listen to these days?

I am an Alternative/Rock type person, although that’s not to say I don’t have other music sitting away on my itunes which I listen to. Bands such as Breaking Benjamin, Relient K, Metallica and so on.

I’m a fan of the blogs, they’re good fun to read. Also the walkthroughs are pretty good if I ever get stuck.

What is a dream game you’d like designed if you had the knowledge and the tools to develop it?

An FPS on a server system for multiplayer, with nice graphics and top AI, I have a few ideas for story lines but as of yet I’ve not really thought that deeply into it.

How many video games do you own? List all platform games.

Ok, well since I’m a big fan of games I won’t list them all however here we go with some:

What do you think of the Elite?

I think if my xbox dies I might have to buy one! I like them, although don’t get me wrong I still like the one I have, just my controller gets dirty quickly!

How long have you been gaming for?

I think I first started when I was about 6 properly, playing on my Gameboy. So 14 or so years.

Do you own any other next-gen consoles?

When I was at Uni last year I had a Wii, but at the moment no but both Wii and Ps3 are on order. ☺

Which one do you own a Zune, iPod or some other type of MP3 player and what is your favorite feature about it?

I have a blue ipod, my fav feature is the touch wheel and the fact it syncs with my mac laptop nicely.

Would you rather play Fuzion Frenzy 2 for 48 hours straight or bungie jump?

Bungie Jump, I’m a bit of an adrenaline junkie! I’ll hopefully get round to doing a skydive at some point.

To all PMS and H2O, my awesome boyfriend, Joe and the guys at Kill3rHertZ, they’ve all helped me through so much.

I on behalf of thegamereviews.com would like to thank you on taking time to do this interview with us!

Did you miss our Last interview? Read about Dirty Diva here