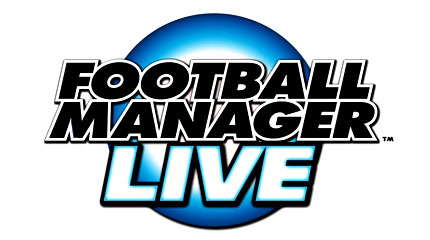 It might be that soccer football first hooked me in when I was just six years old, reeling away in the consummate glory of having powered that familiar sphere past a hapless keeper for the first time. Perhaps it was seven years later when I stood outside Arsenal’s famous old stadium of Highbury, dreamily soaking in the thunderous elation of 38,000 cheers, all the while crying inside because I was not one of those within. Or maybe it was when I could combine it with my true love; gaming, of course. This is most likely the disheartening truth.

It occurred when a kindly uncle, unaware of the exponential tsunami he was unleashing, bought me Premier Manager 2 as a Christmas present in 1993. The game’s directive was simple, take control of a lowly conference side and rise to the upper echelons of the beautiful game through careful supervision of players, tactics and finances. It may sound dull, but the thing with sports management sims, and the majority of simulation games for that matter, is that they tap into that primordial belief that we can do a better job than the next guy. It’s this unwavering conviction that manifests itself in the bitter shake of the head of every football fan around the globe. We know that the shams we see weekly would never be allowed to transpire under our vigilant watch. It’s games like Premier Manager 2 that give us the chance to prove it.

Such a directive is helped when the game is incredibly easy. I distinctly remember Premier Manager 2’s manual suggesting players take charge of Halifax Town. That proved to be a first-rate tip, as I was able to swiftly guide Halifax from grass roots mediocrity to domestic and European domination on my first go. I eventually elevated the eight or so skills stats for all of my squad’s players to the maximum of 99, making each one of them a Pelé-like god of the game. I even went one season without conceding a single goal. Has anyone achieved so much at the tender age of eleven?

Yet somehow my triumph felt incomplete. I had only defeated the AI, and had not shown that I was the best football manager the world had ever seen. I realized that I needed to demonstrate my skills against my peers, and that’s how fantasy football entered my life. Sadly, this too proved to be inadequate. There was no real strategy to it, just the vague mixture of a touch of football knowledge and a far chunkier dose of pot luck. It was no multiplayer Premier Manager 2, that was for sure. So, enter ‘play by mail’, stage right. No, not e-mail; the Internet was just a thing I used to chat to a cute girl from Norwich (it helps when women can’t see my face). No, play by snail mail – football management sims being played by people across the country, sending in their teamsheets by post and ringing up other would-be Alex Fergusons to negotiate deals. It’s only looking back on it that the whole thing reveals itself as the surreal experience that it was; a massively multiplayer football management game being operated and played through the postal service. For all its weirdness, it was absolutely bags of fun. Unfortunately I completely sucked at it, and after a year of consistent failure I retired to pursue more normal desires for my age like the afore-mentioned cute girl from Norwich.

If only it could have ended there, who knows the strides I could have made with my life without the addictive shackles of football management sims. Unfortunately, when a friend came back from Thailand with a bootleg copy of Championship Manger 97/98, the obsession began all over again. I had thought the postal game I’d played to be a pale imitation of Premier Manager 2, but I soon realised that Premier Manager was nothing compared to the might of Championship Manager. It had a meticulously-crafted database full of more players than I previously imagined to exist, its tactics system was simple to learn but full to the brim with depth, and there was an overriding ‘one more game’ feel to it that must’ve contributed to my lacklustre GCSEs. It was the Street Fighter II of its genre, the one true great all the others could only be pretenders to. It was also the Oblivion of its time, the game you had to talk about with your friends; Monday mornings at school were spent regaling weekend Championship Manager exploits, how someone had enlisted a nobody teenager into their squad and transformed him into England captain within a season, or how another had managed to sign three Brazilian internationals for Birmingham City. Championship Manager 97/98 is probably one of the three games I’ve thrown the most hours into. It was just that good.

So it was a saving grace that the series split of Pitt/Aniston proportions hit around the time I met my now long-term girlfriend. Developer Sports Interactive left for Sega, rumoured to be looking for more creative freedom, whilst publisher Eidos retained the brand name. Of course, the new Championship Manager developed in-house was absolute pants, since the boys and girls at SI were the ones with the experience of making the games. Critics and fans swiftly switched over to SI’s new IP – Football Manager. I did too, picking up Football Manager 2005, but I think part of me had moved on with the split because that game never had the same hold over me, and not for its lack of quality. At the time I put it down to my growing out of a sport and a series I’d loved in younger days. I put Championship Manager and Football Manager behind me, and that was the end of that.

Four years later and beside me is a copy of Football Manager Live, the new MMO incarnation of Football Manager. How am I supposed to resist the thing I craved all the way back in 1993? The danger that lurks ahead is huge; I’ve played Everquest II, Final Fantasy XI and World of Warcraft – I know how addictive a MMO game can get. Combine that with a football management sim… well, I’m in trouble. I’m hoping I can report back next week with my first impressions of Football Manager Live. If not… well, let’s just say that if this is the last Very British Gamer column, you can blame Sports Interactive.