I’m rather pissed that exercise-based games have only just reached prominence. Had these been around in my youth, convincing my parents to get me a game console would’ve been a much easier sell. Thinking about it, I remember reading about an odd exercise bike/Super Nintendo hybrid in one of the early 90’s Nintendo Powers, and using it to bolster my case then that games might not turn me into a withered stimulation junkie (to little success). Kids these days, they don’t know how easy they have it. Also, music is too loud and I like the taste of Metamucil.

I almost convinced myself that this didn’t actually exist.

Perhaps my parents immutability on such issues had a positive outcome; I’m a fairly active guy, though my pride insists that it’s more my doing than theirs. Martial arts, rock climbing, and the odd walk here and there keep my heart from turning into a ball of nacho cheese. But ever since DDR introduced nerds everywhere to activity beyond shuffling to the bathroom, I’ve found myself captivated by hybrids of exercise and gaming. Naturally, I snapped up Wii Fit when it released last year, and then EA Sports Active upon its release this year, respectively adding a dirt magnet of a scale and an oversized rubber band to the considerable peripheral clutter that is my living room.

But how do the two major fitness games for the Wii stack up against each other? Well, each one has benefits, and drawbacks, and both are targeted at specific markets. So, in the interest of those with a limited budget, I decided to pit the two against each other and see how they measure up – mano y mano…

In terms of sheer workout intensity, EA Sports Active blows Wii Fit out of the water. The latter’s exercises revolve around balance and calisthenics, and fail to achieve the intensity I like in a work out – I ended up using Wii Fit as a warm-up before my evening run. In comparison, EA Sports Active offer three workout intensities: easy, medium, and hard. Being a manly man, I picked hard, and broke a decent sweat doing it too. Nintendo’s offering is a good fit – pun intended – for anyone that that has practically no exercise in their daily routine, while moderately active people – pun intended – will prefer EA Sports Active. 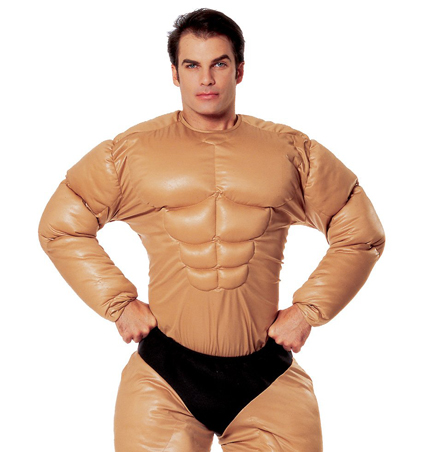 An active man like me needs an intense workout! Oh yeah!

Active also slams Wii Fit when it comes to workout variety. Nintendo’s offering has 15 yoga and 12 muscle exercises, which are metered out as players spend time with the game. These lose their freshness after just a month or two, while in just a week’s time I’ve already participated in a greater variety of exercises with EA Sports Active.

Presentation is more of a toss-up, depending on the exerciser’s proclivities. EA Sports Active is perpetually on a sugar high. Warm colors, bright music, trainers constantly telling you how much you’re owning on an exercise – it might motivate some, but it’s borderline annoying for me. Luckily users can adjust the level of feedback, which is very hand for when they start repeating themselves. In contrast, Wii Fit is more relaxed and sterile. Virtual workout spaces are simple, trainers are expressionless mannequins, and feedback is temperate. While Active’s high tempo was refreshing at first, by now it’s starting to wear pretty thin.

EA Sports Active may trump Wii Fit for intensity and variety, but surprisingly it has no weight management or tracking features. For people that already own Wii Fit, that’s not really a problem since they can just install the Wii Fit channel and get the best of both worlds without swapping discs. Still, it would’ve been nice to have a barebones weighing function within Active to circumvent the cumbersome, bloated Wii Fit body test process. Hearing that my balance is 0.6% to the left was interesting the first time round – now I use the time to measure how fast I can mash the A button. 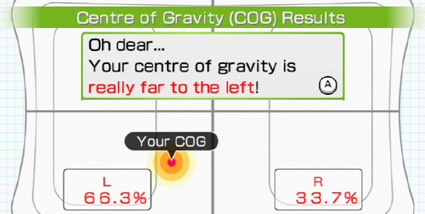 There are annoyances with both games. First off, EA Sports Active isn’t perfect about motion recognition. While I understand the technical difficulties of interpreting ambiguous Wii Remote signals correctly, I can’t sympathize when the trainer tells me that I suck at squats while I’ve been holding one for half a minute. Active’s also very fickle when it comes to the Balance Board. I own one, and have selected to use it, but I often get the ‘no Balance Board’ variant of exercise as opposed to the ones that include it. Additionally, Active’s in-exercise controls are activated by holding down buttons, something I frequently do by accident. As far as Wii Fit goes, the first and most egregious problem I noticed with it was the inability to mute the music. I enjoy working out to music I like, and that isn’t compulsory docile electronica, Wii Fit. Thankfully Active lets you create custom playlists from a bank of generic music, or mute it entirely.

But what’s the biggest oversight for both games? Neither adequately features nutrition, and I expected more features to do with it. Perhaps a calorie planner, or a diet guide, or a quick survey to approximate daily metabolic rate followed by a proposal of a daily caloric amount to help players reach their goal of weight loss. Given that diet is a bigger factor than exercise when it comes to weight loss, and that goes double for America, the absence of such features is striking.

When it comes to recommendations, though, there’s no contest. Active provides more variety and functionality, provided that tracking weight isn’t a necessity. While Wii Fit’s balance board may justify the purchase to those interested in hardware, Wii Fit as software has been bested.