I don’t remember much of my life before age 5. I remember things like counting the dots in the ceiling tiles during nap-time in pre-K, and going to the family night at the local skating rink every Wednesday. I also distinctly remember going to a weird friend’s birthday party. The party itself was a complete wash – the wasn’t even any ice cream – but I did get to play Rad Racer with a Power Glove, and the original Ghostbusters on the NES. Both experiences weren’t quite what I was hoping for. The Power Glove looked approximately 200 times cooler than it functioned – and it didn’t look all that cool in the first place – while Ghostbusters was frustrating, confusing, and thoroughly the opposite of fun. Yes, this party was both my introduction to crappy movie-based video games and to kids that chew on their own shoes. Austin really was a weird kid. 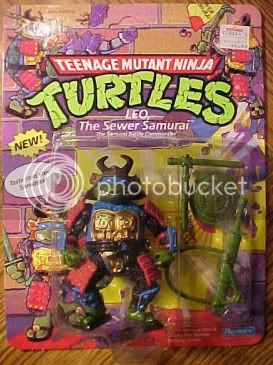 I realize now that this was the wrong gift. Sneakers would’ve been more appropriate.

Until now, movie-based games had a very low bar. As long as the game provided digital set-pieces that tangentially references the movie, contained the remote likeness of any actors involved with the movie, and above all released in time to cross-promote with the movie, then ignorant gamers would be as pleased as peaches.

But two decades after my first experience with an awful movie-based video game, here and now Ghostbusters: The Video Game accomplishes the inverse of all that. Indeed, not only is it fun to play, but a faithful treatment and genuine expansion of the original property. As it is with good works in any field , this didn’t happen by accident. I wish I knew who exactly was responsible for this treatment, just so I could send them a single rose with a note attached saying “You rock and don’t stop”. I suspect the responsibility largely rests within the involvement of Dan Aykroyd and Harold Ramis; children tend to prefer being in the care of their rightful parents. Regardless of origins, let’s take a look at the elements that make Ghostbusters such a great adaptation.

Chief among the problems movie-based games face is what to do about a player that wants to, y’know, actually play. Movies have an established cast of characters, but allowing the player to take control of an existing character precludes them imposing themselves upon said character. When it comes to great properties like Star Trek, Ghostbusters, and legendary 90s TV series Time Trax, players want to be themselves in their universes, not pantomiming the pre-existing actions of someone else.

I found this on a Geocities website. Yep, it had centered text.

Thankfully, Ghostbusters finds clever solutions to these problems. Silent protagonists have been the go-to solution for ages, a convention popularized by Japanese role-playing games. This isn’t a perfect solution, however, since it’s nearly impossible to work a silent character into any scene of gravity given that they don’t talk. But Ghostbusters: The Video Game implements the silent hero shtick in clever ways.

For the unacquainted, players take control of a new member to the Ghostbusters team. The other Ghostbusters refer to the player’s character with a variety of nicknames like “the new guy”, “ace”, and “champ”. This allows the other characters to reference the player. In fact, neatly circumventing the lack of a name reinforces the team’s comic, impersonal detachment from proceedings. So the Ghostbusters can talk to the silent character, but what about the reverse? To sidestep this problem, the player’s character is only seen in situations that provoke silent incredulity or frustrated complacency. In short, they only show him in scenes where silence fits, and obscure him when it doesn’t. Instead of silence becoming a divisive factor, it becomes nearly transparent.

While the game subtly manipulates cut scenes and character design to facilitate the player character’s addition, the game story opens up the property wholly, even providing links for future continuity. Indeed, at the beginning and ending of the game, Ray Stanz mentions that Ghostbusters will soon offer franchise opportunities for prospective investors. So, subsequent games could see the player’s character from the first game travelling to a new city and opening up his own Ghostbusters franchise without the need for cumbersome ret-con, eliminating the need for original voice actors and allowing for more creative freedom. Now you can make another Ghostbusters without trying to wrangle up Bill Murray for voice acting.

And, of course, Ghostbusters’s greatest achievement comes in its recreation of the films’ most salient actions. Any wide-eyed child of the 80s formed a fantasy that revolved around three basic actions – investigating a ghost, shooting that ghost with awesome lasers, then trapping that ghost with cool special effects. Ghostbusters allows players to perform these actions without subtly destroying their immersion.

All too often video games seek to emulate factors from other forms of media that don’t adapt well to interactive mediums. The Metal Gear Solid series is the evergreen reference for such fallacies with its extended length cut scenes that counteract player interactivity. For years developers have sat in the corner and chewed on the shoe of conflicting media, so it’s refreshing to see a developer, in this case Terminal Reality, that not only understands what shouldn’t be in a game, but also what should. Maybe this means that Austin might’ve mellowed out a bit too. Lord knows he needed to.