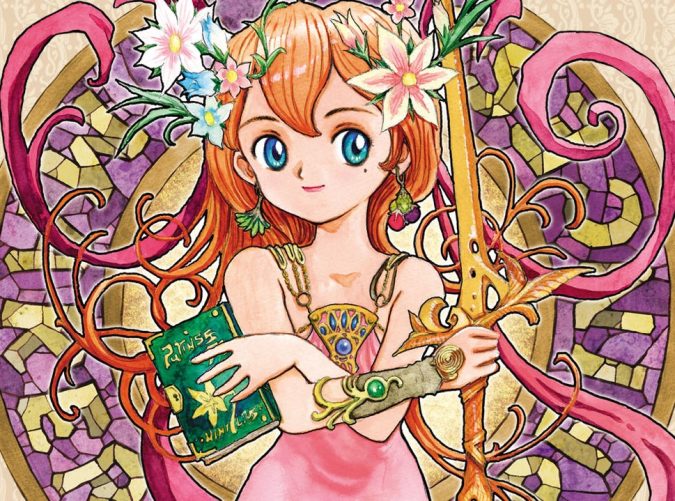 While not our usual type of game to review, the original Princess Maker cannot be ignored as it has been a hit with many gamers since 1992 when released for the NEC PC-9801 system.  Over the years it has since been released in various versions for major platforms like Sony’s PlayStation and now on Steam for PC. This latest version features improved graphics and voice acting for all in-game characters.  There is also a story line that is strengthened by cinematics that give more depth to the lore.

The latest release of Princess Maker Refineis now on Steam. IT is the localized English version of the original game and  you can download it now at https://store.steampowered.com/app/583040/Princess_Maker_Refine/

As promised, I’m giiving my review of this game. But first, I want to say that this is probably the first of this type of game I’ve ever played, so please keep that in mind. I may not appreciate all of the nuiances that those who play this game and the well-loved sequel, Princess Maker 2 Refine.  So with that out of the way, let’s proceed with my impressions.

The game’s intro sets the mood with images of sweet young girls floating across the screen with a soundtrack that is reminiscent of TV shows like My Pretty Pony and Sailor Moon.  The static storyboard images that follow tell set the lore in the late middle ages where a kingdom is attacked and nearly by a Demon King and his army.  In typical storytelling fashion, a Hero arrives and saves the kingdom by driving off the foe.  This leads to the hero being brought before the human King and offered a reward. The Hero’s only wish is for the kingdoms’ orphans be cared for, and takes an orphan girl as his ward.  There is an option to skip this part, which I frequently took advantage of as I tried and failed at reachingthe end game.

There is some oddity to this intro, as the Hero’s name is simply a set of three question marks and the King’s voice is the only one heard in the conversation. As one gets into the game, the Hero remains nameless and does not have a voice though he can speak to his adopted daughter. All of the other characters have a voice, and use it to interact, though it is all in Japanese. Handily a brief text of each interaction is typed out, which is helpful; and might even be interesting as a tool for someone wanting to learn Japanese. 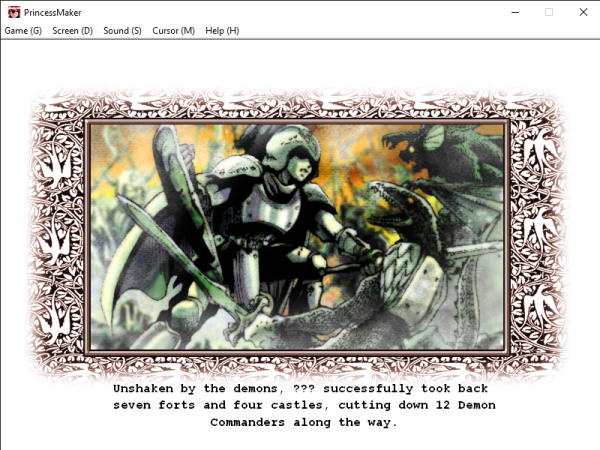 There are a couple of other issues of note for me. The window is rather small on a high resolution monitor, even with the full screen option selected and the interface commands are very limited. The game requires a surname and daughter’s name be given in order to proceed, and the alphabetical interface for selecting letters is less than ideal. Options for music, and voices are simply toggle on & off.  While I did not find anything game breaking, some of the ways menu options and dialog interaction are quite annoying.  It seems to drag out the gameplay unnecessarily when prompts have to be selected twice in order to move on, and menus will open over top of game interface areas that you nwant or need to see. There is no tutorial, and I had to do some experimenting to find how to use things like right mouse click to close an open menu without making a selection from it. 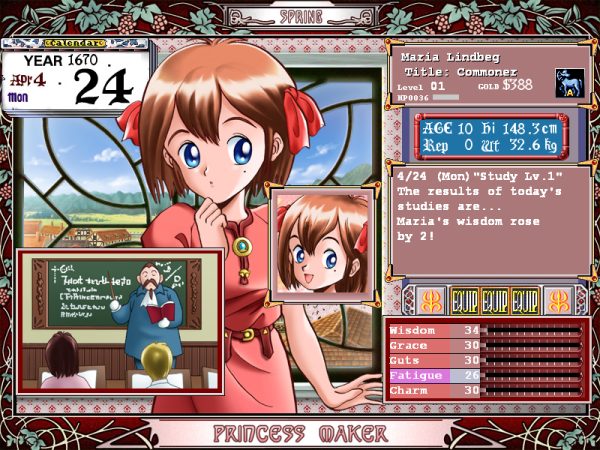 The game is played by having the daughter perform tasks. This is accomplished by scheduling them in a set of 3 tasks which run ten days each.  Rather than explaining all of that in this reveiw, I give you two excellent guides to go to:

While there are some small interface differences in those guides and the actual game on Steam, they will give you a real headstart on how the game is played.  There are also guides on how to reach certain types of ending, but IMO that takes away from the satisfying experience of figuring it out yourself.

The game has a lot of nuance to it, as well as a certain degree of randomness, giving it a degree of replayability that is refreshing in a lightweight game like this.  Given that it is less than 400MB in size, it can also be quite portable, and could be very playable on a tablet or smaller portable notebook. It is not a game that will appeal to everyone, but has its charm and a niche that it performs well in.