Though game publisher Ignition Entertainment constantly touted KoF12’s hand-drawn characters and animations, they don’t look like one would expect after the fanfare. Even on a high definition television with anti-aliasing filters, the characters still looked undeniably like big, blocky sprites. While graphics aren’t the most important feature in a fighting game, this still warrants mention.

KoF12’s backgrounds look good, even if they’re only comprised of about four frames of animation. Characters in the background cheer on the fighters, though that means one frame has them raising their hands in the air with their mouth open, and the next they’ll have their arms down and mouth closed.

That said, King of Fighters has never been about pushing the graphical envelope. The games provide a huge cast of characters, requiring players to master a large roster of characters to win thanks to the 3-on-3 fights. That’s why KoF12’s reduced roster is so surprising. Only 22 characters make KoF12’s one of the smallest casts in the series’ history. 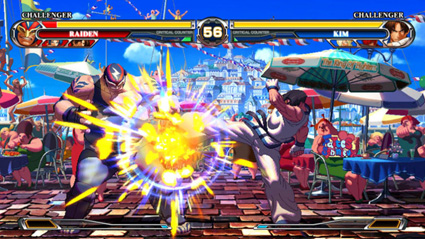 The characters making the cut are great with a few exceptions. Some favorites have been redesigned into entirely new fighting styles that change their style of play. Duo Lon, for instance, now plays in an ultra-defensive Dhalsim style, complete with stretchy arms.

The game features a new fighting system that mixes up the gameplay. The most prominent new feature is the Critical Counter. Time a counter-attack perfectly and it will stun the opponent, which opens them up to about three full seconds of free abuse. This doesn’t work out in game, though, because the system is so luck-based. At least half of my critical counters came by chance during an exchange that just happened to result in a counter. Considering the damage one Critical Counter can cause (especially when a combo leads to a super attack), luck should have nothing to do with it. This led to me feeling like wins (even my own) came by chance too often.

Online modes helped to alleviate the early despair I felt with this game. Lag issues that plagued the launch of this game have since been solved and patched. My play time was only hit by light lag, and never saw any evidence of the horrendous game-ending lag others have reported. Online is the only thing that saves this game though, so if you’re not planning to play online, then stay away from this game. Players will become bored of the shallow single player within hours. 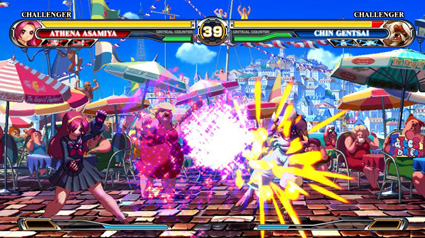 King of Fighters 12 will disappoint most. Longstanding fans of the series will want to experience the evolution of the game and the revamped characters, though most will find the lack of their favorite fighters disappointing. KoF12 is far too shallow in terms of modes and characters to offer lasting appeal. Fighting game fans should pick up BlazBlue or Street Fighter 4, both monumentally better fighters.