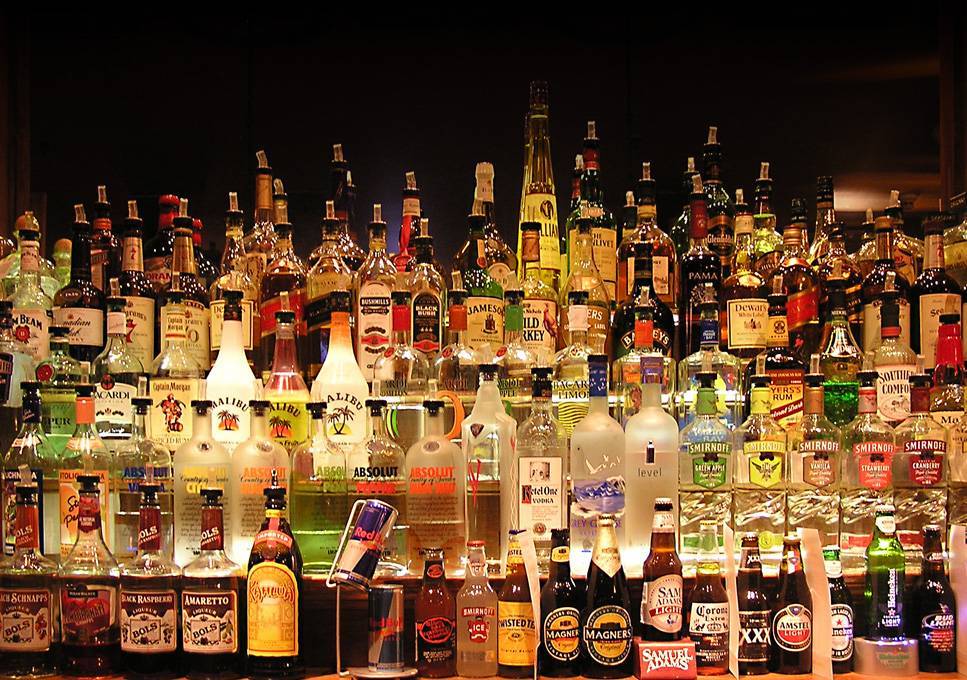 There are few things as classy as a good drink, or at least that’s what I’ve been told by countless hours of advertising and product placement. But what’s helped develop my positive view on drinking even more than every spot of pro-drinking marketing is actually a certain group of people, one that is much maligned in this day and age: the beer snobs.

They may be called beer snobs, but their snobbery doesn’t only apply to that heavenly amber gift. No, it applies to all drinks containing even the smallest drop of alcohol. You’ve probably run into beer snobs before. They’ll have a pricey lager in one hand, an overpriced cutting board sandwich in the other. If you ask, they’ll swear that the beer complements the sandwich’s flavor. If you get dragged into a beer snob’s conversation, you’ll most likely loathe every send of it, but don’t discount the sacrifices a beer snob has to make. Friends, family and co-workers regularly shun them and their zealousness to share their near-encyclopedic knowledge of alcohol with everyone. The life of a beer snob is a lonely one.

I truly feel bad for the beer snobs, and indeed the wine and liquor snobs of this world. So I have devised a solution to their woes. I ask, do we look like a culture that truly loves to eat, with our low obesity and high exercise rate? Aren’t health food companies routinely topping the FTSE 100 list? These snobs simply need to take a cue from our strong, steady economy, and diversify their knowledge. There is no reason to only figure out what liquor goes with what food, when there are so many other facets of society that their treasured elixir can improve.

Thus, I have taken it upon myself to give these wonderful snobs a head start on a section of the world that I’m knowledgeable in – video games. Snobs, print this out. Use it as a handy reference when sitting at the bar, trying to work out why your date seems so disinterested in your opinion on what Christmas dinner staple goes best with a cool glass of Mad Elf. Your date will be far more interested in which video game goes with the wine, liquor or beer of his or her choice, and all your woes will finally be over.

You’ve recently returned from the latest outsider art exhibit that was taking place in a part of town you wouldn’t normally visit. Chopin plays on your stereo, you’re comfortable in your vintage reading chair, with a chilled glass of white wine in one hand, and a controller in the other. You’re ready for a night of appreciating video games as a purely artistic form of expression, delving deep beyond the pixels, searching for the true meaning of gaming. Or are the games playing you? See, this is the kind of existential debate a nice glass of wine can lend to your gaming. Whether it be the pale, flowery aftertaste of a d’Arenberg Adelaide Viognier Marsanne that accentuates the relaxation of Flower, or the slightly rougher sensation one gets with Emilio Lustau Palo Cortado "Peninsula" Sherry that unearths the meaning of Seven Minutes’ nihilism, wine can enhance these artistic titles tenfold. Or, at the very least, you’ll get so giddy off the light flavor of a Cabernet Sauvignon that you might actually get through The Path without questioning every terrible decision you’ve ever made in life.

While liquor is a broad term and encompasses many different styles of highly alcoholic drinks, in order to keep this reference list pocket-sized I have condensed it down to a handful of examples. Liquors, or spirits, have a stronger allegiance to genres more than they do singular games. A mixed drink of a third vodka and two thirds Red Bull, for example, isn’t limited just to World of Warcraft, but is a good mixer for any MMO fan who needs a steady buzz as much as they do energy for their 17th raid of the night. It’s also an effective way to dull the back pain from sitting hunched over banging away in futility on keyboards.

Dark liquors like rum and bourbon lend themselves to immersive games. Pour some Jim Beam Black Label over ice and draw yourself further into Call of Juarez, and probably even more into a simple Big Rigs: Over the Road Racing excursion. Although the latter is best enjoyed while drinking grain alcohol out of a mason jar for the most realistic effect. While drinking borderline poison may make sense for Big Rigs, my choices for Fallout 3 and Oblivion may seem strange. Fallout 3 is so bleak, desolate, and borderline depressing that one needs a sweeter flavor to dull the thoughts of all your loved ones turning into nuclear ghouls, or having to live in the 1950s. The honey-flavored liqueur makes even the harshest wasteland bearable. My two choices for Oblivion reflect the many ways to play it. Honeyrun Mead is one of the best meads you can buy, and should be drunk of a metal flagon, slammed down onto your desk in celebration of your latest slaughter. You should also have a beard. Conversely, a wizard or magic user should drink Magellan Gin from an ornate glass container. Its blue coloring and different flavor will help you to enjoy your impossible fantasies as you set some trolls on fire from a distance.

Beer is the most socially accepted of all alcoholic beverages, and that is reflected here. Madden and Halo 3 are two of the most played games worldwide. But trying to feed a beer that necessitates a mature pallet for these games, such as the strong hops flavor of a Troegenator, would simply be a waste of time. In fact, in my extensive research I found that most players are so engrossed in Halo 3’s online combat that they won’t even risk dulling their misused reflexes with an alcoholic beverage anyway. Call of Duty 4 deserves a bit more respect than that, as it is one of the rare mainstream games that is embraced by socially accepted normals as well as pretentious hardcore fans. So to average it out, the best of the readily available domestic beers is called upon: the Miller High Life – pack of 30.

A beer snob would be sad to know that his beloved and obscure microbrews really only apply to retro games here, but he would be thrilled to know that within that genre are infinite possibilities. Every single retro game could have its own beer applied to it. For example, a round of Castlevania is best enjoyed with a dark beer like Smithwicks, while a playthrough of Chrono Trigger and a six pack of Steam Whistle complement each other superbly. The added bonus is that, since most beer snobs probably didn’t play any of those games the first time around, they can obscure their knowledge of video games (or lack thereof) with their knowledge (or lack thereof) of microbreweries around the world – all while still sounding hip. Or they can just drink a PBR with any of them since they probably can’t tell the difference anyway.

So there you have it; Like a alcohol-soaked angel, I’ve come from the heavens and united liquor and video games like no other before me. With this handy list, the kind beer snob can ingratiate themselves into our tight knit society and explain to us why we shouldn’t be drinking Yuengling while we play Left 4 Dead. And the world will be a better place for it…