It’s getting to that slightly crazy time of year when what feels like hundreds of quality games arrive to tempt us in the run-up to Christmas, and the three platform holders find new ways of enticing us to purchase their goods. This week, it’s the turn of Nintendo’s Wii, with rumors of an imminent price cut.

On September 11, Kotaku stated that they had been forwarded advance retail listings from Wal-Mart indicating that the Wii will be having its first price drop in early October, although the ad failed to specify the price. Shortly afterwards, an alleged upcoming Toys ’R’ Us ad emerged, stating that the price cut would bring the Wii down to $199, a significant drop of $50. The advert also stated that this would come into effect from the end of September, earlier than initially suggested by Wal-Mart. If this is true, it suggests that an announcement could come from Nintendo during the Tokyo Game Show in a couple of weeks time. Nintendo aren’t officially at TGS this year, but they will be present at the Kyoto Cross Media Experience at the same time and would no doubt love to get the news out during the TGS buzz.

This would go against a statement made in August by Nintendo President Satoru Iwata that said that there were no plans on announcing a price drop. Nonetheless, a lot can change between early August and October, so it’s certainly a possibility – especially when you look at the recent price drops from Microsoft and Sony. Michael Pachter, the infamous industry analyst, only this week predicted that Wii sales are likely to continue declining, while Microsoft and Sony will benefit from their price cuts. With the PS3 Slim, and its attractive Blu-ray capability, priced at a competitive $299, and the Xbox 360 Elite system priced the same, the Wii is currently only $50 less than its rivals’ leadings SKUs, while offering relatively fewer features. An extra $50 drop would certainly make the system look more attractive to the average consumer, especially to those who are just after a games system rather than a media system.

With Christmas fast approaching, it would make sense for Nintendo to give the Wii a price drop, and ensure that sales would hopefully pick up for the system. Currently Wii sales have been declining with sales down 39% in August compared to the previous year, amid suggestions that this will continue for September. The Wii may have sold phenomenal amounts in the past, but it does look like a change is needed to attract new customers. As it stand, the Wii just doesn’t look as attractive an option when compared to its rivals, price-wise. In which case, I think it looks extremely likely that the Wii will be receiving a price drop very soon – certainly in time for the Christmas rush – and a well-deserved price cut at that. It should make the Christmas console wars an interesting time, thanks to some extremely competitive prices for three decent systems.

Over the past few weeks there have been murmurs of a new Suikoden game coming very soon. A series that never quite reached the success that it arguably deserved, Suikoden remains a cult favorite amongst many J-RPG fans. Thanks to some of these fans, various clues have been unearthed which suggest the possibility of a new installment in the series.

The first clue emerged back in June when it was discovered that Konami had registered a US trademark for Genso Suikoden (the Japanese name for the series), suggesting that something Suikoden-related could be on the horizon. Then Blue Moons Studio, the Japanese software company founded by Yoshitaka Murayama (creator of Suikoden), announced that it was working on a new, unannounced RPG. To further reinforce the rumors, Swedish gaming magazine Level 41 interviewed Murayama in August, and Murayama dispelled rumors regarding his reasons for leaving Konami, namely the suggestion that he was unhappy with the direction that the series was taking. In the interview he also went as far as to suggest that he would seriously consider returning to Konami to make another Suikoden title. Finally, there is the evidence that Konami are planning to announce five new titles at the Tokyo Game Show in a few weeks time. No-one knows for certain what the five mystery titles will be, but with the previous pieces of evidence there is a strong case for one of them being a Suikoden title.

Admittedly, a lot of the clues are pretty inconclusive and purely conjecture, and it’s arguable that you can take these rumors and twist them into whatever you want them to be. Even the chances of a Suikoden card game are a possibility, as Genso Suikoden doesn’t strictly mean a Suikoden game in the conventional sense. There is also the issue of just how much a Suikoden game is wanted by gamers. While being a cult favorite, it is a series that’s been overlooked by many and I doubt would suddenly be seen as a big game to announce by Konami. The last true Suikoden title, Suikoden V, was released back in 2006 and had disappointing sales in Japan with a mere 194,780 copies sold. This was despite decent critical reception and it winning IGN’s 2006 award for Best Story on the PS2. There is the distinct possibility of a spin off title being announced in the near future, which would tie in with the trademark rumor, but I can’t see it being one of the big five announced by Konami at the Tokyo Game Show. As much as my heart would love to say that a new full Suikoden game is on the way, this is all just too speculative and unlikely for now. 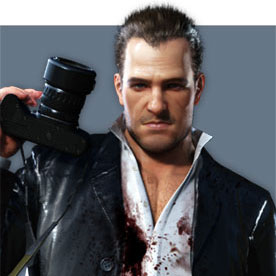 If there’s one thing that Capcom does absolutely brilliantly, it’s 2D beat-em-ups, especially crossover beat-em-ups like Marvel vs. Capcom. So when they teamed up with Bloody Roar developers Eighting to create a crossover fighting game based on Tatsunoko characters as well as Capcom characters, people got very excited. Tatsunoko vs. Capcom has been out in Japan since the end of 2008, but various localization issues seemingly stopped it from international release. That was until it was announced in June that it would be coming to North America, along with an expanded roster of an additional five characters as well as a number of mini-games.

The news as to who the new five characters are has been kept secret, that is until a Shoryuken forum member did some detective work. Having snooped around the source code of the Japanese site, he noticed that although only a few of the character images are shown, all the image links have been preloaded. This means that despite the images not being visible, the names of the files are. It is a somewhat tenuous way of determining the characters but it looks pretty conclusive with filenames of ’zero’, ’frank’, ’yatter02’, ’joe’ and ’tekkabla’. For the uninformed, these suggest Yatterman No. 2, Tekkaman Blade and Joe Asakura from the Tatsunoko side of things and Frank West of Dead Rising fame from the Capcom side. The Zero reference sounds a little ambiguous but is actually very likely to be Zero from either Mega Man Zero or Mega Man X. It might sound a slightly farfetched way of determining the mystery characters but it certainly makes a lot of sense.

For those of you sitting here thinking, "Who is Frank West and why does his name ring a very vague bell?’, he’s the protagonist in Dead Rising for the Xbox 360. Dead Rising was a zombie fan’s wet dream in which photojournalist Frank West managed to be in the wrong place at the wrong time, getting himself trapped in a mall surrounded by zombies – and lots of zombies, at that. It was a particularly unique title; essentially Frank West was an average man, he didn’t enter with hundreds of weapons, he just had a camera and the things he could acquire around the mall. This made for some creative zombie destruction with Frank being able to dispose of the ensuing hordes with items as innocuous as a frying pan or a sign. Although I was very keen on Frank West in Dead Rising, I am a little unsure of just what special attacks he could have in a fighting game. Blind someone with a camera then whack them over the head with whatever you’ve managed to salvage in the battle arena? Well I guess if it works with zombies, there’s no reason why it couldn’t in a beat-em-up!