"What the hell is with these notes?" I asked to everyone in the room, my hands flailing away at my plastic axe. It was not Guitar Hero: World Tour’s number of notes that confused me – playing Guitar Hero 3 previously introduced Neversoft’s admiration of superfluous notes for difficulty’s sake. Neversoft’s love of odd notes combined with its love of 80s power ballads had given birth to an entirely new note in World Tour: a purple one that spanned all five note lanes. My previous experience didn’t yield any clue on how to hit these long purple bars that were relentlessly assaulting my life meter. Soon my life meter was decimated, as was any remaining bravado associated with my mad Guitar Hero skills. 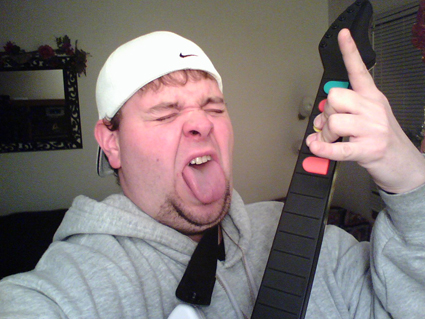 I am so awesome right now that it hurts.

It passed my mind that Guitar Hero had finally implemented a one-man band feature, and that I was one bass pedal attachment short, but that thoughts was quickly deemed too good to be true. So, knowing that Guitar Hero tutorials are so tortuously long that they are prohibited under the Geneva Convention, I paused the game and displayed an altogether different kind of experience, one that comes from checking the card catologue, calling411, and using a paper map. I checked…the game manual.

Soon after discovering that these mysterious notes were interpretations of open strings, several folks in the room expressed surprise that such information was even in the manual. This struck me as completely odd. What else would be in there, crossword puzzles? Maybe one of those 3D pictures that you have to cross your eyes for twenty minutes for, and then a guitar pops out, and a headache. I eventually realized that it was the same reason that nobody obeys traffic signs: nobody reads them.

In the old days (so old they might be olde or even olden), reading the manual was nigh-on required, and not just because it filled the time while one’s parents drove home. In those days, games loaded straight into their title screens, and directly into the game a button press later. The player would then be instantly beset by every masochist slant of the designer, with only the manual’s vague hints and poorly translated instructions to support their endeavors. Ignoring the meager assistance offered therein would only feed more sorrow and suffering to the heartless Japanese designers, causing them to grow in size and wrath. These horrible creatures threatened to spread darkness over the land forever, that is until one magical day. The clouds parted and a host of angels echoed a chorus so beautiful and perfect that it caused all of these vile creatures to dissipate under beams of pure love. That day, tutorials became interactive.

Granted, offering in-game interactive tutorials was by no means a silver bullet. Early offerings constituted little more than a designer shoved into a sound booth, dictating the tutorial aloud – we have seven hundred megs on a CD-ROM, how will we ever fill it up?. While it was nice to not leaf through a manual, inundating the player with information up front and then dumping them into the game didn’t do wonders for information retention. 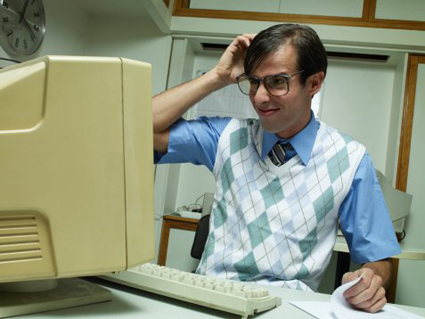 I think… I remember how to quit the game.

The next step in interactive tutorials represents where where games have more or less settled. The game will introduce a control or concept to the player and then give the player a chance to try it out. Most games start the same way; the player runs to a waist-high ledge and is stopped by a small window stating that the "A" button allows the character to jump. The player presses "A," jumps over the convenient obstacle, and learns how to make pancakes or harvest wheat or drive a bus or whatever oddball activity the game revolves around. Jump tutorials probably grant angels their wings now too – it’s far more common than bell-ringing.

Some newer games have taken this concept further, demonstrating not only controls but gameplay concepts as well. Half-Life is exceptionally progressive in this regard. In Episode 2, the player must shoot an energy ball into a receptacle to power a door to open. At first, the player will see a fully functioning receptacle-ball combination. Then they will see one that malfunctions on approach, shooting the ball out. The player knows that the ball should be there, and thus finds a new one and pairs it up. By demonstrating environmentally how things should work, the player is educated while a game-interrupting text window is avoided.

Assassin’s Creed achieved a similar result by forcing players to be needlessly aggressive and direct in its introductory sequence before slapping them on the wrist for such behavior by killing almost everyone the player knows. The message there was clear: don’t rush a bad guy or everyone you love will die. Contrast this with a game like Metal Gear Solid which left players to trial-and-error their way through its introductory loading dock level, leading to a stack of Snake corpses six feet high.

And yet, like any good American, I can find ways to complain about good things. I’ve recently been playing through Dead Space over and over, and each play-through featured the same game-halting text tutorials. These each only hold the game for a few seconds, but they’re downright annoying when I’m just trying to stomp my way to the next achievement. While this could be solved by a simple trigger to turn off the tutorials on subsequent play-throughs, there’s a better solution. Additionally, most developers must assume the player has no knowledge about games when crafting their tutorials.That’s great for the newbie, but I’ve been playing for twenty years. I know "A" is jump, and if it isn’t, I can figure out where jump is a whole lot faster than a game pausing everything to tell me. 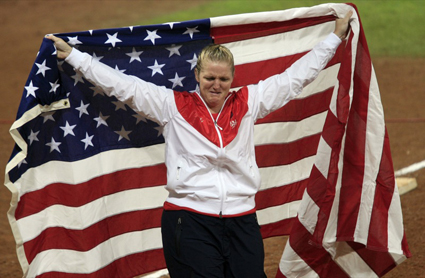 The tutorial took a whole ten seconds away from my game! The horror!

The next evolution of in-game tutorials should monitor and react to players’ actions. If one player finds the jump button in the first two seconds of play, that player doesn’t need to be told where it is anymore, and the game should bypass the jump tutorial completely. Simple enough, but games should monitor more than that. Developers should craft situations early in the game to indirectly test a player’s understanding of certain mechanics. For instance, throw a wave of enemies that are weak to a gun’s secondary fire. If the player uses secondary fire, everything’s gravy. If not, have an NPC shout that these monsters are weak to the secondary beam. If the player still doesn’t react, slowly escalate the directness of instruction until the game flat-out states that the secondary fire is the best to use. If they don’t respond after that, er, give up. Some people will just never learn.

I’m not foolish enough to think this is simple or easy to do, otherwise it would already be. Implementing a system like this would require massive amounts of iteration, testing, and focus testers from all levels of experience with gaming. But still, a system like this wouldn’t force a man that’s "Hot for Teacher" to pause his groove and rifle through a manual like some relic from 1988.