No matter who you are in the big, bad world of video game journalism, it’s difficult to dispute that Rocksteady Studios did something just… right with Batman: Arkham Asylum. Its free-flowing combat is inspired, the writing is dynamic; the game is really just a complete package of – dare I say it – genius. What we have on our hands is quite possibly the best superhero game made to date.

Apologies for being late to the party, but like many I was unprepared for Arkham Asylum, a game that truly dismisses old superstitions associated with licensed games. But what is it about the game that draws us in quite so much? 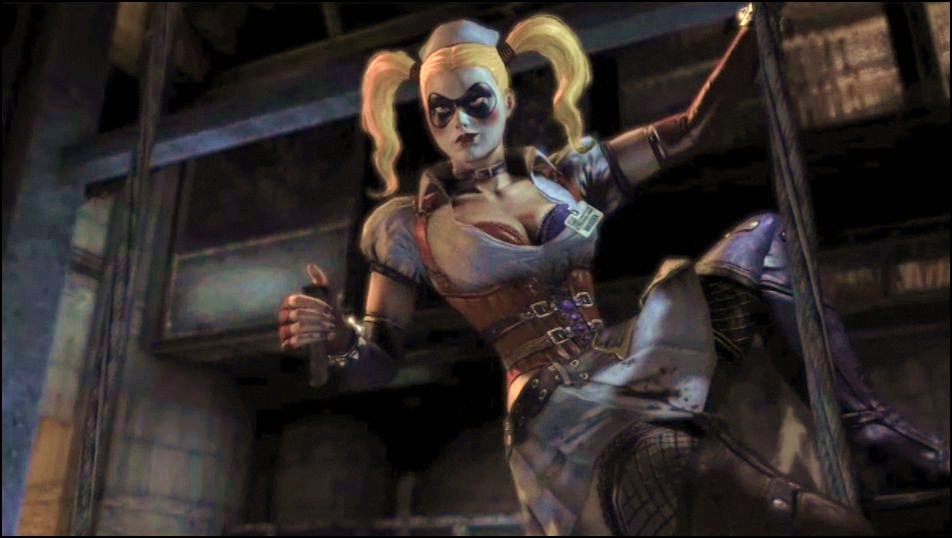 Such a broad question obviously has many equally adequate answers, but I argue that one answer stands tall above the others, an element within the game that is so blatant, so obvious that it’s easy to neglect it, to forget it’s even there. That minor detail comprises the voices of Batman, the Joker and Harley Quinn, respectively Kevin Conroy, Mark Hamill, and Arleen Sorkin.

Though the original films came out shortly before the animated series, the latter was a fixture on FOX. Each early evening after school, a legion of would-be costumed adventurers plonked themselves in front of the TV to see just which villain was plotting the next diabolical scheme. It was not as mainstream as the movies, but it was arguably more pervasive – they went after the children, after all. As a footnote on animated series’ influence, though the movies added nothing canonical to the franchise, Harley Quinn and other characters were later added to the DC Universe mostly whole-cloth from the series.

To appreciate just how permeating exposure to Kevin Conroy’s Batman has been, one need only look at his IMDB profile. The original animated series ran from 1992 to 95, then a similar series ran from 97 to 99. Picking up where that trail leaves off, he reprized the role for two years in Batman Beyond, as a much older Bruce Wayne, and finally Conroy joined the Justice League as Batman for another five. In short, he was never without work as Batman.

Is it any surprise, then, that Kevin Conroy would once again don the proverbial Batsuit for this latest game? Not really. What was a surprise, however, was the game’s focus on its characters as just that – characters. Batman has always been one of the most approachable superheroes since he has no supernatural powers, with the allure from his beginnings being the human connection. He hurts, he feels, he has emotions. He is Batman, and he certainly is not Superman. It goes deeper than that, though. At its core, there is simple logic in having Kevin Conroy voice Batman in Arkham Asylum, and yet this simple logic is moving licensed games in a whole new direction.

The Dark Knight in his animated form.

Having Conroy et al reprise their respective roles is an appeal to authority. There are so many of us who grew up with Mark Hamill being the Joker, not just voicing the Joker. His inclusion lends a sense of authenticity to the game. That isn’t to say that, for the most part, the writing isn’t superb. It really is. However, those parts that we might have otherwise groaned at and rolled our eyes are glossed over because it almost doesn’t matter; Batman said it.

Let me rephrase that thought: the use of Conroy, Hamill and Sorkin is an appeal to authority that lends credibility to the great efforts of Arkham Asylum, and it transforms the game into something astonishing. Did the game need the voice actors? Probably not. To be the game that it is, though, required every last one of them to be on board and be at their best. For once, Batman doesn’t have to be my personal avatar that carries out my actions. I’m not Batman, and I could never be Batman. That’s Kevin Conroy’s job.