It’s been a good year for Sony. The PS3 Slim has been well received both critically and commercially, and the happy side effect of the new design means the silly Spider-Man font has been consigned to the basement with the rest of Ken ‘Krazy’ Kutaragi’s ideas. There have also been some cracking first-party titles and, even better, the third-party developers have started to get used to the mighty machine’s complex infrastructure, meaning games are no longer generally worse than their 360 counterparts. It might actually be the year of the PS3 after all.

But, at the same time, the company has had a terrible time with keeping its exciting developments to itself under lock and key. Even professional mouthpiece Jack Tretton made fun of Sony’s inability to keep a secret during his E3 presentation. He was, of course, referring to the leaked announcement of the PSP Go, leaked amusingly by none other than Sony’s own Qore gaming show. After months of poorly handled denials, persistent rumours and unyielding speculation, it was almost too fitting for Sony’s PR department for it ultimately drop the ball on its big announcement on the big stage. 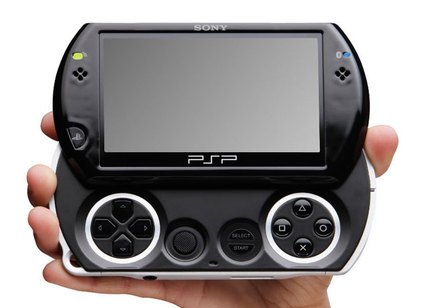 The blunders with promoting and marketing the device didn’t stop there. Few things have proven more embarrassing for Sony’s public image in 2009 than the PSP Go. Pitched as a premium contender to the iPhone & iPod Touch, its biggest problem – both then and now – was being a very expensive console in a time of economic instability; a problem further compounded by the realization that you could pick up a capable PSP-3000 for much less. And, regardless of what Sony say, it’s still not nearly as trendy as an iPod. Poor planning, perhaps, but Sony didn’t stop there: The Japanese giant managed to upset its loyal consumer base by withholding information about a UMD conversion program.

It was never going to work, thinking about it. Finding an easy way to convert UMDs to digital copies would have been an impossible task for Sony. But instead of realising this from the start, and admitting it, Sony’s PR department quietly muttered noncommittal maybes until it was far too late. Important features such as this – it makes sense to let your potential customers know whether or not they’ll be able to use their old games well in advance – should have been decided long before the handheld itself was ever leaked, let alone announced. Sony ended up keeping its potential customers in the dark until a week before the PSP Go was due to launch.

Things were made even worse by the hastily arranged and pitifully weak offer of three games for free for existing owners. In the EU, that is: American PSP Go owners got nothing whatsoever. Not a smart move in the age of the Internet; European buyers felt short-changed regardless and American adopters were frustrated at being left out. In irritation, venerated industry analyst Michael Pachter went as far as to say the handheld was a rip-off, although he later apologised for doing so. I’m not quite as diplomatic: the PSP Go has proven to be an expensive, poorly promoted, underutilised rip-off. Sorry, Sony.

The comparison is made all the more valid when considering the PS3 Slim, where Apple’s trendy styles were imitated by Sony to the best of its ability, culminating in a console that, for the first time, popped out onto shop shelves a couple of weeks after it was unveiled. For that, Sony deserves applause. But their development and production teams lacked Apple’s inimitable slickness, and the console was all-but-revealed months in advance: shots of the model found its way onto the Internet, factory workers spilled the goods and anonymous sources had the changes mapped out across plenty of websites. All whilst Sony’s PR executives sat and idly denied anything was going on.

The question is obviously what Sony can possibly do to help manage its flow of information in our fastidious Internet age. The Japanese core of the company still misunderstands the inherent familiarity that comes with the Internet, operating on a set of culture values that doesn’t include the West’s multitude of news-craving blogs and gossip-craving fans. There’s not much Sony can do about that, though. The other thing is, as revealed earlier this year, Sony’s plans can also be scuppered when the companies they communicate with make their own silly blunders, such as when Sega accidentally published their minutes from a meeting with Sony.

There’s very little Sony can do about their Japanese lineage or the failings of other companies. What they could resolve to do for 2010, however, is to understand when the gig is up. Like Jack Tretton’s self-deprecating admission at E3 regarding the PSP Go proved, a modest acceptance of reality goes down well with the punters. Rigidly denying the existence of an upcoming product, when it’s blatantly in production, only sours the opinions of even the most loyal of supporters. In the meantime, we can only wait and see how the company responds to this week’s reveal of these crazy motion controller patents.

For more news on the PlayStation 3, check out PS3Week.com