Let’s talk LGBT in gaming. Lesbian, Gay, Bisexual and transgender. Sexual diversity in gaming has never truly made a big impact, but the world is moving forward. Culture and society has advanced and homosexuality is much more accepted and tolerated than it was 30 years ago. Gay characters have been around since the 80’s in all media (Games, films, TV), but even now it is still subject to censorship and ridicule. Arguably, social change is the only sure way to guarantee any new acceptance of sexual diversity in gaming.

Because of the stigma on homosexuality in gaming, we have a stuck stereotype of how a lead protagonist should act and look. We’ve all seen them. An unambiguously straight, tough guy with a soft side. When in fact even if you don’t realise it, the sexuality of a lead protagonist /antagonist can be what makes them so interesting/annoying/cool etc. Games are slowly becoming more diverse in this area, take Mass Effect as an example. YOU have the option to be whatever sexuality you want. The same with Dragon Age, Bully, Fable, The Sims and many more.

A big question is “Does a characters sexuality change their persona?”. If your character prefers sex with men than women, that shouldn’t change their goals and actions. A homosexual character can be just as diverse as a straight one, but both can be pictured wrong. Masculinity is not always lower on gay characters, just as some straight characters may be the total opposite of the strong skull bashing role models. I mean, let’s look at Batwoman. Would she be any less sexy, feminine and tough if she wasn’t lesbian? It is true however that strong female characters are strung in second to male leads. Asian games are key for this point. Most strong willed, dominant female characters are portrayed as sex objects. Bigger boobs, ass and a quirky personality. Also look at Makoto from Enchanted Arms. A man so ‘openly gay’ he feels the need to wear makeup, slim line shirts and pants and use the nickname Yellow Otomegokuro (Woman’s feelings). Voldo from Soul Calibur is another example of an obvious homosexual/bisexual.

For others, homosexuality in gaming is something people prefer to enjoy at a distance. To know it’s there but not have to deal with those issues instead of example, a game in which your main protagonist is a homosexual in which the sub plot deals with them and drags you, the gamer, right into the thick of it. Not everyone is comfortable with that. Totally understandable. So does it come down to tolerance and how far companies are willing to go with the subject? I mean it’s not something we giggle about anymore right? Any serious attempt at LGBT content should be handled maturely. Otherwise of course people will develop negative feelings about it.

Back onto stereotyping. I know as well as you do, that it’s much easier to depict the straight guy as the tough, masculine hero who gets all the girls; and to depict the homosexual as the over the top, shove it down your throat happy, stylish helper. I know a lot of people who would prefer not to have social issues shoved down their throats when trying to enjoy a video game and ignore sexuality all together. Another point is to touch on how a certain group is looked at as closet homosexuals, priests or molesters. Yes, celibacy. Often the celibate individual in not only games, but all media, is looked at in the same way as all the rest. A case of judging something you don’t understand. Agreeable not many people are involved in this lifestyle, which makes it harder to understand.

In MY OWN opinion, I would like to see diversity in open choice. Let me, the gamer, decide what sexuality or path I take where possible. Not in every game obviously, that would be stupid. But on the most part at least give us the option! Options with everyone’s tastes in mind, just like Dragon Age’s attempt. Additionally, ‘statistics’ show that the ‘straight male’ carries a large portion of the gamers population pie, and you can’t argue with that. So I guess often games that give us the choice will focus more on lesbian interaction, because “that’s just how we work”. Before shunting that, look at Mass Effect. Allowed gay action between girls, but ignored male gay love. Subtle, but there. And it’s like that for many, but this is something that I don’t think will change. We’d be here forever if we got into that part of the male mind and how it thinks about sex. 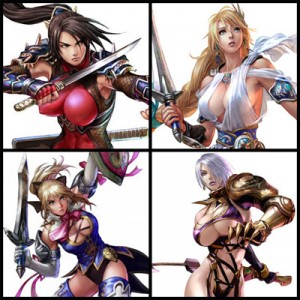 So what do you think as gamers? Should we sway into more sexual diversity in games? Do you think a characters sexuality changes your feelings towards them? Or try to not make a big deal out of it entirely?

I am an aspiring writer and gamer, hoping to further enter the gaming industry. UK based at the moment, and still in my learning prime!