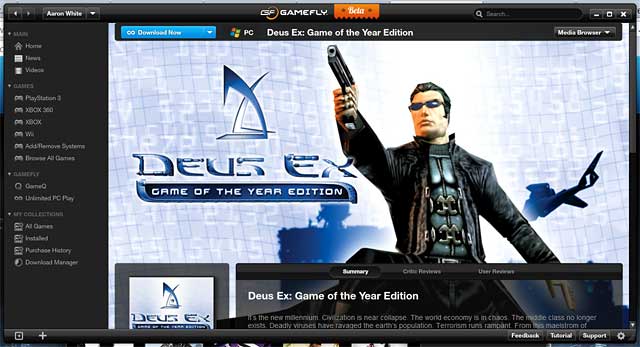 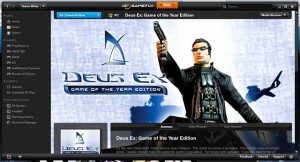 Perhaps not new, but definitely with a new face, Direct2Drive, which was purchased by GameFly from IGN last May, is now integrated into a new Digital Download client powered by GameFly. Released as Open Beta with a Free 30 Day Trial available, there are several Unlimited PC Play games available as well as downloadable PC games for sale. In addition, the PC client features a GameQ management interface and up-to-the-minute news and vibrant games pages with HD videos and screenshots.  Stated plans are for the Unlimited PC Play library to continue to grow with more core, casual, classic and independent games that gamers can download onto any of their PCs to play for no additional cost as long as they are active GameFly subscribers.

"We are thrilled to finally be able to open up the beta so anyone interested in video games can start using the client, and we are hard at work expanding our catalog of PC titles for our users to play for free in the Unlimited PC Play section," said Sean Spector, GameFly co-founder and SVP of Business Development and Content. "Casual to hardcore gamers can enjoy titles like Assassin's Creed, Deus Ex or Saints Row 2 to Earthworm Jim, Jewel Quest or World of Goo at no additional cost to their GameFly subscription."

There will be over 1,500 Windows/Mac games for sale, along with used console games and new console and PC releases for pre-order. Currently the Unlimited PC Play section includes games from the following publishers: