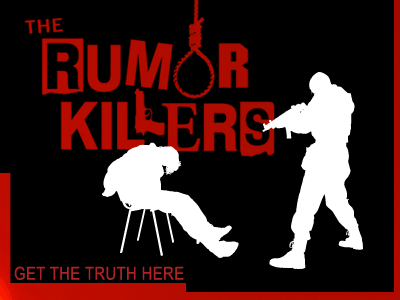 In our last edition of Rumor Killers we brought you word that Microsoft was expecting to release the first batch of exclusive Grand Theft Auto 4 DLC in November, alongside the new Xbox Experience. Turns out that might just be wishful thinking on Microsoft’s part though, and anyone looking for a reason to go back into Liberty City will have to wait until 2009.

According to a a source close to Rockstar, there is no way the new content will be released until next year, with January or February 2009 being pinned as the early possible dates the new content could make its debut.

The funny thing is, the first batch of DLC was supposed to be out by now, but was delayed so Take Two could "balance its release schedule," whatever that means. So that means that you, oh patient consumer, must be even more stalwart in waiting for the new content.

The biggest issue this raises is that by the time the content is released, will anyone care? Since the first batch will show up 9-10 months after the game’s launch, is anyone still going to be playing Grand Theft Auto 4? The optimist will tell you that this will bring back gamers who have wandered off to other titles, but I get the feeling that by 2009, a lot of people will have already traded it in, and will instead be playing Rock Band 2, Guitar Hero: World Tour, Gears of War 2, and all the other big-name titles coming out this holiday season.

So in short, it looks like Microsoft was being overly optimistic about the prospect of the DLC, and now Rockstar is giving us a dose of reality. We’ll bring you word on official confirmation once we get it, but in the meantime, don’t expect to see Niko and company again until the New Year.

It seems like a lot of people in the gaming community really, really want Nintendo to upgrade its products and give us something new and innovative. This is particularly true of the DS, which has remained more or less unchanged since its debut in 2004. While there have been a few minor design changes over the past four years, the handheld has remained functionally the same, and many believe that the system is started to show its age.

Given this lust for something new, Kotaku talked to several industry sources who claimed that Nintendo was indeed working on a major update for the DS, one which would make both screens bigger, brighter, and more touchable. That’s right: according to the sources, both screens would now be touch-sensitive, thereby opening up a whole new world of possibility (and potentially confusion).

The story also mentioned that any announcement made by Nintendo would be put on hold until sometime next year, meaning that confirmation will be hard to come by in the meantime. Nintendo helpfully spurred this rumor along by providing a no comment on the issue, and chalking up the current buzz to "rumor and speculation." The wording is a bit tricky, but its important to note that Nintendo has not actually issued an outright denial, but rather tried to deflect the story.

What it all comes down to is that a new DS, if it is indeed in the works, would make a lot of sense. Even though the system is currently doing well, sales have begun to slow considerably, especially in Japan, and the handheld is inching ever-closer to its fifth birthday, practically a dinosaur in hardware years. While we won’t be sure about this until next year, we’re going to let our naive hopefulness take over and call this one likely.

When word of the Wii’s new MotionPlus peripheral broke at E3, one of the first companies contacted was LucasArts. Considering the company is already working on The Force Unleashed and Clone Wars: Lightsaber Duels, it seemed reasonable that they’d have something up their sleeve and be working on some sweet 1:1 lightsaber action. Unfortunately, nobody bothered to tell them about the new peripheral, and they were all rather irritated by being kept in the dark.

Seems like this may be a case of forgive and forget though, as it appears LucasArts is ready to embrace MotionPlus in order to craft the ultimate lightsaber game. While it’s still too early to talk specifics, the shoe definitely fits, as a true lightsaber swinging experience is something fans have been yearning for so long as there has been Star Wars.

Realistically, there’s no reason for this not to happen, as Nintendo and LucasArts both love money too much to let an opportunity like this pass them by. Sure, there may be some sour grapes between the companies right now, but I’m willing to be that they will take those grapes, press them, and then age them into a sweet, sweet money-printing wine. This one isn’t exactly confirmed, but it might as well be; to not do this game would be just plain dumb.