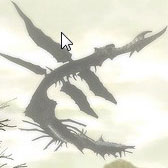 No, not all of them. That’s the honest answer. Most are contrived, churned out opiates for the masses, keeping kids and adults entertained with repetitive, popular concepts and paint-by-numbers imagery. Some games, however, just might make you think twice about whether or not these designers aren’t virtuosos of their time. For argument’s sake, let’s assume “the arts” cover literature, film, paintings, sculpture, music and the like.

Art stimulates a response, a feeling. The Oxford English Dictionary defines art as “the expression or application of human creative skill and imagination, typically in a visual form such as painting or sculpture.” Well, doesn’t that cover video games by default? They are created, from imagination (for the most part) by skilled designers, in a visual form (sculpted/programmed from scratch). OK, just because someone paints something, doesn’t make it art, I hear you cry. No. But when it’s done in a way that draws ‘oohs’ and ‘ahs’ from its audience, then perhaps it is. 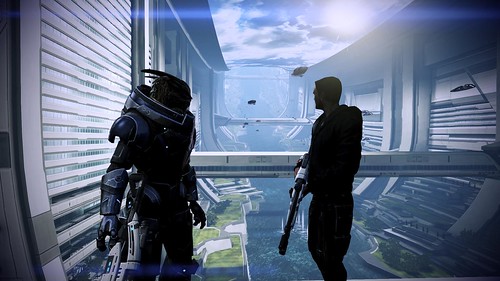 Games have subtitles, so technically the storytelling in them could be counted as literature, but let’s concentrate on other aspects of storytelling. The best games have a story arc that keeps you interested, surprised and that makes sense of the action. None so well as the Mass Effect series. This isn’t simply a case of choices that lead you to the same conclusion. You decide what happens to your crew, all of which you've grown to know and love (or hate) over potentially a hundred or so hours of gameplay. You've controlled the fate of these characters, you've developed them into who they are. The game plays upon your emotions and is an interactive form of art that takes you to a deeper place in your own psyche. What other art form does this? 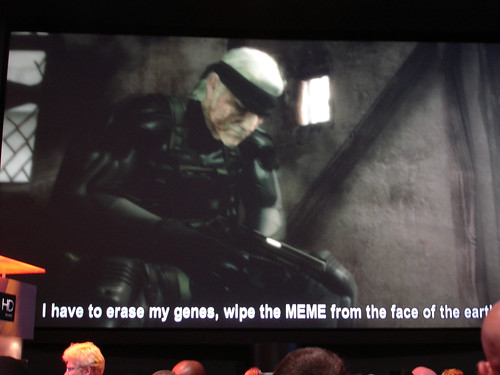 The cutscenes that punctuate each game are important to give your hands a rest and to provide exposition for the story. They control the narrative and mood of the game. These give the designers a real chance to shine. A great example is found in Metal Gear Solid 4, starting with a helicopter ride and ending in an epic battle that is like a modern Spaghetti Western meets the Matrix and they have a really cool, violent yet beautiful child. The helicopter circles above and provides great contrasting camera shots. A Hollywood producer would be proud of this scene.

Shadow of the Colossus came out in 2005 but it still cited by gamers as one of the most beautiful ever. It had a style all of its own, sweeping expanses of painting-like scenery. Almost every frame would look good hung in a gallery. Limbo was a puzzle platform game released by a new independent game studio in 2011. Its monochromatic, dark visualisation was quite gruesome in this ‘do or die’ game. Critics compared it to film noir and German expressionism. It won multiple awards and is a great example of the scope of artistry that games have. 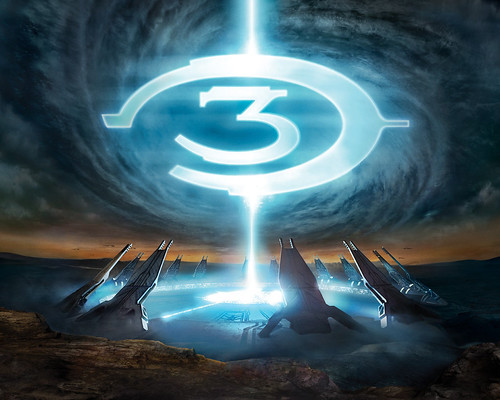 The musical elements of video games are integral to provide atmosphere, tension and pathos. The London Philharmonic Orchestra put their seal of approval on the music in video games in a concert “Video Games Live” and 2 CDs “The Greatest Video Game Music”. Halo’s soundtrack used the Chicago Symphony Orchestra and the quality of the music is not debatable. The academic and art worlds are recognising game music in their syllabus (e.g. Yale and Berklee universities) and awards (Ivor Novello Awards).

Video games embody all the key elements of the ‘arts’ and continue to push boundaries in what they can achieve on a screen. So, are you convinced that video games are art? For further evidence, the Smithsonian American Art Museum has recently hosted an exhibition entitled “The Art of Video Games”, celebrating the very things this article discusses!

Author: Alfie Davenport works in the technology department at Ladbrokes Games and is a keen, passionate gamer in his spare time.