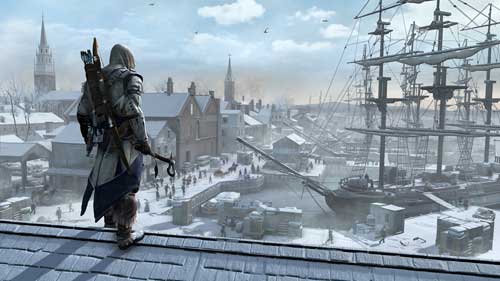 So, I've been sitting down to finally get some quality time in with Assassin's Creed 3 lately and, at about halfway through the game, I have to frankly admit that it's a marvel. The setting, the story, the mix of historical events and fiction set against the tumultuous birth of our country….one has no option but to be in admiration, nae, awe at the product that Ubisoft has conceived. However, there is something at the core of the product, almost a split personality, that is at the heart of the product that frequently both baffles and often frustrates the daylights out of me.

I am speaking of the optional objectives.

Anyone who's familiar with the series as a whole and AC3 in particular is no doubt all too familiar with these by now. For those of who who don't have knowledge of the series (shame on you!) every “memory”, or mission, in the game comes with objectives that you have to complete in order to fully complete each one. What this means in terms of the gameplay is that, as you are playing through the memories of your ancestor, your ancestor did all these things before. I don't mind the concept in theory, but in practice this can be extremely flawed, as some of these additional criteria you have to meet feel almost random to me. 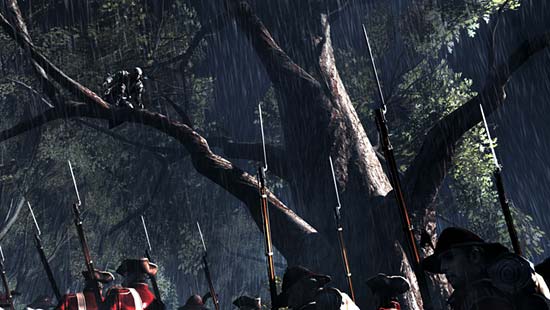 In one mission, for instance, you can be asked to perform an air assassination with a weapon that your character will drop if you try to scale anything while holding it, and in another you are asked to demolish a fleet of ships in 1 minute, 30 seconds. These are complicated challenges, true, but what frustrates me the most about them is that they have little or no connection to the narrative. If you don't wipe out that fleet in the time limit, what happens? You get a big red X indicating your failure, the mission continues, and at the end you're invited to play it again to complete all the objectives.

For a game that emphasizes story and narrative, these objectives seem to serve as speed bumps to the narrative and leads one to wonder if this isn't an attempt to try and please two different sets of players… the ones like me, who like to play the game in whatever way they want, and those who want to be given difficult challenges to rise to and the more difficult the better. However, just speaking for myself, these never really feel fun because of their apparent randomness and the fact that they feel so arbitrary. If I don't sink that fleet in 1 minute, 30 seconds, what happens even if I sink the rest of the fleet? Does the crew of my ship, noticing my lack of pulling off what would normally be considered impossible, begin to point and laugh at Connor causing him to lose morale, turn to drink, thereby ensuring the victory of the Templars? 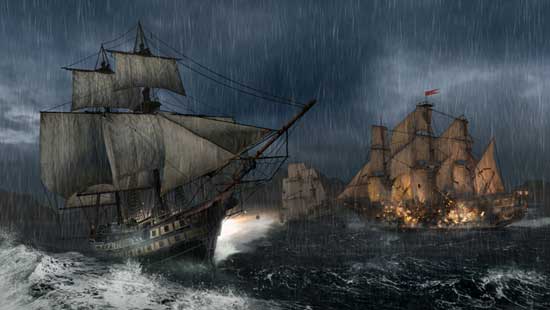 That's what annoys me the most about this situation in the game. I can forgive a lot of things in games, but one I can't forgive is a game that can't make up it's mind, that wants you to be both one thing and the other, and that calls something “optional” yet treats it as important to the game's progress. This makes me angry! And what makes me even angrier is that the rest of the game comes together so neatly, but then there's this other side of the game that never feels like it fits together with the rest of the game. I'll never stop liking and appreciating the series, but I will also not stop wondering why this scenario has remained popular enough to continue to carry over into this latest reiteration.