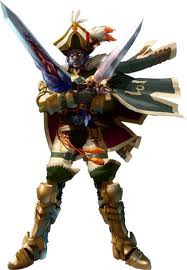 Some of us have been playing game consoles since we were young kids. In that time we've played many different types of game, but being younger it was always fighting games that seemed to draw us in. Maybe it was because we tried to relate to the characters as we fought our way through everyone. All young boys like to fight. Maybe not in real life, but in computer games it makes us feel indestructible. Do you remember who your favorite character was? The person you would go all the time because you wanted to be them? Check out these 5 great fighting characters and see if you had the same favorite as everyone else. 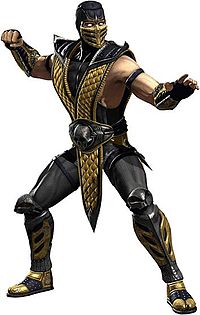 Scorpion was the undisputed king of Mortal Kombat for nearly everyone. Who wants to side with the good guys like Liu Kang, when you have the power to shoot a spear into someone's chest and drag them towards you as you shout, "Get over here!" Scorpion was one of the few characters to appear in all versions of Mortal Kombat and whenever you think of a ninja with the power to burn you alive by breathing fire out of his mouth he will be the first one that comes to mind. 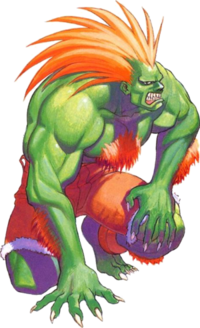 No one knows why Blanka has green skin and red hair, but we do know he raised himself far away from civilization because he was involved in a plane crash. He is one of the mainstays in the entire series and a favorite character of many. Perhaps because he could produce an electric shield that would destroy anyone foolish enough to attack him. When he wasn't on the defensive he also had a great rolling attack where he could fly at you like a cannonball. Does it bring back memories? 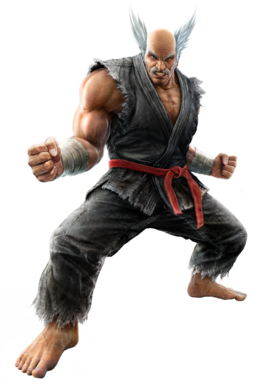 Heihachi is the grandfather of Tekken and someone you would find in all the main games. If there was one thing he did well it would be styling his hair and combing his moustache every morning. For being an OAP, he sure manages to keep up with the younger guys and his moves can match anyone. You'll know him as the head honcho, the main guy in the Tekken corporation who drops his son into a volcano after defeating him because that's how they do cremations in the Mishima family.

At one point you had to earn the right to play as Cervantes, but at the games progressed he was someone you could play as right from the start. Being relegated to a regular character didn't harm his reputation. It's hard to ruin the reputation of a giant pirate with a huge sword, who goes by a cool Spanish sounding name. He's a crazier version of Jack Sparrow and much more deadly. You're not going to get on a boat with this guy, though you probably picked him regularly for his awesome power. 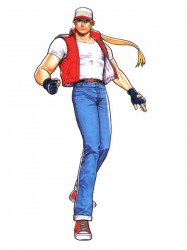 These days you would be laughed at if you were caught walking down the street in a baseball cap and cut-off denim jacket. It seems such a weird outfit that you couldn't imagine leaving home. But that wasn't the case a few years ago and Terry Bogard knew how to strut his stuff. That's why we all loved him, or was it because we pretended we were him? When you think of big Terry it gives you an escape. To a time where all your troubles can be sorted by swinging your fists and regaining your health is as easy as picking up some extra life. He definitely wasn't a special ninja assassin. Just a regular Joe.

This article is written by Gunther Stone, a gaming enthusiast. He works for www.stickgames.org, a website best know for stick game action collection.