"We need to eat in order to live — that’s our first priority. But entertainment and the enrichment of our souls must come in second place,” said a very defiant Shigeru Miyamoto on the UK’s Channel 4 News last week. He was being asked about how the credit crunch affects the gaming industry. While I salute Mr. Miyamoto’s enthusiasm and his no doubt genuine belief that the Wii and the DS can come second place to the necessities needed to live, he did dance around the subject matter. He knows Nintendo is safe. But what about the rest of the industry, Mr. Miyamoto? One of your competitors could end up as roadkill under your van of fun and entertainment as it careens down the financial highway with people gathering around the roads, their hands in the air with fistfuls of dollars, screaming “I want to get fit!”

It’s very scary to see Nintendo gain such a big foothold over its competitors. That’s not meant as a jab at Nintendo — if this had happened in 2002 when the PlayStation 2 was riding high, we could have asked the same thing. Except the Dreamcast didn’t need a recession to die. It just did. I must say, though, that I am extremely worried by the outlook Nintendo is presenting to the public. It’s less about the whole game industry; it’s more about their “us and them” mentality. 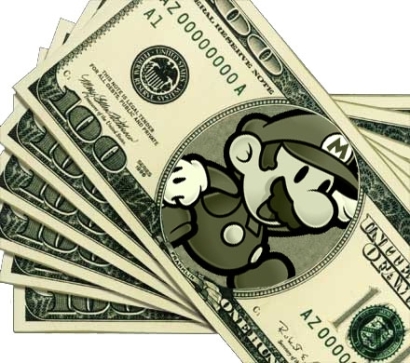 Nintendo seems so far from the rest of the gaming industry now that it’s hard to really define them as a video game publisher/developer. Sure, the DS is still there to make sure we remember that they are, but the Wii is such a novelty and a toy. Then again, isn’t this what Nintendo has always been doing? I mean, they’ve never been close to the hardcore faithful, anyway. Look at the Power Glove. Need I say more?

The point here is that someone could pay: either Microsoft or Sony. Not both, but one of them. At the moment, my head cries out that the PS3 is falling behind and that Sony is going to struggle to keep the PS3 viable. But a whisper in my mind reminds me of the PSP’s resurgence. And now figures have arose that show that the PS3 outsold the Xbox 360 in Q2 worldwide, and that its all-time worldwide hardware sales are at 16.84 million units. A big surprise indeed. Also, let’s not forget Sony’s resilience; I can’t see them giving up on gaming. On the flip side, what about Microsoft? The Xbox brand has hardly been top earner for the company, but with sales of the 360 reaching 22 million worldwide and proof that it has already achieved a vast improvement financially over the original Xbox, Microsoft is in quite a comfortable position. A slew of new first party titles have and will reach us before the year ends, and the New Xbox Experience looks set to beat the release of PS3’s Home. We must also remember that Microsoft is a company with many hands in many pockets. So maybe it’s status quo that Nintendo focuses solely on making as much profit from their games as they can, because it’s one of the few pockets they do have their hand in. And, to be quite honest, they’ve needed a boost like this for years after so much failure.

So it’s alright, then, if you listen to Miyamoto and Nintendo! The gaming industry won’t be affected by recession! Spending is still at a high and nobody looks worried. 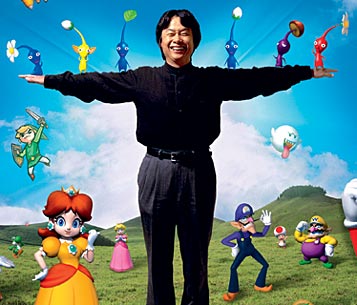 Well, I don’t know about you, but I just took a nervous glance to the right — toward that Avalanche in full flow with 77 people running away from it. The news of Avalanche Studios shedding 77 employees is disconcerting, to say the least. While it has been blamed on two publishing contracts falling through, you have to wonder if that’s the real reason why.

Then again, Game Developer Research has just released their second annual census and revealed a 12% increase in workforce within the industry, while Canada’s industry employment has jumped up 17%. These are staggering numbers. The press release reads:

"Some of the North American increase appears to relate to a filling-out of major next-gen game staffing, but much is due to the continued funding for MMOs and online worlds. Thanks to the success of products such as World of Warcraft and a continued growth in free-to-play game worlds, venture capital funding into game-related online companies has increased significantly."

Maybe I’m being paranoid. Maybe I’m thinking too much about the infamous video game crash of 1983/1984. There are no universal calamities like E.T. the Extra Terrestrial waiting to happen, because gaming has grown up; care is put into predicting sales, which then affects how many copies of a game are produced. There is no mass wastage anymore.. Discs are also way cheaper than big bulky pieces of plastic with all sorts of wires and chips inside. They didn’t have the boom of the MMO back then, either. Nintendo is not about to come full circle and pull an Atari, Sony is not going to pull a Sega, and Microsoft — well, they certainly haven’t worked this hard to inject their way into the home console market only to pull out less than a decade later.

Maybe gaming is immune to the effects of the global economy, much like cinemas back in the early 1930s. People still needed to be entertained despite what was going on outside the theatre. To this day, people still need to forget all about their woes and worries, as well as the worries of the world. Maybe, just maybe, the Wii IS second to a lot of people outside of the basic necessities. (I don‘t know about you, but if I put my Wii ahead of my girlfriend I think she‘d kill me.)

As Mr. Miyamoto also said in his interview with Channel 4 News, Nintendo is aiming to provide “reasonable and affordable entertainment.” The Wii is a little, unassuming box that provides lots of entertainment to all sorts of different people. Why can’t the Wii be what the cinema was to people back in the 1930s? As for Sony and Microsoft: they’ll still be in the market for a while, especially considering their efforts to undercut the Wii’s prices. The two feed off each other enough to create a solid share of the sales. But should one of them fall behind, don’t presume it’ll all be okay.

As for the average gamer — well, they will scrape money together to still buy the games they want. It’ll just mean going out less and wasting less gas, and maybe staying in more to play games with loved ones rather than going out. So how will people buy games if they’re trying to go out less? It’s easy: stick to the online route and don’t waste your money travelling. Do you see a problem here? I do, and it‘s for the likes of EB games, Gamestop and countless others. Which, in turn, is a problem for their employees. Which, in turn, is problem toward their spending habits. Which in turn, is a pro– you get the picture.

Overall, I believe gaming is safe for now. Will it stay safe? Many signs point to yes. But I’ll leave you with a quote from an enigmatic video game character: “Prepare for unforeseen consequences.” We will, G-Man. We will…