Move over Mary, there is something about dragons! The more we see of them, the more we want to see them. No longer the socially reticent characters hiding away in deep, dark lairs, dragons today are everywhere. From literature to celluloid to online games, dragons have forayed out into the world and how! The Harry Potter books and movies may have wound up, but dragon popularity is showing no signs of slowing down. With How to Train Your Dragon being a major hit and theatres gearing up for the sequel next year, it seems like dragons are on everyone's minds.

We gamers are no strangers to dragons either. From dragons as evil bosses to dragons as our pets, from undead dragons to dragon-human crossbreeds, from the powerful ones to the lovable ones, we have pretty much seen it all. Online gaming experiences with dragons are always adrenaline pumping, whether you happen to be fighting them or riding them, leading to more and more dragon games being released in the market.

Of the plethora of online dragon games available these days, here are 3 of my personal favorites: 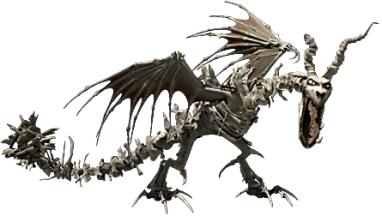 Image from School of Dragons

This game is an unusual but refreshing mix of dragons and science! While it markets itself as an educational game for kids, it is definitely something all dragon lovers should try. This recently launched game is based on DreamWorks’ How to Train Your Dragon franchise. School of Dragons adds a whole new dimension to the dragon-gamer relationship. Players take on Viking avatars and develop an emotional bond with these winged creatures – something that can't be said about most of the dragon games available online. And if you thought dragons are usually only menacing, wait till your dragon eggs hatch to reveal cute little ones that you can play with and train in this exciting role-playing game!

My next favorite online dragon is a far cry from the friendly ones that I just mentioned. World of Warcraft's DeathWing is everything that we expect a dragon to be – monstrous, frightening, and extremely difficult to defeat. A lot of things work for World of Warcraft and make it the great game it is and DeathWing is definitely one of them. If you find yourself miserably failing to tame the hard-as-hell boss in WoW, take heart, you are not alone. Just take a look at all the YouTube videos of people and their attempts at defeating DeathWing! 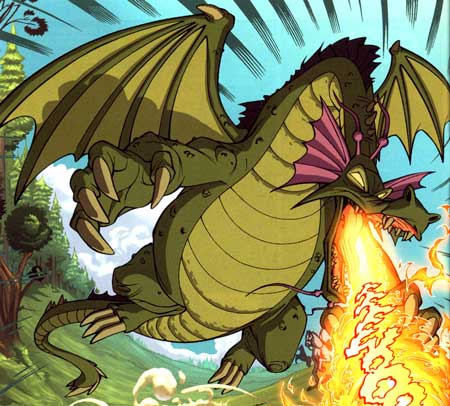 Dragon's Lair is a classic dragon game that was created by an ex-Disney animator, but its fame is not why the game finds a place on this list. Anybody who has played this game will agree – the animation here is out of this world! I am absolutely enchanted with the game's graphics as well as the simplicity of the concept. And the dragon here, Singe, is deliciously devil. The fact that Dragon's Lair is one of the only 3 games kept in storage in the Smithsonian Institute in D.C. says something about it too!

Keeping in mind the wide range of dragon video games available now, one thing is certain – the world cannot have enough of dragons. With each new game upping its quality to outdo its competitors, I sense good times ahead for the dragon lovers among us gamers. Happy playing!

Kate Anderson is a blogger and freelance writing professional interested in everything to do with kids and gaming. Always on the lookout for something interesting to do online, Kate is especially fond of exciting virtual world games. Her writing reflects her love for fun online games.