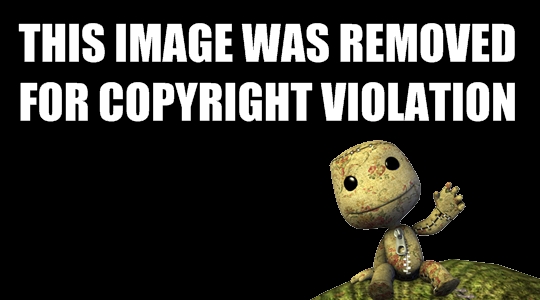 "Play, create, share." If you’re like me, LittleBigPlanet’s mantra was one of the reasons you got the game in the first place. Unfortunately, since launch it may as well be "Play, create, deleted."

In the two plus weeks since we were all graced with the presence of SackBoys inside of our PlayStation 3s, there have been innumerable player creations spreading like SackBoy venereal diseases through the virtual populace. Things haven’t been so peachy, though, because countless creators have had their levels deleted with no warning, and no explanation. Last week, a large group of creators had their levels suddenly deleted within a space of minutes. There was one common thread: copyrighted material.

In the week that followed, people argued and complained so much that Sony decided it was time they lay down the ground rules:

The first one is easy enough to follow and understand. No one wants to walk into the room and find Little Billy and Tiny Susan playing a level where they’re racing on a giant penis through flaming penises while wearing penis shaped hats. (Well, almost no one.)

It’s the second one which has caused some confusion, and which Sony and Media Molecule need to take a good, hard look at.

With the advent of YouTube and other websites allowing users to share copyrighted material with others, lawyers have been getting a little jumpy when it comes to protecting intellectual rights in a peer-to-peer media environment. The second anyone sees anything using someone else’s creation, shit hits the fan. (Not literally, although I’m sure I played in a level like that the other day.)

What I don’t understand is how Sony and Media Molecule can be removing so many levels for copyright infringement due to player reports alone (many of which may be faulty; lots of creators have had their shared levels taken down for no reason). But has a company, artist, actor, or musician complained about their likeness being used in LittleBigPlanet? Not yet. It’s all pre-emptive.

What’s even more confusing is the fact that a good chunk of the levels being taken down due to infringement are Sony properties, such as God of War. First off, fans who pre-ordered the game at GameStop were given a Kratos costume, and the materials necessary to construct a God of War level. So why are people being punished for creating a Sony game level in a Sony game with materials Sony gave them? Are we even allowed to use the Kratos costume, or is that an unauthorized use of someone else’s creation? And while the definition of fair use is shadowy at best, I’m sure plenty of the deleted levels fell within the circle of fair use or parody laws in the United States. Do those same laws govern foreign gamers? No, but why not just lock those levels to players in countries without such laws?

Now, I admit my knowledge of law comes from a few years of classes and no actual legal practice, but I still believe this entire thing has just been handled poorly by both Sony and Media Molecule. The two overreacted by deleting levels with no warning (why not just message the creator and tell them to change it or it gets deleted instead of deleting it instantly?), and then removed many well-received and enjoyed levels because they were afraid of the possibility that somewhere down the line someone might get upset, and then others would follow suit.

I’ve seen a lot of the top levels in LBP, and I’ve seen a lot of players show creativity which goes way beyond what I expected to find — even when they were using other people’s intellectual properties as their medium. Why can’t your legal department employ a little creativity of their own, Sony, and use these early days of LBP to take a stand and set a precedent for a future where all of the little SackBoys and SackGirls are free to create whatever they can imagine (except for penis monsters), and where material will only be deleted for violating copyrights when the holders of said copyrights ask you themselves to act? Wasn’t that the entire point of the game?