Sometimes you just can’t put things in a theme. As such the theme of this week’s Bargain Bin is the complete lack of a theme. We have a couple of solid, random games here that you can purchase without breaking the bank and if random stuff doesn’t appeal to you, well, too bad! It’s my column and I’ll do with it what I want! So sit back, open a bag of Doritos (Cooler Ranch preferably) and enjoy this week’s Bargain Bin. 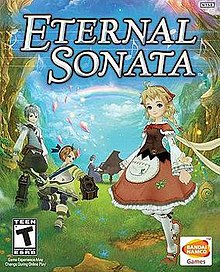 By most accounts, Eternal Sonata isn’t a great RPG, but it also isn’t a bad one. It falls into that category that one can merely term as solid. I like solid games. They serve as good filler between those titles that define the gaming generations, and more than a few times, I’ve actually enjoyed the imperfect games more than the ones that supposedly earn the coveted “triple A” status.

Eternal Sonata follows the adventures of the terminally ill Polka, who, for all intents and purposes, is a figment of the dying composer Frédéric Chopin’s imagination. It’s initially a pretty unique story, though it kind of ends up feeling like a generic JRPG by the end. Personally I find the whole music-themed name thing a bit annoying but it’s enjoyable enough and isn’t anything to complain about.

The combat system is turn-based, as one would expect from most RPGs. You engage your enemies on a free range map where you can move your characters around freely. To attack an enemy you simply approach them and then start whacking away, doing your best to get in as many attacks and special attacks as possible before the accompanying timer expires. It’s not great, but it does the job and will be moderately enjoyable to fans of JRPGs.

There isn’t much I can say about the game. It doesn’t break any new ground, but rather survives off of the good qualities of the games that came before it. This might make it anathema for those who have become tired of the conventions of JRPGs, but fans of the genre will likely derive some enjoyment from it, and it’s not too expensive for the experience. 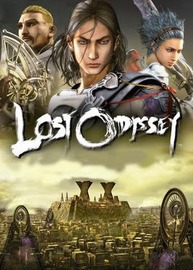 If there was a game that almost convinced me to buy an Xbox 360 — yes, I’m still a holdout — it was Lost Odyssey. Being a fan of Final Fantasy, and by extension taking a great interest in the work of Mystwalker Studios, Lost Odyssey appealed to me mainly with it’s epic storyline. Apparently that is most appealing part of the game.

Trapped very much in the conventions of JRPGs, Lost Odyssey features a combat system that might be a bit too antiquated for many modern, and especially American, RPG fans. You have random encounters, you take turns, and by the end of the game you’ll have pushed that good ol’ “Fight” button about a million times. This isn’t a bad thing. I like old style RPGs, especially those with good stories, and I’m certain there is at least some portion of the population who shares my tastes in gaming, but the fighting style will nonetheless be a turnoff to some.

In the end, however, the undeniable fact is that Lost Odyssey is at least a solid, worthwhile game. The plot, following the immortal amnesiac Kaim, is mature and epic in nature and will likely appeal to more than a few gamers who value a good story over the sheer thrill of straight action. Sadly, I haven’t played it, but who knows, given time I might finally find myself influenced to purchase a 360, and with the price of Lost Odyssey well within my range of spending, it will easily be one of my first purchases.

Sometimes the best bargains aren’t necessarily cheap. For instance, Fallout 3 is still pretty new, and as such is bound to cost you in the least a flat sixty dollars for a new copy. That being said, the sheer massiveness of the game guarantees that if you put in the time, the game will keep you entertained for hundreds of hours. The moral of this little lecture is that while cheap games are nice, sometimes it does pay to shell out a little extra for a game you know will keep you occupied. After all, while money is always a worry, as long as you enjoy the game it’s still money well-spent.