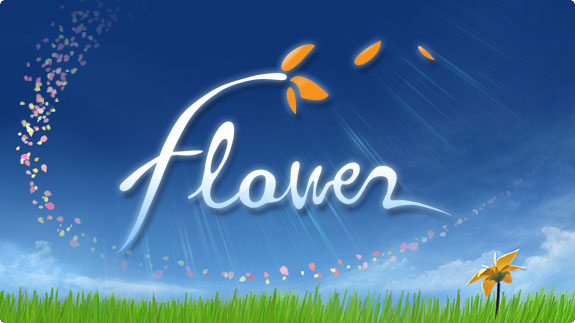 Flower Video Game Review
TGR brings you a review of the recently released sequel to Flow, Flower. Is it better than its predecessor? You’ll have to just check it out.

The 360 beat out all consoles for the week of February 16-22, including the PlayStation 3 and the Nintendo Wii. PlayStation 3 sold 16,149 and the Wii sold 16,973 units. This being said it definitely stomped the console competition, but what about the handhelds? Well, the handhelds sold even more, but the 360 still took the win. The PSP sold 29,552 systems and the DSi sold 41,839 systems.

The 360 was helped in part to Square Enix’s new release Star Ocean 4: The Last Hope for Xbox 360, which sold 162,232 units during the week. But that doesn’t change the fact that the Xbox 360 did beat all the consoles and handhelds last week.

Sony Chairman and CEO Gets New Title
Howard Stringer, Sony chairman and CEO, is to become the next president of Sony. The current president, Ryoji Chubachi, has stepped down to become vice chairman paving way for Stringer to take the reins.

Sony, with Stringer at the top, plans on reorganizing the company’s businesses “to improve profitability” during this economic crisis. Stringer will officially start as the Sony President April 1st.

Street Fighter IV PC
Street Fighter IV recently released on the PS3 and Xbox 360, but the highly reviewed game will be to be released for the PC. When Videogamer asked Capcom when we might see the PC version released, Christian Svensson, Capcom Vice President, said, “Let’s say summer.” The Capcom Vice President also added that they are currently in talks with Mad Catz about bundling the game with MadCatz’ pads and sticks.

Ah, I hear the PC Gamers saying, “So, you’re saying we’ve got a chance?”

Dead Space: Extraction Won’t be a Rail Shooter
The first trailer for Dead Space Extraction has been released, and it seems that it won’t be a rail shooter. In fact, Blend Games reports it will be a “Guided First Person experience.” What does that mean exactly? Steve Papoutsis, Executive Producer of the game, said, “The player will be presented with many choices as they play the game, ranging from which path they wish to explore to maneuvering in Zero-G.”

Dead Space: Extraction is to be released for the Nintendo Wii as a prequel to the original game in Fall 2009.

Ready At Dawn: Making a Comeback?
Ready at Dawn, developers of God of War: Chains of Olympus and Daxter, are in talks with Sony about returning to work on software for the PSP, according to Kotaku.

The studio quit developing for the system last year, and now it seems, Sony might want them back. John Koller, Sony Computer Entertainment of America directory of hardware marketing, said, “The conversations with them (Ready at Dawn) continue.” Then he went on to say “Don’t give up on Ready at Dawn yet.”

With speculation of a new PSP and new great titles being confirmed, this might help along Ready at Dawn’s decision.