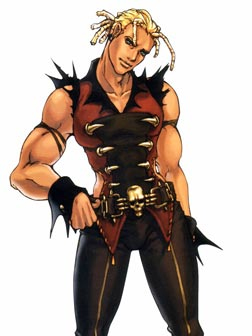 I envision a game.

Not a flashy game, with hi-res graphics and a symphony scored soundtrack, but rather a simple one. A platformer, let’s say. You turn it on and upon selecting “new game” you are treated to a lovingly cheesy cutscene rendered in all the glory an 8-bit console could muster. You’re a mercenary, fighting aliens that have shot down your helicopter and taken your partner hostage. It may sound silly, but some great games have been made on even less pretext than that in the past. It won’t be an overtly long game, just hard. Ninja Gaiden hard. Hell, we’ll even go for Contra hard. The designers might even include a modern day version of the Konami code just to make a few people nostalgically misty-eyed.

So you’re playing through this game, blowing stuff all to hell, collecting power-ups, trying to time jumps and dodges against those deviously placed baddies that developers loved putting in games back then. Overall, the game is a blast of the retro variety. You finally make it to the end boss, an appropriately monstrously difficult beast of an alien that makes the Queen at the end of Aliens look like a grasshopper. After several continues, you finally fry the thing and proceed to the long awaited culmination of your efforts: the reunion with you partner. Your expectations are generic; the two heavily muscled gents, distinguishable only by the fact that one wears red instead of green will approach each other, give a high five and tell you what an awesome dude you must be to have gotten this far.

Rather, the two approach each other and after giving a very unmanly hug, press their lips together, prompting a heart to appear above the happily reunited couple. They aren’t “partners” of the Lethal Weapon variety, but rather of the Brokeback Mountain kind.

On April 7, 2009, the Vermont legislature voted to override the state governor’s veto on a bill to make gay marriage legal. That same week, the Iowa Supreme Court decided that maintaining a hetero-only standard for marriage was unconstitutional. It was a big week for supporters of marriage equality in the aftermath of California’s unfortunate passage of Proposition 8 last year. The future looks to only get better for homosexual couples. Several other states are already looking into their own movement toward legalizing same-sex marriage.

So why is homosexuality such a non-presence in video games?

Admittedly, while gay rights groups have been making some serious headway in past years toward making America a more tolerant country, homosexuality is not quite considered a normal thing yet. Any developer putting out a game featuring a prominent, non-stereotyped or sexualized — a la Fear Effect — rendition of a same-sex romance would be making a pretty obvious social statement, but really, what’s wrong with that? Wasn’t Metroid making a statement when gamers found out Samus was a girl? Is it not something we remember with pride and nostalgia today as one of the defining moments of a generation of gaming?

So why is it that often the presence of gays in video games is trivialized to the degree it is? It may not be the norm, but why must homosexuality be treated so often in terms of jokes, or as yet another opportunity to see a couple of pixelated women kissing? Oftentimes it seems like the only time you’ll hear talk of homosexuality in gaming is listening to thirteen-year-olds insulting each other during death matches, which is sad.

Gaming in general could really benefit from some diversity when it comes to gender roles. And not just in open-world games; Fable 2’s option to pursue a same-sex relationship is not the same as a story that requires you to either accept it as okay or get the hell out. Maybe the solution to obnoxious kids calling each other fags is to present them with a badass game that doesn’t shove outmoded versions of masculinity down their throats. Maybe gaming as a whole could mature if the average gaming hero bicep didn’t exceed the Governator’s during his most steroid-ridden years.

Video games have a problem. They are the future of entertainment; more profitable and arguably popular than films, books, and music. As portrayals of social attitudes, however, they often tend to be relics. Where other mediums are constantly pushing the sexual, social, and moral boundaries in terms of content, gaming seems only to make its leaps and bounds in terms of hardware. Video games have a unique ability to put you directly in the shoes of a character, be they a soldier, a knight in shining armor, or even a gay man (who could theoretically be either of those). This ability, and the empathy that could potentially spring from it is an influence that is to often squandered on the same old same old. Video games can do better than that. We deserve better than that.