E3 2009 may have come and gone, but its impact will last for months. With so many huge announcements and big name blockbusters on the way, the return of our industry’s greatest spectacle to its former extravagant glory seems to have been a resounding success.

Well… not entirely. Being the nitpicker that I am, I realized that quite a few previously announced games were noticeably absent from the hustle and bustle of this year’s show. Development problems? A less-than-confident publisher? Game just ain’t no good? Who knows, but here are the most notable no-shows:

We have heard that Bizarre Creations is building some kind of James Bond title, but this secret agent seems to have been a bit too stealthy during this year’s E3. Let’s just hope that it’s better than the dreadfully dull Quantum of Solace.

Michel Ancel’s highly-anticipated sequel had fans salivating after its announcement, but hearts were broken when we were told that the game would not be appearing at this years show. Another reason to be thankful for footage leaks.

While this makes sense in a way–so as to not steal any thunder away from the Fallout 3 DLC–the lack of new information or even a paltry trailer for this post-apocalyptic follow-up is a bit disheartening.

Ubisoft recently confirmed that a new Ghost Recon would hit within the next fiscal year, but Sam Fisher’s triumphant return seems to have assassinated any footage of the Ghosts that could have been shown. Ding Chavez and the Rainbow 6 crew were also MIA.

Holding back the tears as I write this might be the toughest task that I have ever been faced with. The Half-Life episodes have been nothing short of astounding, and the talk of Episode 3 bringing never before seen elements into the Half-Life universe leaves my mouth agape. Yet–once again–not a peep was uttered about it at this year’s expo. Valve…why must you break my heart?

Ubisoft’s survival-action game impressed many last year with its post-apocalyptic parkour action, but nary a word has been spoken since.

Indiana Jones and the Staff of Kings

Lucasarts was noticeably low key at this years event. They didn’t have a booth on the show floor, saving all of their stuff for a private meeting room in the upper hallways of the LA Convention Center. But Dr. Jones wasn’t in there, nor was he spotted anywhere in Nintendo or Sony’s booth alongside the other high-profile third party titles. This is especially worrying since the game ships this week! Where is Shortround when you need him?

Penny Arcade: On The Rainslick Precipice of Darkness: Episode 3

Another episodic title that was nowhere to be seen, this next chapter of the Penny Arcade saga was as difficult to find as a fruitf*cker in a grocery store. I’m betting that this one will be in hiding until PAX.

Despite the massive enthusiasm gathered after last year’s Pikmin 3 reveal by Mr. Miyamoto, not a smidgen of new information was given this year. Will we ever see you again, Captain Olimar?

See my Half-Life passage above, except add much less restraint and far more tears. We know that its being worked on and we are sure that it will blow minds, but that’s it. Need this now please. 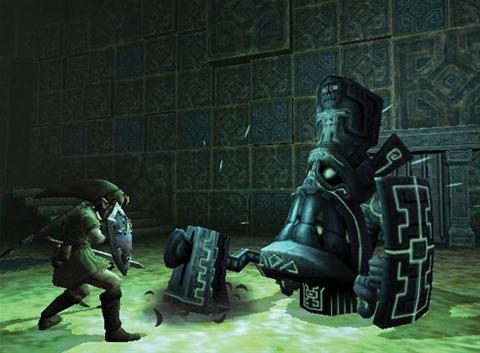 Human Head Studios showed off some concept art for this mind-bending sequel awhile back, but nothing new has been released for quite some time. I contacted the studio to make sure that this title was still in production, but have not yet heard back as of press time.

id’s latest has been spoken about a lot in the past, but nothing new was seen or heard during this year’s expo. The next Doom was another noticeable ghost.

Like Lucasarts, 2k Games didn’t have any space on the show floor. This means that Rockstar’s upcoming blockbusters were nowhere to be seen, aside from some Red Dead Redemption footage appearing on the big screen in Microsoft’s booth. What gives?

This threequel to Parasite Eve got fanboys (present company included) into a frenzy about the return of Aya Brea, but the lack of any updates during Square’s enormous video presentation at E3 has me worried that this party might not ever start.

The Legend of Zelda Wii

Sure Spirit Tracks was playable, but the hardcore Zelda fans have been waiting for a glimpse of the next home console version for some time now. Since this one will be the first built exclusively for the Wii, it will be interesting to see what will be done with it, especially with Motion Plus and the Balance Board available for use. 1:1 sword combat, perhaps?