What makes for appropriate downloadable content? In this week’s feature, Ryan Skees attempts to answer that question extensively, covering everything from costume packs to unlock codes, and micro-transactions to horse armor.

A few days ago I was looking at some of the downloadable content for The Last Remnant. In my haste to gobble up as much free content as possible, I accidentally purchased DLC that unlocked three “special” formations for my in-game party of heroes. While seemingly innocuous, I realized later that what I had purchased fell into the dreaded realm of the micro-transaction. This led me to question who the hell would actually pay 100 Microsoft Points for three lousy formations?

Before you say, “Idiots who don’t pay attention to what they’re doing on the marketplace”, think about it a bit more; micro-transaction DLC packs are becoming more frequent, and that means people are actually paying for them. Hell, even horse armor still sells. But how does something like an optional costume compete with Fallout 3’s Broken Steel, or Call of Duty 4’s map packs? What will all gamers clamor to buy? If I knew the answers to those questions, I wouldn’t be writing this article, nor would I share the idea with anyone that wasn’t coming to my house with a truck full of money. However, I can offer my thoughts on what I think makes DLC appropriate, be it horse armor, Sackboy costumes or a whole new world to explore. 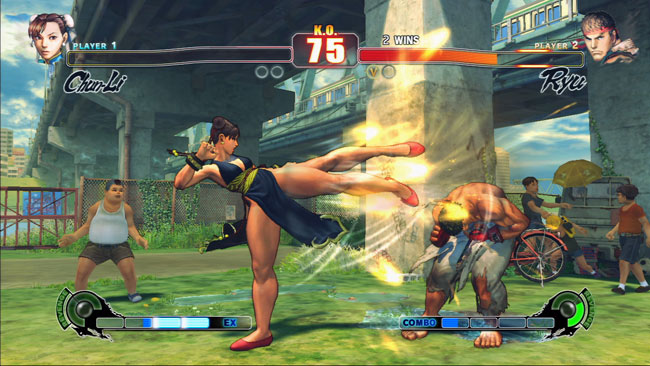 Regards micro-transaction DLC, one of the most controversial was Battlefield: Bad Company’s proposed unlockable guns. In the game’s original plan, the player would be able to unlock these guns by purchasing the Gold Edition of the game, by reaching the maximum level of 25, and by buying them individually online. After a sharply negative community reaction, publisher EA nixed the microtransactions two months before release. But why did so many people feel that this was inappropriate for DLC?

Let’s compare BF:BC’s guns with other similar DLC packs. In Street Fighter 4 you can download extra costumes for your fighter that you can’t unlock in-game, the same for your Jedi in The Force Unleashed. Even the infamous horse armor pack for The Elder Scrolls IV: Oblivion presented content that couldn’t be unlocked in-game. See a pattern here? People hate paying for unlocks of material that can be obtained otherwise in game. Surprisingly, this wasn’t actually the first time EA had tried charging for such unlock codes. Tiger Woods PGA Tour 07 charged players for cheat codes that were available for free on other systems, with customers primarily upset that they were paying for content that was already on the disk. Yet the Tiger Woods titles have continued to use the micro-transaction model for optional content like stat-boosting equipment, and this has bled through into other EA franchises like Need For Speed.

Micro-transactions in general seem to receive more flack than other forms of DLC, and I can’t say that I’m a huge fan of these packs myself. I have no desire to optionally look at Ryu’s bare chest, or to don glistening armor upon my pony. However, I’m certainly not opposed to companies releasing these packs. Lowering the price in general would probably help to improve their image, but since they’re making money at the moment, I don’t see that happening any time soon. Still, it’s a fairly cut-and-dry issue; if you like the packs, buy them. If you don’t, then don’t. There’s really no need to raise hell over not getting to play as Proto Man.

Micro-transactions are far from a perfect way to release extra content, though. In short, when I pay $60 for a game, it’s hardly unreasonable for me to expect there to be a fair amount of content in the game. In a game like Oblivion, the small packs are simply not good value compared to the larger expansions like Knights of the Nine. Even without the larger content packages, when there is already so much content within the game, one dungeon isn’t going to feel like something worth spending money on.

The micro-transaction model lends itself most to free-to-play massively multiplayer online games, where there’s no cost of entry and therefore no expectation of content. RuneScape, for example, offers an optional subscription that gives players access to additional quests and items, while MapleStory sells players optional items that they can use to customize their character, or beneficial consumables for them. Sure, sometimes the model can break, such in games like ZT Online where the only for players to get good items are by purchasing them, but when the model is balanced correctly it works. Maybe why MapleStory’s model works is because the benefits provided are things like increased XP bonuses, or the ability to instant travel to certain points, making them essentially time-savers and nothing more. Indeed, MapleStory’s model seems to be serving them well; the game was one of the ten most profitable MMOs of 2008, with revenues of around a staggering $500 million.

MapleStory may be cutesy, but its profits are seriously impressive.

On the opposite side of the controversy spectrum, maps packs have definitely found a perfect structure for release as DLC. The recent Call of Duty: World at War map packs have both sold over a million copies, showing that players want professionally designed maps and are willing to pay for them. Yet there are still naysayers even on this subject. For one, PC gamers have long been treated to map packs for free, so they are naturally resistant to being forced to pay for them. Another great example is Burnout Paradise. Criterion released several free updates to the game, providing new cars, motorcycles, courses and even new game mode, before meeting with a huge backlash when they tried to charge for updates further down the line.

I believe free maps should not be treated as something to be expected from game developers. They really weren’t that commonplace to begin with, being more of a treat than anything else. If a company wants to release some free maps, that’s great, and I commend companies like Valve that continue to release tons of free, top-notch content for their games, but should a company be chastised for expecting a customer to pay for well-made content? I don’t think so.

DLC tends to bring out the paranoid side of gamers. Whenever new content is released, there will always be the crowd that comes out to accuse the companies of purposefully cutting these maps out for the game to make extra money out of a dim-witted consumer. Of course, sometimes it does seem a little suspicious. When DLC is released on the same day the game itself is released, a la Samba De Amigo, it’s easy to assume someone’s trying to screw someone else over. Many felt that Resident Evil 5’s multiplayer mode should’ve been included in the game, and with it coming out so soon post-release, it’s hard to feel their claims are not unfounded.

Still, developers cutting content initially intended for the game is hardly something new. Time and budget constraints can prevent devs from implementing all the ideas they originally had. The argument can be made that a game could be delayed, but a game eventually has to be released, regardless of what content was included or excluded. The question is, should players have to pay for this content? As long as the content remains quality content, I don’t have a problem with publishers charging for it. However, when it’s a crappy multiplayer mode that feels tacked on, I shouldn’t be expected to pay for it.

As for my favorite kind of DLC, it’s content that adds to the single-player campaign of a game. If I’ve enjoyed a game, I will gladly pay money for something that allows me to continue my experience with it. However, these packs seem kind of a mixed bag, both in terms of quality of the content and reception from the community. Fallout 3’s various DLC packs highlight both how DLC can excel and where it could use improvement.

The model Bethesda chose for DLC fits flawlessly. By opting to make smaller packs, usually around six to eight hours of gameplay, they are able to get more packs out, more frequently. Since the content does take a great deal of time to complete, they also don’t have to charge a great deal of money. In my opinion, the packs are priced superbly at $10 (800 MS Points), and the content has provided an enjoyable experience that’s extended the life of a great game. To be perfectly honest, I probably would not have played Fallout 3 again after completing it twice, but for a reasonable price I can continue to get new content for one of my favorite games.

The content itself may be superb, but Bethesda have had trouble actually getting its DLC out to gamers. When it first released, The Pitt was unplayable. Broken Steel wouldn’t install for PC users. Bethesda fixed these problems in a timely fashion, but this highlights a serious issue regards accountability with DLC. It’s not unreasonable to expect my purchase to work as soon as I get it, yet there’s no repercussion if a company releases a broken product. This has frequently been a problem for PC games, but now DLC is giving console owners the chance to experience the joy waiting for the good ol’ patch.

What all of this means, simply put, is that there is no one-size-fits-all model for DLC. If companies expect to make money off DLC, then they need to find the model that fits both their development strategy and their game, and that is the DLC conundrum. Now if you’d excuse me, I’m going to ride my shiny pony out of here and into that sunset.