The Future of Gaming
Written by Cain141
Published by CroTech

We have all lapsed into our own fantasy realm of what the future will be like from time to time, but these imaginative concepts may be getting closer to reality, at least when it comes to the gaming industry. Each new advance has pushed the limit far beyond what the prior generation had thought possible, but what if where we are out now is just the start? What if the future will look back at Gears of War with respect for the “retro” classic? It’s hard to imagine that a game so innovative and graphically appealing could be the pong of the next era…

Technology is advancing more rapidly than ever and the possibilities seem endless, but what will be the next big breakthrough? While it can be argued they sacrificed graphics for gameplay, Nintendo has brought about one of the more innovative ideas of the next gen with the Wii-mote. The motion sensitive design has led to gamers playing in a way we would never have expected twenty years ago. Please bear with us, as we take you on a trip to behold some of the most breathtaking breakthroughs in gaming. 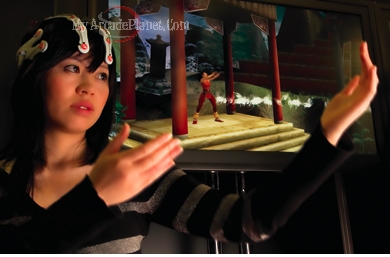 I can blow things up with my mind.

If you’re like me, the concept of games being in three dimensions was big, but recently a game known as “crush” has completely crushed that notion. Danny, a sleep deprived suffer of insomnia, undergoes the experimental treatment of Dr Rueben’s. Basically, what this means for gamers, is a multi-dimensional experience that will allow gamers to navigate, perplexing puzzles traveling between both dimensions. The concept of interfacing puzzles in this manor shows the steps the gaming realm has taken in recent years.

“And they expect this will help me sleep?”

Interestingly enough, the subject in school that many of us dismissed as monotonous is manufacturing one of the biggest revolutions of all. The laws of physics have always been more of guidelines in games, never truly matching the world they were formulated to emulate. One such company attempting to create a more “sophisticated” physics engine is Ageia. In fact, Ageia’s PhysX technology has been integrated with many of the leading game engines, including but not limited to Unreal 3, Saber3d, and the Eclipse Engine. Just a few situations that the technology attempts to accurately feature include: “explosions that cause dust and collateral debris, characters with complex, jointed geometries for more life-like motion and interaction, spectacular new weapons with incredible effects, cloth that drapes and tears the way you would expect it to, and dense smoke & fog that billow around objects in motion.” (From www.ageia.com)

Virtual reality has been a term floating around for ages, and companies, such as Icuiti, are working on making it a reality. Icuiti provides gamers with a visual visor that has the full screen display of a laptop and the portability of a pda. Designed for online gamers, Icuiti’s VR920 integrates a fully immersive audio visual feel prompting use to wonder how much longer it will be before “Virtual Reality” is no longer just a “virtual reality” but a distinct possibility. 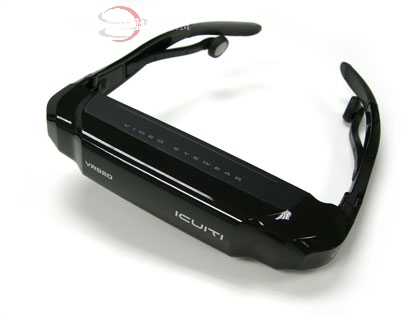 Wow, I can finally look like one of my favorite characters from StarTrek.

With all the upcoming and recent developments, it is clear that the games industry must constantly evolve and reinvent itself, and they are doing just that. In order to please consumers, developers are taking gaming to a whole new dimension, sometimes even literally. For a multi-billion dollar industry that is constantly growing, this trend of innovation is likely to stay. Personally, I can’t wait to see what the future holds in store.