It’s no secret that females in video games are typically blatantly, sexualized byproducts of perverted character design. Between their skimpy attire and grossly exaggerated anatomy, most ladies featured in video games look more like prostitutes than crime-fighting, evil-slaying heroes. While games like Dead or Alive, Ninja Gaiden and Soulcalibur continue to perpetuate the demeaning myth that girls should dress like whores to sell games and kick ass, there are those leading ladies that have striven to break the stereotype.

So here are ten, completely badass video game ladies who are more concerned with messing up faces and ending lives than posing as pin-up girls for a nerdy version of Playboy. It was difficult to make this list; to qualify, entries had to be female, appropriately and modestly dressed for the majority of the game, and capable of totally kicking ass. Suffice to say, this excluded some of the most defining female characters in gaming history. But what good is a list if it doesn’t discriminate and judge? 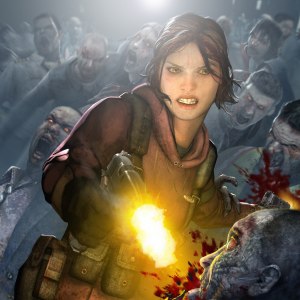 Being the female in a predominately male group of zombie apocalypse survivors, Zoey could easy have been a scantily clad, buxom schoolgirl cliché. After all, that’s the way women are typically portrayed in zombie video games if Resident Evil 3, House of the Dead: Overkill and Hunter: The Reckoning are anything to go by. Valve, however, designed Zoey as a normal, female college student trapped in abnormal circumstances. Her jeans and pink parka is feminine without being sexual, yet she totes enough guns and ammunition to keep an army equipped. She may have almost flunked out of school for watching too many horror movies, but she gets an A+ in Molotov throwing, Witch hunting, Boomer shooting, and being overall awesome. 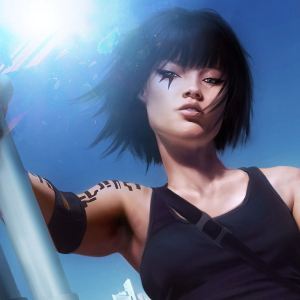 Watching a hot lady running can be surprisingly sexy, as Megan Fox’s ridiculously long jogging scene in Transformers 2 proves. However, even though Faith makes a living out of running, looking good is the least of her priorities. As a smuggler who transports messages in defiance of an oppressive government’s censorship, Faith often finds herself being chased by police. And SWAT teams. And helicopter gunships. Rather than relying exclusively on brute strength, Faith escapes capture through her natural athleticism, speed and guile. On top of that, Faith is not some overly sexualized, big breasted wet dream, no matter what Japanese gamers might imagine.
Jennifer Mui (Mercenaries) 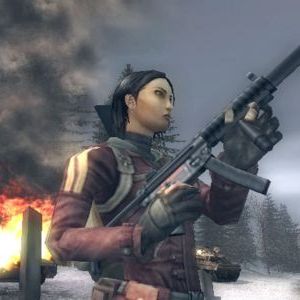 Instead of being the token, scantly clad female to round out the trio of hired guns in Pandemic Studios’ Mercenaries, Jennifer Mui is every bit as tough (and dressed) as her male counterparts. Clad appropriately in warm winter clothing, there’s nothing fragile or sultry about the way she shoots people, hijacks vehicles, calls in air-strikes or assassinates North Korean leadership. Even in Mercenaries 2, in which she travels to the tropical climate of Venezuela to ruin lives, her attire remains combat-effective and professionally modest. Jennifer Mui is 100% badass, and like any good mercenary, she’s completely immoral and has no qualms about killing loads of people for a hefty paycheck. 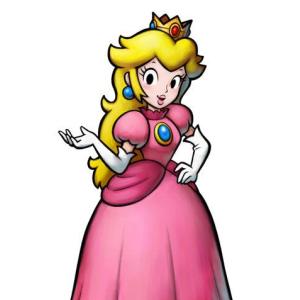 It’s true that gaming’s most famous princess spends most of her time being kidnapped by Bowser, but in Super Mario RPG she proves that she’s no dainty, helpless female. The Mushroom Kingdom chancellor urges her to stay home, but she pretty much tells him to piss off, and floats out of the castle, Mary Poppins style. Despite wearing her iconic, pink ball gown, Princess Peach is a force to be reckoned with, and no party is complete without her. Not only does she have the heals to keep your party going through some of the later boss encounters, but her brutal gloved slap and frying pan swing makes the royal blonde effective in the front line as well.

It’s pretty much impossible to be more modest or professionally attired than female SPARTAN super soldiers. Cybernetically enhanced to be completely hardcore, and trained in the legendary arts of death and murder, the female versions of Halo’s Master Chief are decked out in a one-ton suit of complete coolness. It’s hard to look whorish when your entire body is encased in armor that gives you the strength of God, but it’s pretty easy to stomp around and completely decimate anything you want to. Though gamers have only seen a female SPARTAN in Dead or Alive 4’s Nicole, many are featured in the Halo novels and presumably the upcoming Halo: The Reach. 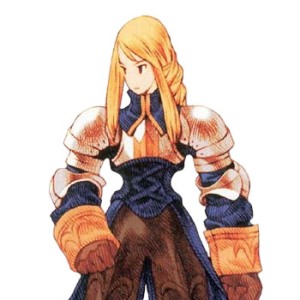 There isn’t a whole lot known about Final Fantasy Tactics’ ass-kicking holy knight, but judging from her history of causing pain and death, we can only assume the following: Agrias was raised in a noble family to be a respectable lady, but one day she grew fed up, flipped her parents off, joined the military academy and proceeded to make all the male cadets cry. A few princess abductions later, Agrias hooked up with Ramza and his band of adventurers, and together they spent years raising hell around Ivalice, killing clergymen and causing unrest. A proud knight with the fortunate gift of wielding the power of God in her sword, Agrias walks completely covered in full armor. It may not be the sexiest choice, but when fighting bandits and the freaking undead, it’s got to be the smartest.
Lucca (Chrono Trigger) 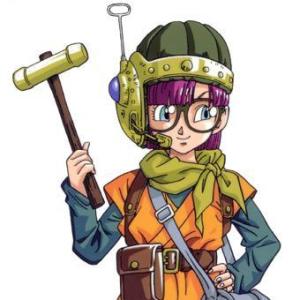 Though Lucca disguises her more feminine qualities with masculine clothing and an eccentric personality, Chrono Trigger’s resident tomboy has both brains and beauty. Or at least that’s what her inventor father Taban says anyway. Responsible for inventing time travel, fixing Robo, repairing the Masamune, and beating enemies senseless with a freaking hammer of death, Lucca is indispensable. Of course, dressing up like a dude and building robots isn’t a quick way to impress the guys. Her best buddy Crono ends up hooking up with Marle, leaving Lucca to start up an orphanage in Chrono Cross and eventually be presumably murdered by Lynx. Way to go, pal. 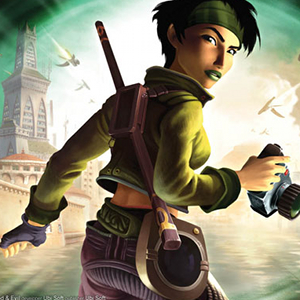 Evil government conspiracies may be dime-a-dozen in video games, but strong, fully clad female protagonists like Jade definitely aren’t. When not taking photographs that reveal malicious government schemes and incite planet-wide revolutions, Jade enjoys spending her time protecting orphanages from alien attacks, taking luxurious trips on her tricked out hovercraft, and practicing dae-jo, the Japanese art of beating the crap out of people with a big freaking stick. Jade is perhaps one of the best examples of a distinctly feminine character who kicks butt. She’s sweet, cute and plays mother to her orphans, but when push comes to shove, she will gladly introduce your face to the business end of her staff. 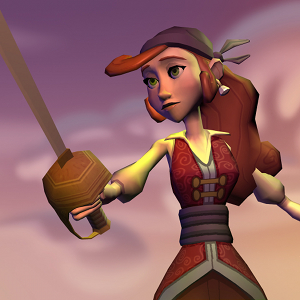 Elaine Marley may not be a pirate, but she’s married to one. Sort of. More impressive on her resume, Elaine was the governor of a number of Caribbean, pirate-populated islands, fought off the advances of the infamous ghost pirate Le Chuck, and stoically continues to endure the retarded follies of her man-child husband, Guybrush Threepwood. She is also currently the governor of the entire Tri-Island Area. Subsequently, Mrs. Marley doesn’t need to dress like a pirate’s wench to be hot. She has tons of power, and there are few things sexier than that. 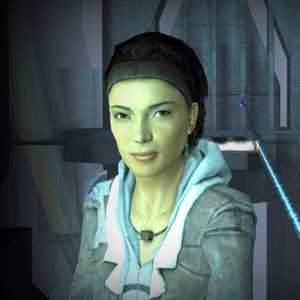 Half-Life 2’s female protagonist is pretty much as fantastic as characters get in video games. A member of the human resistance fighting the Combine, Alyx is an expert at hacking computers, shooting guns, and inventing humongous, alien-murdering, robots. She’s smart, funny, belligerent, charming, and cute even with her grungy attire and boyish haircut. Alyx is a character that gamers have grown to love because of her personality, not her looks. In fact, when a mod team tried to redesign Alyx to look sexier, complete with bigger lips, larger breasts and skimpier outfit, gamers got pissed. It’s always weird when gamers reject a girl with larger knockers and less clothes, but then again, Alyx Vance is hardly your everyday video game girl.