Scott Adams, the man behind the Dilbert series, once said, “I believe everybody in the world should have guns. Citizens should have bazookas and rocket launchers too. I believe that all citizens should have their weapons of choice. However, I also believe that only I should have the ammunition. Because frankly, I wouldn’t trust the rest of the goobers with anything more dangerous than string.” In the event of the undead rising from the earth, aliens landing from space, or being caught up in a government conspiracy, you will need to arm yourself. Unlike Adams, I do trust you with your weapons and ammo, but just to make sure I’ve compiled a list of the ten best guns from first-person shooters should you ever need them – and you will. 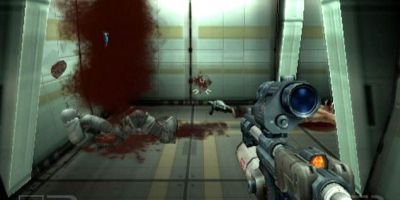 Perfect for covert operations, this discreet and deadly pistol can be placed inside your jacket or in your waistband. The Injector fires poison darts at your enemy, causing them to slowly inflate. When used in the game’s main missions the injector helps greatly, but when it came to multiplayer deathmatch the small shooter comes into its own. Firing darts into your enemy and watching them run in circles as the poison flows through their veins before inevitably making him explode in a shower of giblets provides the most hilarious of demises. 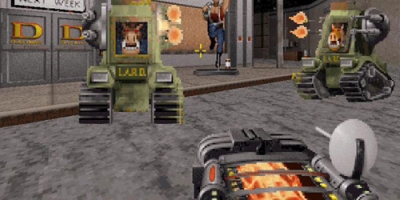 Perhaps you’re fighting a mutant horde made up of Frankenstein’s rejects that’s towering over you. How do you bring them down to size? You use the shrink ray from Duke Nukem 3D. One blast of this handheld helper and your enemy will be scurrying around on the floor, the size of a rodent. This of course allows you to stomp all over them with your size twelves. No more strafing in circles with this gun in your holster. Just make sure you have plenty of ammo and a good way to clean your boots. 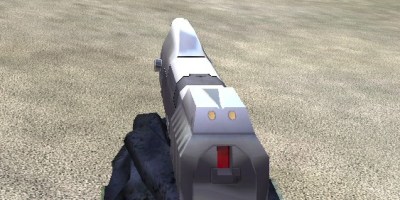 Ok soldier, if you want to handle a large hulking elite with ease then forget your assault rifle. What you need is the standard issue pistol. With power and a zoom that rifles would be jealous of, the pistol sure packs a punch. Some may say it’s overpowered, but it’s an essential weapon on the battlefield. Headshots come easy and your enemy will fear you when you wield this gun. It’s a deceptive weapon that hides its power in the palm of your hand (did Gillette make it? – Ed.) Later versions of the United Nations Space Command (UNSC) pistol lost the original’s power and soldiers were less than happy. Luckily the pistol has found its way back into the UNSC arsenal, now used by Orbital Drop Shock Troopers. It’s a must-have weapon in the battle against the Covenant.

Super mutants causing you trouble? Are their bigger, more mutated super siblings getting in your way? There’s nothing better to have by your side in the wasteland than the Fat Man, a portable nuclear device. Trust me; it’s worth the inventory drain for this monster. Don’t worry about the radiation; the wasteland is awash with rads anyway. Just enter the handy Vault-Tec Assisted Targeting System, line up your shot and let that baby rip through the air. Whether your nuke lands at the feet of the enemy or hits them square in the face, the mushroom cloud alone will tell you that they won’t ever be identified – even by dental records.

Lost your weapon on the battlefield? It happens to everyone, so never fear and just pick up what you can. Snatch a weapon from the cold dead hands of your enemy and get back into the fight. In the disorientation you should try to pick up a Covenant Needler. Despite its metallic pink appearance the Needler is a powerful weapon. Don’t worry if you’re what the soldiers call a noob as the needles are homing projectiles that find their target. Once the needles reach their target, just sit back and watch as each one explodes inside your enemy, and allow yourself to revel in the soothing pink mist. 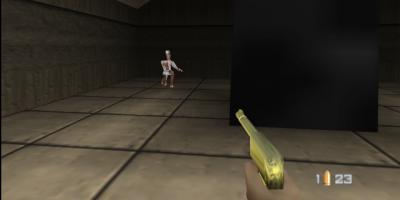 Inspired by the great Bond film, this is a difficult weapon to use as it only holds one bullet at a time, meaning you must reload the weapon each time it’s fired. But as long as you stay on target your enemy won’t know what hit them, mainly because they’ll be dead. Nothing will stop a bullet fired from the golden gun, not armor, not anything. Be wary, though, as you won’t be able to see anyone on your map – this doesn’t mean they can’t see you. But if you wield this gun you hold the world in your hands and everyone will want hunt you down for it. 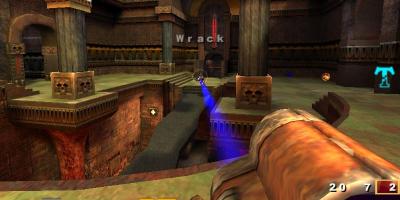 The Railgun is power personified. Humming in your hands, it’s eager to fire its bright green slug into anything and everything. It doesn’t matter how many enemies stand in your way, the railgun will put a hole in whatever stands in your line of sight. Again, it’s another weapon that takes time to reload so making every shot count is key. In the hands of a professional this weapon is one of the most powerful ever created, but with no experience you may find yourself roaming the maps, hopelessly reloading slug after slug.

It’s sometimes sporting to make a spectacle out of disposing with a foe and what better way than with the Cerebral Bore. Firing a harmless looking projectile, it will spiral through the air and attach itself to your victims head, burrowing into their skull, ejecting blood and brain matter from inside. This eventually causes them to explode in a fountain of crimson carnage. Much like the Injector, this weapon strikes fear into people; nobody wants to become a gibbering mess, or worse a puddle.

A weapon that doesn’t need ammo is a great weapon indeed and the gravity gun is one of the greatest weapons ever made. Pistol run out of bullets? Enemy too big to take down with a crowbar? Time to bring out the gravity gun, the Swiss army knife of firearms. The gravity gun controls the pull around an item, sucking an object from where it was onto the gun, and then firing it where you want to, at speed. Something in your way? Just pick it up and move it. If there’s an enemy standing in your way, why not fire the obstacle at them and drop them to their knees? Fancy a bit of decapitation? Pick up a saw blade and aim for the neck. No matter the predicament, the gravity gun is your friend. 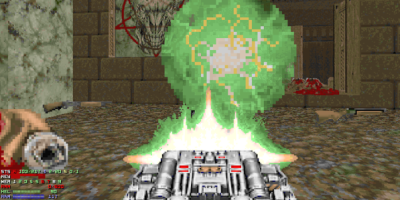 The very best weapon in existence, the BFG 9000 will wipe out anything and anyone without even leaving a mark in the world. BFG stands for Big Fucking Gun, and no name has ever been more appropriate. The BFG fires a huge green plasma ball and as your vision clears all that will be left in front of you is a clear path to victory. The BFG 9000 isn’t exactly the easiest weapon to carry around, hence the name, but it shouldn’t matter as anyone who stands in your way will no longer exist once you pull that trigger. Feel your enemy quiver at the name alone, see the colors stripped from the world as a blazing ball of energy screams at your target and decimates their body. There is perhaps nothing better than using a Big Fucking Gun to show you mean business.