So another year is nearly over and in the immortal words of John Lennon, what have we done…at Rumor Killers? Ok so maybe he didn’t quite say that, but I’m sure that’s what he meant really.

It’s been an interesting year for rumors. There have been surprisingly few on the emergence of future consoles, as due to the global financial recession it looks like we’ll be enjoying the current generation of consoles’ company for a while to come. Even the youngest, the Nintendo Wii, will reach its 4th birthday in 2010. It was a year of improvement rather than innovation with the release of the PS3 Slim, larger hard drives for the Xbox 360, the PSP Go, the DSi, and, erm, a change of colour scheme for the Wii. It was a similar affair when it came to games, with sequels in abundance in the likes of Resident Evil 5, Killzone 2, Halo 3: ODST and Uncharted 2. Not that anyone complained of course as 2009 has been a belter of a year regardless.

So just how has Rumor Killers done when it comes to getting it right? Pretty well actually, correctly predicting a number of the year’s biggest news. 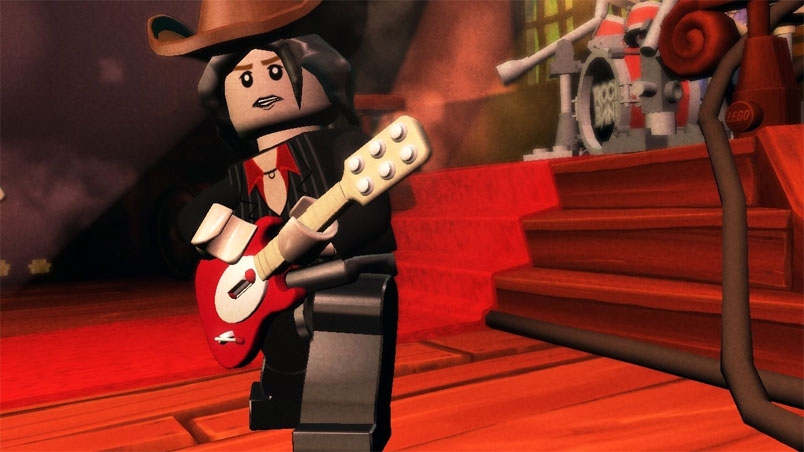 From the start of the year we were getting it right thanks to James Barr’s great analysis. There was a double whammy of success at the start of January, with Forza 3 being accidentally and the announcement of Lego Rock Band. Straight off the bat, he was knocking them down again with the first few details of Assassin’s Creed 2 proving true. Even better was the accurate prediction of a new Silent Hill game for the Wii, although it has only just sneaked into the 2009 release schedule. Throw in the announcements of Ninja Gaiden Sigma 2 for the PS3, Uncharted 2 multiplayer, Dead Space 2, and many new console bundles, and no one can deny that Rumor Killers has had its finger on the pulse when it comes to accurate predictions.

I say this knowing that, yes, we’re all human and we all make mistakes. And although we’ve frequently been correct, there have been a few slip ups.

There was the story behind Tales of Vesperia for the PS3 being which we quickly refuted. This was mostly due to the evidence being shoddy at best. It was a scan of Japanese games magazine Famitsu which suggested the RPG was on its way to the PS3 in the near future. James Barr quickly dispelled the evidence once it was noted by Kotaku that the scan was actually a fake, an astute reader realizing that his copy of Famitsu had no evidence of anything on Tales of Vesperia. Fortunately for the Tales fans, Vesperia was the 2nd best selling Xbox 360 game in Japan for the month of January which surely made it an easier decision for Namco to make a PS3 port. The rest, as they say, is history and Tales of Vesperia for the PS3 his Japanese shelves in September. Hopefully it’ll see an appearance elsewhere in the world in 2010.

Then we had the rumor that surely everyone wanted to be true: BioShock 2 for the Wii. If only. It looked oh-so very likely earlier this year when 2K Games advertised that they were looking for a User Interface programmer for BioShock 2, and that crucially they needed experience with the Wii as well as the other current generation consoles. But it wasn’t to be unfortunately. There’s not even a glimmer of a chance of seeing BioShock 2 on the system.

There were other rumors that we were all so desperate to see come true no matter how unlikely they appeared to be. What iPhone owner could have turned down the chance to play Portal for the iPhone? But as Adam Standing correctly predicted, it hasn’t happened, even despite the convincing video released. It was a similar fate for another common rumor: World of Warcraft coming to the Xbox 360. Sure, it was for the best as Rob Pardo of Blizzard himself pointed out that “you end up with crappy ports” otherwise, but that didn’t stop many MMO addicts desperately hoping for it.

Of course, we also had so many rumors that just wouldn’t die. The perennial ones, the ones that make such big news by not actually existing, the ones that seemingly will never die. There was the brief comeback of Duke Nukem only a couple of weeks ago, although yet again the possibilities have been dashed, possibly for the final time. There was the incredibly slim chance of Alan Wake actually coming out this year, which increasingly feels like if it takes much longer, it will inherit Duke Nukem Forever’s crown.

Then there’s the rumors that we know will come true eventually, they’re just incredibly dragged out. Maybe, just maybe we’ll finally see the PSP 2, Killzone 3, Gran Turismo 5 (at last!) and the elusive Perfect Dark Xbox Live Arcade remake in 2010. It’s certainly looking to be almost certain that Gran Turismo 5 and Perfect Dark will appear in the coming year with both receiving tenuous release dates. I suspect it’s much more likely for Killzone 3 to make an appearance in late 2010 if not 2011, but for there to be plenty of news regarding its development in the coming months. The PSP 2? Well, who honestly knows? Perhaps the main question should be ’who cares after the debacle of the PSP Go?’ Still it’s bound to happen at some point.

It wasn’t all great news for the industry in 2009, with rumors abound of ’Six Days in Fallujah’ creator Atomic Games closing. They look to have been saved, but this wasn’t the case for Bionic Commando and Wanted: Weapons of Fate developer GRIN who sadly closed their doors in August of this year. There were two especially sad things about the demise of GRIN. It meant that its final game, the one that we will all remember the most, was the atrociously terrible Terminator Salvation, one of the worst games I have suffered through in recent years. But the saddest thing (besides the many job losses) was the fact that GRIN were mid way through developing ’Fortress’, a spin-off of Final Fantasy XII which we’ll never fully experience but looked rather promising. Only last month, Pandemic Studios suffered a similar fate to GRIN, having been closed by EA only a matter of weeks before the release of its hotly anticipated WW2 action adventure The Saboteur. Much like GRIN, Pandemic Studios hadn’t made the greatest of games – Lord of the Rings: Conquest anyone? – but it had still made some interesting titles such as Mercenaries 2 and of course The Saboteur. Both studio losses were a shame to see and certainly not the sort of rumors we like to discover are true.

So what have we at Rumor Killers learnt this year? LinkedIn and Gamasutra job adverts are fantastic at dishing out the dirt on future titles and company ambitions. Forum leaks are very nearly just as useful, especially when coupled with anonymous internal sources. Odds are if a game sold well there will almost certainly be a sequel to it, but I think we knew that one. Finally, we’ve learnt that no matter how many rumors are spread, it’s really not looking good for Duke Nukem fans.

Tune in next year for even more rumor killing!