Watched any good movies lately? How about scripted television? Notice anything in particular about the lead actors of these forms of entertainment? Hollywood is obsessed with perfection, from the chiseled jaws and rippling biceps on the fellas to the delectable curves and finely sculpted figures of the ladies. And that’s the way that we seem to like it, leaving pound-packing celebrities as subject of ridicule on the front covers of cheap tabloid mags and cheesy talk shows.

Does this matter as much in gaming? Are the protagonists’ appearances determining factors in your purchasing decision? And why the hell are Street Fighter IV‘s Rufus and Left 4 Dead 2‘s Coach the only recent game characters of larger build that I can think of? (‘cos you haven’t played Fat Princess? – Ed) 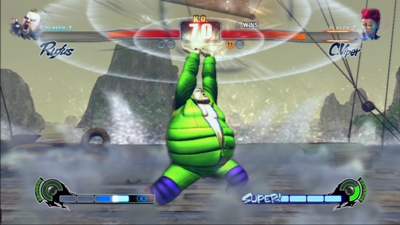 Rufus is definitely one of the most memorable bigger-built characters of recent.

I would like say that characters’ attractiveness doesn’t really matter much in gaming, but, in a way, I know that isn’t true. Sure, Lara Croft is known for her drool-factor, but if the original Tomb Raider games weren’t so mechanically groundbreaking, Lady Lara would have been as quickly forgotten as the X-Blades chick – whose name I honestly can’t recall. Of course, those mechanics aren’t what’s kept her going through three generations of gaming. Outside of Croft Manor, some of the most popular game characters are sass-talking woodland creatures and over-buffed monstrosities with scarred faces and broken spirits, both of which would defy classification in a Hot or Not contest. Despite that, the last decade of gaming has been chock full of impossibly beautiful characters, from smaller titles like Primal and Bloodrayne to bigger hits like Heavenly Sword and Mass Effect. Do developers think that gamers wouldn’t get as involved with their characters if we didn’t deem them – um – shagworthy?

Take Uncharted 2, for example. The script writers at Naughty Dog crafted avfine love triangle between main man Nathan Drake and two of his ex-lovers, Chloe and Elena. Physically, Chloe is a sultry, curvy minx with a stare that could burn a hole through a Chevy, while Elena mixes undeniable cuteness with a bottle full of sass that makes her the perfect foil to Nate’s ever-present charm. As Drake bounces between the two buxom beauties, the player feels as embroiled in this conflict as the roguish adventurer himself, hoping that their lady of choice ends up in Nathan’s burly arms by the time the credits roll. 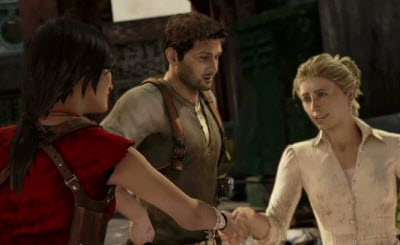 Does every game character have to be attractive for the player to care about them?

But what if Elena hadn’t been quite as stunning? Would the exquisitely written banter between Drake and Elena not have the same impact? Would most of us be distracted during all of the cut scenes as we yelled “It’s not a hard decision, you moron!” feverishly at the screen? It’s hard to say, honestly, especially given this example. The chemistry between the two is superb, yet I think that many gamers would instantly choose Chloe’s undeniable hotness over Elena’s quirky wit, if only because Chloe’s appeal is much easier to notice.

As a formerly overweight person who has since trimmed down, I do wish that video games offered a wider spectrum of heroes and heroines, especially considering the “normal guy in the wrong place at the wrong time” scenario that many of them utilize. Bigger folk tend to be comic relief more often than not, seen in Punch-Out!!‘s King Hippo, the jiggly powerhouse Rufus, and my much-beloved Coach, a man that proudly labels himself the “one-man cheeseburger apocalypse.” While the “fat guy loves food” Hollywood stereotype has lasted as long as celluloid has existed, it couldn’t hurt to include regular people of all shapes and sizes from time to time.

In the end, I suppose that I’m asking for more variety for my in-game characters. Despite the hundreds of hours that each virtual person takes to build, not everyone has to be perfect, as the interactive entertainment landscape should be as eclectic as our own. And if they are going to base a character model off of a wrestler, may I suggest the one below? 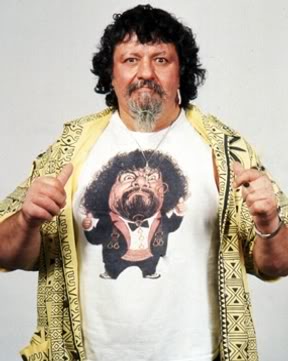