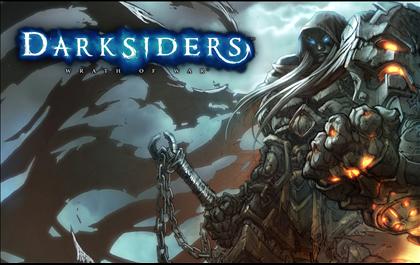 I’m not sure if cliché is a good or bad thing, as some familiar elements can help you ease into a game more smoothly while too many pilfered mechanics will undoubtedly lead to stagnation. Darksiders is a game full of cliché, as its influence from titles like God of War, Devil May Cry, and even the Zelda series is unmistakable. This makes Darksiders appear desperate to win your heart as it tries to survive a world full of quality action titles.

That desperation is apparent from the game’s opening moments, as you are once again handed an almighty character that is subsequently stripped of his abilities. While this has worked many times before, the change here makes the first few hours of Darksiders—which feature main character War running errands for a demon named Samael–feel bland and insipid. I won’t spoil the narrative that takes place during this chunk of the game, as the interesting characters and surprising events are what will keep you going despite the plot feeling a bit too linear. 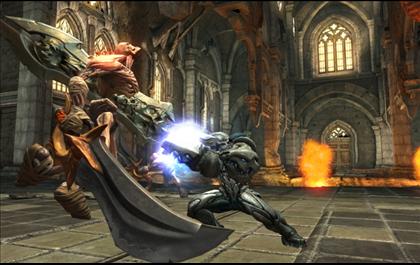 Darksiders is a slow burn, dishing out familiar weapons and repetitive missions for the first six or seven hours. While the many fetch quests and arena battles get old quickly, the wonderfully designed locations that talented comic book artist Joe Madureira helped create are mesmerizing. Each part of the post-apocalyptic Earth feels like it was pulled from a Marvel comic. The grizzly demons and devils that you encounter are hellish and horrifying, with each character being beautifully crafted and offering a real sense of evil and menace to the world. While practically everyone sounds as if their voice has been dragged through gravel, the audio work is equally satisfying. Special mention should go to Mark Hamill, who does an excellent job as War’s companion. 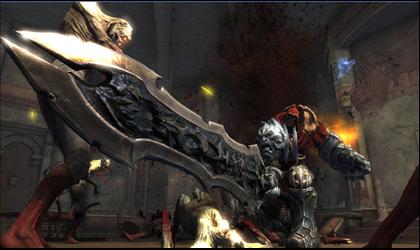 Darksiders is a mix of action and puzzle-solving, with the latter feeling refreshing thanks to some genuinely tough riddles. The game often asks you to use combinations of items and equipment to find a path to the inevitable boss battle. While the equipment itself— the usual grappling hook and now common glaive–is very cliché, each part of War’s inventory is very enjoyable to use. The weapons are also plentiful, as all of them enhance the warfare by opening up more combos and new death scenes that ooze in gory goodness.

The combat itself is also very satisfying, as even the normal difficulty will pose a welcome challenge to most players. Moments of frustration do arise from the camera however, as it is very erratic and can sometimes block your view as a hulking demon pounds you into the ground. Even more aggravating is the checkpoint system, which forces you to replay huge chunks of the game after pushing you back a lot further than expected.

Despite the painfully slow start, Darksiders eventually picks up speed and becomes far more enjoyable. Unfortunately, while you may get a kick out of riding your flaming steed or thrashing a gaggle of demons, you’ll also be constantly reminded of the game’s many problems. The shop system, for instance, offers plenty of exciting weapons and interesting upgrades, but these boutiques are so infrequent that you’ll often feel ill equipped for bigger battles. Also worth mentioning is that Darksiders sadly outstays its welcome, as the 15+ hour journey left me bored as I slogged through the game’s final moments. The story begins to drag over time, and the endless wandering back and forth becomes a chore that grates on the player’s patience like a hammer would to a pinky finger. 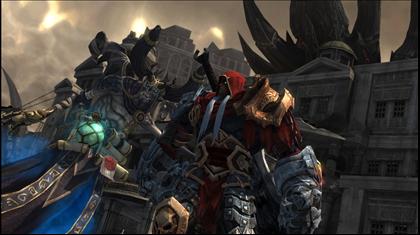 In the end, Darksiders is a game full of marvelous ideas. Unfortunately, each of them has been seen many times before, which leaves one to wonder why they shouldn’t just play Devil May Cry or Bayonetta instead. With so many other choices available, Darksiders struggles to find an identity, leaving the game’s many interesting moments and fantastic graphics without a unique gameplay concept to stand upon.