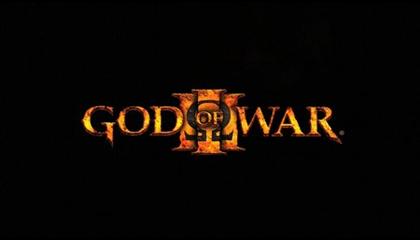 From the corpse laden depths of the Aegean Sea to the fiery anguish at the mouth of Hades, Kratos’ lengthy journey to taste the bittersweet nectar of revenge has ripped every last ounce of humanity out of his tired, broken shell. Yet the Spartan moves ever onward, tasked with avenging the deaths of his wife and daughter by murdering his power-mad father and King of the Gods, Zeus. With both the heavens and underworld collapsing in the wake of Kratos’ destructive force and gods battling demons in the ultimate civil war, the God of War series has always defined the PlayStation brand with its epic scale and jaw-dropping, ever memorable combat sequences. Now that Kratos’ journey is finally coming to an end in God of War III, the developers at Sony Santa Monica are sending the big guy out in style, starting with an adrenaline-pumping first level that’s unlike anything ever seen before.

The game starts with a group of building-sized titans climbing the rocky walls of Mount Olympus – the comparatively lazy Kratos catches a ride on one of the beast’s backs. As gods and titans clash and some begin to fall, Kratos must move himself around the giant’s body and make wild leaps between distant hanging points to keep himself on board until the summit is reached. This arduous task is made even more difficult by the meddling of Poseidon, a water god that thrashes his giant tentacles at the titans in a feverish attempt to knock them down. From there, the rest of Kratos’ journey has him searching for the secret of Pandora’s Box, a mythical creation that contains the only weapon mighty enough to defeat the nearly indestructible Zeus.

While this journey may send him through one palace or cave too many for my tastes, a handful of the unique locations visited in God of War III really show how far this series has come. The most impressive of these is a level-long boss fight against a titan known as Cronos, with Kratos having to climb up Cronos’ skin and battle flocks of demons while doing as much damage as he can to the unstoppable giant. While I don’t want to ruin too much about this fight, I will say that this wonderfully crafted sequence is one of the finest that you’ll play this year, gleefully harking back to the awe-inspiring wonder found within Shadow of the Colossus.

The combat of God of War III is just as fast-paced as it always has been, as all of the throat-ripping combos, upgradable powers, and face-smashing slashes are still as effortlessly executed as ever. The new weapons added for this entry blend well with Kratos’ signature chain blades, from the glove-like Cestus that packs a mighty punch to the electrically charged Nemesis Whip that passes green volts of lightning through the bones of everything it touches. Kratos also has to deal with a flock of dangerous new enemies in this final chapter, including a lumbering Cyclops whose only eye can be torn out and smashed as easily as a month-old egg – poor guy. 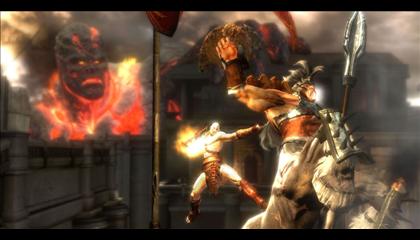 While still occasionally repetitive, the frequent battles against medusas, soldiers, and harpies still manage to stay interesting thanks to the enjoyable nature of the combat and Kratos’ ever-growing arsenal. The end level battles against screen-filling bosses are equally entertaining, from a giant, crystallized scorpion that has to be smashed one leg at a time to the unfathomable power and unspeakable might of Hercules, who becomes far less indomitable once Kratos reduces his skull to a puddle of chunky mess. The series’ infamous quick time event button presses also make a return here, though the developers wisely moved them to the corners of the screen so that they don’t block the view of Kratos’ gut-slinging handiwork this time around.

Unfortunately, as solid and enjoyable as everything in God of War III is, I was left a little disappointed by the overall package. While three of the game’s nine levels truly show the PlayStation 3-powered advancements of the series, I feel as if the level design of the remaining areas wasn’t as ambitious as it should have been. Specifically, the levels that follow the opening titan climb are set in dark caverns, a cliff side, and an open temple, all of which feel like they could have been done on the PlayStation 2. Sure, the visuals might be astonishing–with visible pores on Kratos’ face and gargantuan environments that break apart like crackers under the stress of the mighty titan’s attacks—but the complexity of the actual design clearly hasn’t evolved as much as it should have. 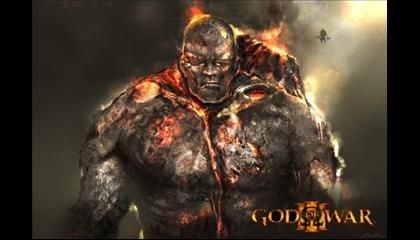 I also feel as if more could have been done with the story. Kratos is still an intensely unlikeable character, emoting only through screams and snarls directed at the gods that he’s trying to murder. Some minor attempts to humanize the character were made this time around, but I feel as if those attempts made me like him even less. I also can’t close this review without mentioning the embarrassingly awful sex scene in which one character actually turns to the screen and mentions, in a wink to the audience kind of way, that this sequence should only be viewed by mature audiences. If TGR gives out a Douche-Chill Moment of the Year award at the end of this year, my vote is already set in stone.

Despite that discomfort, fans of the series will get exactly what they want out of God of War III. The visuals will make your eyes bleed, the orchestral score is bombastic and thrilling, the hand-to-hand combat is invigorating, and the scripted action sequences are the best found on PlayStation 3 this side of Uncharted 2. What more could we really ask for in a game that’s about a dead guy killing gods?