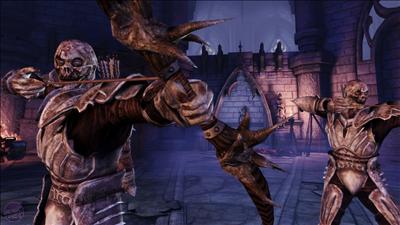 In the Dragon Age universe, the battle at Ostagar is one that Grey Wardens will remember for ages to come. Since this conflict claimed the lives of your character’s mentor and King, it only seems natural that you’d be able to go back to Ostagar and exact revenge on those who did you wrong. But it just wasn’t meant to be, at least not in the original package, as the only way that you can get this closure is through the “Return to Ostagar” DLC pack. Much like the original battle, however, this return was a difficult endeavor.

Well, difficult in a different kind of way, at least. This DLC pack had a rocky road to release, with bugs being found seemingly at the eleventh hour before finally hitting the download services with little fanfare. While this to be expected, as DLC rarely garners a lot of critical attention, “Return to Ostagar” makes up for its lack of new characters and quests with some plucky adventuring, a cheap $5 price tag, and a hefty dose of sheer spirit.

“Return to Ostagar” is the first Dragon Age content pack that takes something that was introduced in the original game and presents it in another light. It also allows the player to come full circle with the story of Ostagar, providing an enjoyable sense of closure. Running through the Tower of Ishal and cleaving through minions is one instance of darkspawn elimination that feels particularly justified, given what happens in the original game. Unfortunately, there isn’t a great deal of content here that hasn’t been explored before, with its short length and lack of significant story elements working against its favor. There are some cool items to collect, but the loot won’t be of much use to you after you’ve finished the game. Hardcore fans will appreciate the new codex entries and information, and will also get to see the damage caused by the darkspawn during the initial attack, but it’s clear that both the “Stone Prisoner” and “Warden’s Keep” DLC packs offer a far greater value by comparison.

If you loved Dragon Age and have already blasted through every other download, skip the fast food for a day or two and pick up “Return to Ostagar.” I promise that it will be more rewarding.