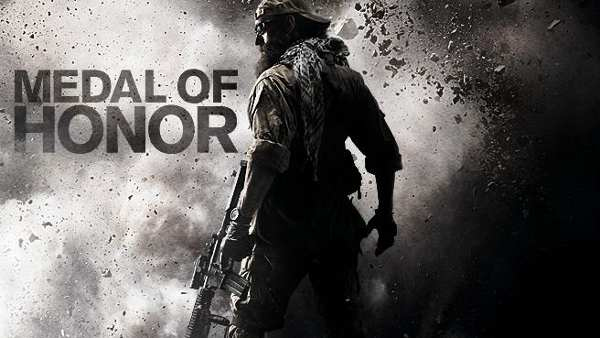 Medal of Honor brings the action to the future, focusing on missions based around real military operations that occurred in Afghanistan in 2002. From the start, it becomes clear that EA has attempted to remove the Hollywood trappings and instead focus on a grittier, real look. The narrative is fast paced and involves constant firefights. The multiplayer takes on a similar feel, as the 12 on 12 action results in a constant firefight.

The game play feels very much like Battlefield Bad Company with Call of Duty influences. Destructive environments make an appearance with falling trees and destructible cover, both in the single and multiplayer game modes. One of the most interesting features is the intentional use of smoke and dust with in the game. Frequently, the environment will take a influential role in the battle, requiring players to place a strong focus upon their surroundings that isn’t often seen in other games.

The single player missions are all high quality, and none stand out as frustrating. There is a strong variation between each mission, keeping things fresh. Very few feel similar, as new toys are always thrown into the mix. Target Locaters, Long Range Snipers and an Apache Helicopter being notable highlights. 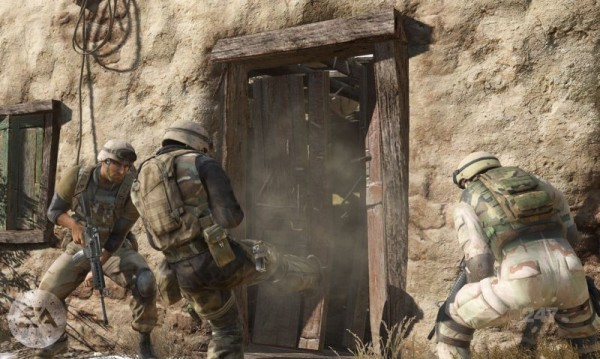 The multiplayer is a little different than say Call of Duty. There are three different classes, each of which level separately. One, features heavy weapons, another close to mid range guns and the final is your sniper/rifleman. It’s an interesting way of doing things, as you can’t unlock new guns in one class by playing a lot with another class. It honestly feels a little less exciting when a new unlock occurs, as you aren’t aware of it until you look at your customization screen.

The multiplayer modes are fairly typical with Team Death Match and Domination making an appearance. One of the more interesting game modes however is Combat Mission, which places one team on defense and the other on offense as they must defend and attack five different locations. It means there is a constant push and pull as the attacking team will constantly be sending in men and the opposing team must learn when to pull back if they wish to survive and protect the next location.

As players string together points for kills, assists, team action etc. they can be used for support actions. Each time, there is an offensive and defensive option a player can choose from. When they chose the defensive action, they will gain additional points making it easier to hit the next level. A slight variation on Call of Duty’s killstreak model, but it works well. 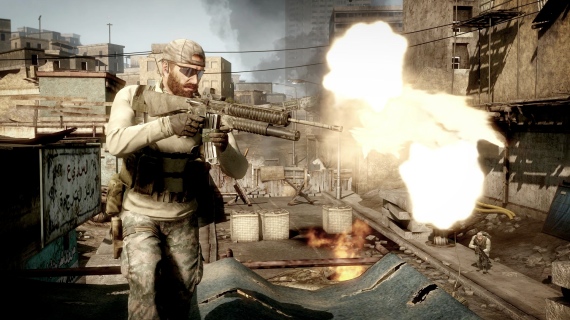 All in all the game is rather well made. If you’re looking for a strong military shooter you’d be hard pressed to find one better. The game is more than just something to tide you over until the next Call of Duty. It’s the clear reimagining of a historic franchise. The war is just starting…