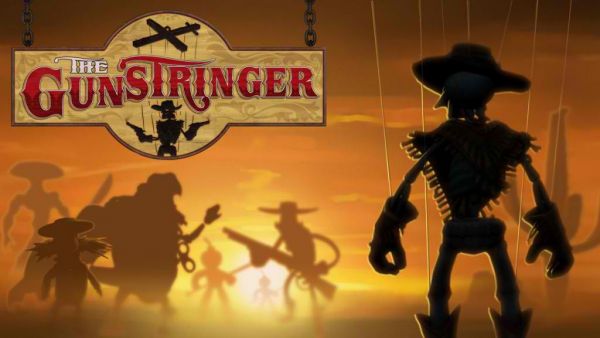 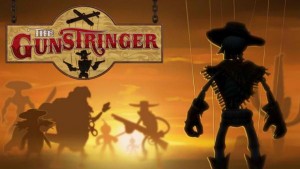 Saddle up pardners its time to hit the trail! .. well sort of. The puppet trail/theatre stage to be more precise. GUNSTRINGER released by MICROSOFT and TWISTED PIXEL is a story of betrayal and revenge (usual western stuff). Originally planned as a XBOX ARCADE release, that later changed to a full retail game.

The story revolves around  THE GUNSTRINGER, an undead marionette who is betrayed by his posse and rises from the dead seeking  revenge on those low down bushwackin`,sidewindin`,varmints who put him in his grave.

The game itself is played out in front of a live audience (the Paramount Theatre in Austin Texas)and starts off with some live action footage as your character is brought onto the stage ,this I thought was a nice original touch as it gives the game a feeling of reality ,it does feel like you are putting on a puppet show, especially when you occasionally see the audience reacting to certain sequences ,and the ooh and aahs coming from the crowd along with the gritty voiced narration, giving the game a great atmosphere.

Of course you can only play THE GUNSTRINGER with a KINECT, and it does involve standing up to play which is a bit hard on the arms after a while, as you have to hold one arm up to move him about and the other is used for aiming and shooting, the whole thing works on the rail system which means you have control over the movements, but as for the forward progression the game does that for you, so you have to be quick at aiming and shooting. 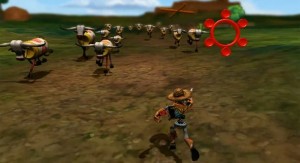 The beauty of this game is its simplicity, the controls are pretty basic and very intuitive so you are not messing about trying to get the hang of them, difficulty does increase as you progress but not to a great extent as to spoil it, mind you it’s not all plain sailing, as I did have to have a couple of goes at some parts to get past it.

The whole feel of THE GUNSTRINGER is very slapstick and silly with plenty of western clichés thrown in for good measure and the villains are original and fitting for the setting. The real let down for the game I found was the length of play, it took me about 3 hours to complete it, which for the price is not great. You obviously can play it over and over and try and better your score, unfortunately the game isn`t that interesting that I felt compelled to return for a rematch.

The great thing about games like this is it shows us the capabilities of the KINECT and the endless possibilities of the gaming system. Games like THE GUNSTRINGER maybe a bit dull, but if you look at the bigger picture, then the future of interactive gaming looks pretty good. 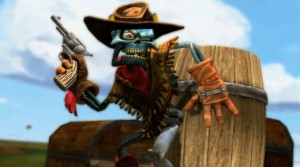 THE GUNSTRINGER is an original concept and it has to be given credit for that. Unfortunately it is not a very compelling game to play. Accuracy can be a bit hit and miss at times, but the potential for more interactive games like this looks good. I will give it 8 out of 10 mainly because I think they tried to break new ground with this game and I look forward to more interactivity and improved content in the future.