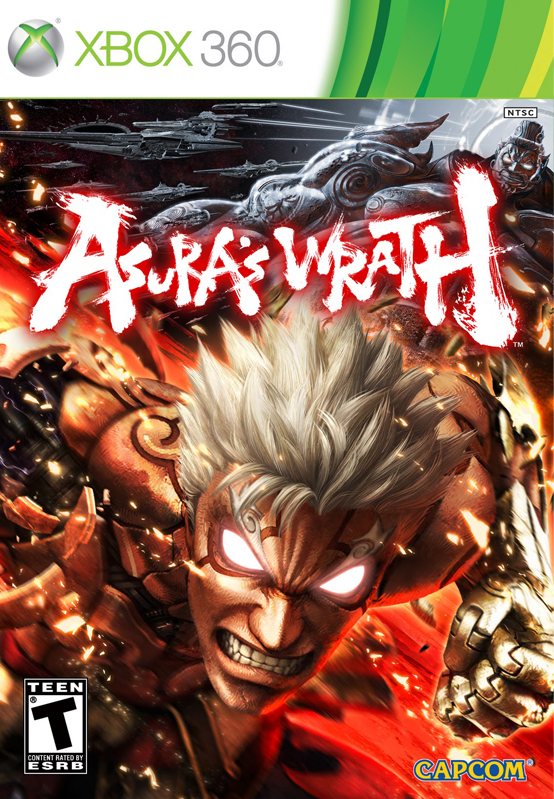 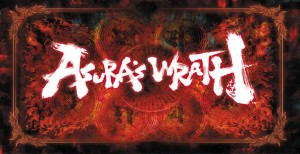 Here we are again in the world of Anime, this time it's all about gods and mega beings. ASURA'S WRATH (sounds like something you get after a chili cook off) is a new game from CAPCOM and CYBER CONNECT 2. Like I have said before this is a game that is for the Anime enthusiast, if you’re looking for something conventional then this is not the place for you, instead this title is more of a movie with some gameplay thrown in for good measure.

The story revolves around a character known as  ASURA, a rootin' tootin' kick bottom demigod, betrayed by his fellow gods (usual story, these god's can't be trusted). He is thrown out of heaven, losing his wife and child into the bargain, and is resurrected centuries later, by the force of his anger. Seeing what a mess the world is in, ASURA becomes even more agitated (this guy certainly has some issues) and embarks on a series of outrageous mega battles with other deities, resulting in some spectacular fight scenes. 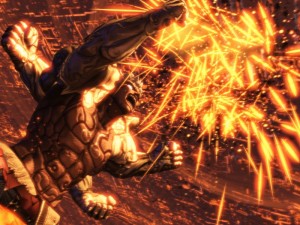 This all takes place over a period of 12,000 years. You can imagine after being stitched up by his mates, his wife murdered and daughter kidnapped, ASURA is not in any mood to relax and move on. In fact he runs about, ranting and raving like a madman, beating the living daylights out of any thing that gets in his way.

ASURA WRATH, like many of the Anime type games, is story driven, which of course means many drawn out cut scenes. All of which are beautifully rendered and thought out, intercut with what I would describe as "Boss battles". Certainly not conventional, but very Anime.

The game itself is 18 episodes long, each one consisting of opening credits and some really nice illustrations which make ASURAS WRATH more of an experience rather than a game. There is plenty of variety in the game play even though it is mainly 10 minutes of "cut scene" and 5 minutes of "Boss battle".

If you are looking for a conventional RPG then this isn't for you. I am sure many gamers will feel a bit cheated by the lack of actual gameplay. In fact the whole thing is only 6 hours long, most of which is cut scenes.

This fusion of Science fiction and Asian mythology has been done before. The really over the top battle scenes certainly are very spectacular, it’s just a pity that the game doesn't have more game play. Granted the story is interesting, but is this a game or a DVD? For the price I do think there should be more interactivity, and I can imagine that many gamers will be hitting the "skip" button often after a few hours of play. There will be DLC sometime in the near future but will it be more "cut scenes" or gameplay?

The actual gameplay itself is good. I enjoyed it with plenty of variety and a selection of different moves. There are a number of QTE's (quick time events) in which you are prompted to press certain buttons at certain times, but these really have no bearing on the outcome, just on you ratings at the end.

ASURA'S WRATH is a great game, if you are into the whole Anime, Japanese crazy over blown action genre. Otherwise be warned that if you are willing to fork out forty bucks or so and expect an normal RPG, then you will be disappointed.

It is refreshing to see companies that are willing to try something new and push the boundaries, that is a healthy thing in the industry. This is a great concept, but the lack of game play for the price will put many people off. It certainly is a great experience to behold, but it should have been released on download with each level as a DLC to keep the cost down. 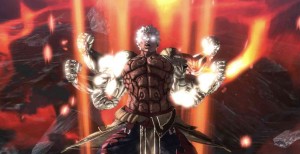 ASURAS WRATH is a game like no other, rich in story and beautifully animated. It would work as just a movie in itself, but to non Anime lovers it would just be a bit long winded and lacking in game play. If you are thinking of giving it a go just be aware that you will be sitting around watching more than playing, and it is not a very long experience for the money.

I give ASURA'S WRATH 8 out of 10 because it is another ground breaking and original idea but the lack of game play is off putting.