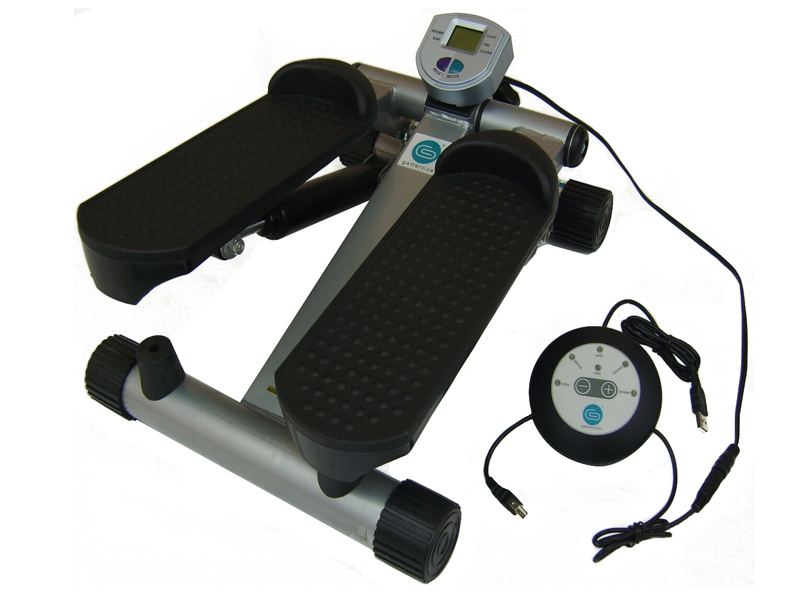 "Exercise" at one time a word that would send shivers down the spine of the average gamer from the thought of actually leaving your safe warm little cave and actually working up a sweat by physical means (not getting hot under the collar about LARA CROFT). This world, until recently, was indeed as alien as any that we have visited in our cyber outings late at night. 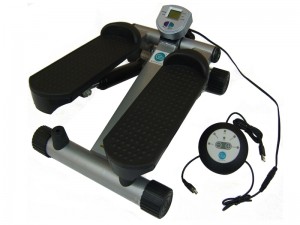 OK, I do like to keep reasonably fit, but I am not a jog around the park in spandex kind of guy, more of a stroll around the park with the dog twice a day. I must admit since the KINECT came into my life, I have become more active, which is a good thing. The issue I have with gaming and exercise is what it is doing to the younger generation. I notice more and more overweight kids who would prefer to sit at home playing games and eating rubbish. This is not always their fault and of course we can all blame the parents. But it isn't all that safe out there for young kids these days. So how do we get them to exercise without taking their console privileges off them?

Well folks I think I have found the answer! It's the GZ PRO-SPORT POWER STEPPER by GAMERCIZE®, a clever accessory that makes exercising fun and not a chore. It is pretty straight forward, you simply plug it in, get on the stepper, and set your level of exercise. Your setting choices are GENTLE (for warming up and cooling down), SKILL (which is for advanced users, and a bit of a challenge), FITNESS (for a real cardio workout), POWER (for ultimate sustainability) and finally PLAY (when you have finished exercising, but haven't reached the next level yet).

OK the XBOX® is switched on, your GZ PRO-SPORTS is plugged in. Attired in your sweat pants and tee shirt you climb onto the stepper and start walking (you can also set the tension on the stepper for easier and harder exercise) and off you go. The object is  to keep moving at a steady rate and the GAMERCIZE® will keep powering up your controller and allowing you to play. If you slow down or stop, then it will cut off the controller until you either resume or reach the desired level required. It does indeed work; I found after a half an hour of playing and exercising I had hardly noticed the exercise element (apart from sweating, and feeling worn out). This is no gadget/ novelty, but a well thought out, sturdy constructed piece of equipment and apart for the price £139.00, (then what price your kid's health eh?) it is a great idea. 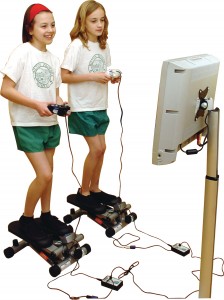 At first I thought, "Maybe kids would think the idea of walking on the spot a bit lame and boring." To my surprise when I tried it out on a few friends' offspring, they loved it! The actual keeping the controller powered up became a game in itself, and they tended to forget they were actually exercising.

The GAMERCIZE® is compatible with the XBOX 360®, PLAYSTATION 3® and Wii®, so there is no excuse for not getting one. I do think the GAMERCIZE® and its entire sister products should be available in schools because it is a real fun way to get kids to exercise. The company does run a scheme using a device called a mini-pod, which is a monitor connected to a number of GAMERCIZE® products that can be hired out to schools and gyms.

The item I tried is the adult version, but there is a number of different products like the GZ KIDS-SPORT, the JUNIOR CYCLE, the GZ KIDS-SPORT and the JUNIOR STEPPER, plus a wide range of other exercise/gaming products which can be found on their web site www.gamercize.net .

As for me I am one of the converted and I hope to use this as a regular exercise tool. I think that if you have children that are reluctant to exercise but love gaming, then the best way round the problem is to get one of these. You don't have to punish your kids by taking away their console privileges if they don't exercise, let the GAMERCIZE® do it for you instead.

In my opinion the GAMERCIZE® PRO-SPORT POWER STEPPER is a great idea for all us lazy gamers who need some kind of incentive to exercise, including kids who really need to lose weight, and avoid health problems in later life. The only thing I don't like about this product is the price. It could potentially put off the lower income families that would benefit from this, and I think there should be subsidies for such items because it will help alleviate future health problems. Obesity in children is a growing problem and it is good to see products like this that are helping to address the issue.