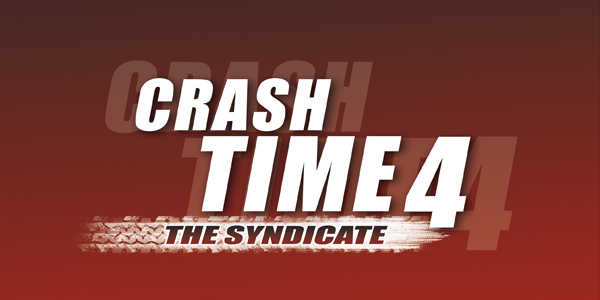 Did you ever want to chase criminals in fast cars? Tearing up the asphalt, sirens wailing as you weave around traffic in hot pursuit of the bad guys? Well I did as a lad watching the Sweeney, with John Thaw and Dennis Waterman bombing through the streets of London in the old Ford Consul GT, chasing the obligatory beaten up Jag. Well that dream has come true, sort of!Iin fact CRASH TIME 4: THE SYNDICATE tries to bring that excitement to the console world, doing so in a very German efficient way, thus successfully ruining the idea completely.

I had heard pretty unflattering comments about the CRASH TIME series. The lack of reviews of this game on the internet had me wondering, so I thought I would find out for myself. This game is set in the city of Cologne, GR and is based on a TV series called ALARM FÜR COBRA 11. Not exactly the SWEENEY that's for sure. You get to play the two main characters, SEMIR and BEN from the TV series. Basically you patrol the streets of Cologne chasing criminals and monitoring for criminal activity. 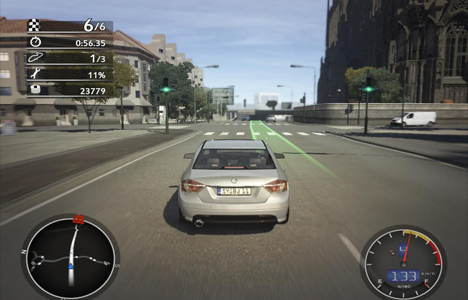 Now GRAND THEFT AUTO or SAINTS ROW THE THIRD this game isn't. In fact I found it pretty boring. OK the crash dynamics aren't half bad, but the uninspiring game play plus the awful voice overs, I mean come on guys try and put a little bit of effort into it! The actors sounded like they were reading a script. It became so annoying that I eventually turned off the voices altogether, which left long panning quiet shots every now and then. But it's worth it just to avoid listening to them.

Unfortunately for this driving simulator, if you buy it thinking you can use your gaming wheel, think again my son. I tried it with my MAD KATZ wheel and it was indeed possible to steer and brake, but it was completely unresponsive , so I ended up going back to the controller. CRASH TIME 4 is rated as a racing game by the publisher DTP (DIGITAL ENTERTAINMENT POOL) and to be honest it is all car based. But if you are going to make a racing game, then please make it compatible with gaming wheels.

All CRASH TIME 4 consists of is driving around looking for clues and occasionally chasing bad guys. It is fun in its own little way, just not fun enough for me to want to come back to it very often, in fact not at all. Perhaps we have all been spoilt with such classic games as FORZA, DIRT and BURNOUT which leaves us wanting more excitement and realism in our driving games. I would rather go down to my local DIY store, buy a tin of paint, paint my living room wall, and then sit and watch it dry!

CRASH TIME 4 is probably fine for our European chums, (I mean that in a cultural way) as this is based on a German TV series, whereas here in the UK we have been fed a diet of bum kicking, politically incorrect cop shows like THE SWEENEY, LIFE ON MARS, Z CARS and the like. SEMIR and BEN are not exactly JACK REGAN or GENE HUNT so to the likes of us, this stuff is pretty lame. What really lets this game down is the voice overs. The actual gameplay isn't that bad, but the severe lack of interest of the actors really does spoil it.

The car chasing element of CRASH TIME 4 is nothing to write home about either. OK you catch up with the bad guy, then nudge him off the road, and then you have to park in front of him for 5 seconds to make the arrest. If you slam into the perps car and smash him up against a wall for instance, (a more interesting way of stopping them) then the car simply disappears, is re spawned and they just drive off… WTH!! I found moving from one district to another a real pain. One minute you’re in one district and the game tells you the action is in another. Even the multiplayer element hasn't much redeeming features, it's just a racing track game and not a very good one. 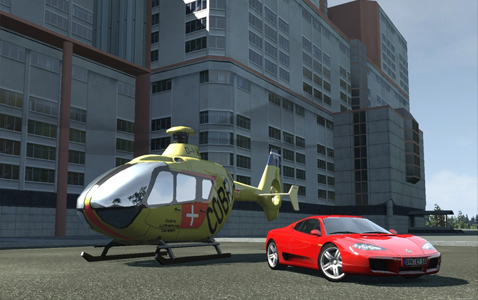 I honestly don't know who this game is aimed at as there are plenty of other driving games out there that are far more superior. It just comes across as a "can't be bothered" kind of feel to the whole experience. The concept is sound, but it has been done by other developers and with much more effort. The voice overs really spoiled the whole thing for me as it sounded very amateurish. The game play is OK but not spectacular.

Let’s hope if there is a CRASH TIME 5 they really pull their socks up, I give it 5 out of 10