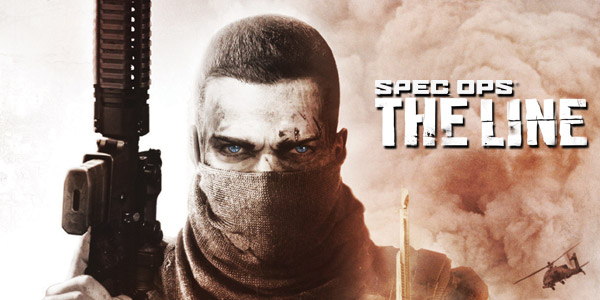 “War is hell” and so is war gaming at times. Gone are the days when we just blew stuff up and killed mindlessly without any thought to our actions because, with the release of  SPEC OPS :THE LINE from 2K STUDIOS, things are changing folks. Set in DUBAI somewhere in the near future, the worst series of sandstorms have hit the country just six months prior to the game, causing a complete breakdown of society. The rich have flown the coop leaving the rest of the locals to deal with it, and we all know that is not going to be good. A highly decorated colonel is sent in with his battalion to sort things out and surprise, surprise he turns rebel (sound familiar?). So now it's your job to go in and take him out… as we all know negotiating is not much of an option.

SPEC OPS: THE LINE is a very thinly disguised rehash of APOCALYPSE NOW, the 1979 war movie starring MARTIN SHEEN, MARLON BRANDO and ROBERT DUVALL. Your job as Captain Walker is to protect citizens and find the rebels to take out their leader Colonel John Conrad, yes the very same story line as APOCALYPSE NOW. With an excellent voice over cast and a nice story, this has all the hallmarks of becoming a classic game. Unfortunately the actual game mechanics let it down, which has turned a potential great game into just another shoot'em up. 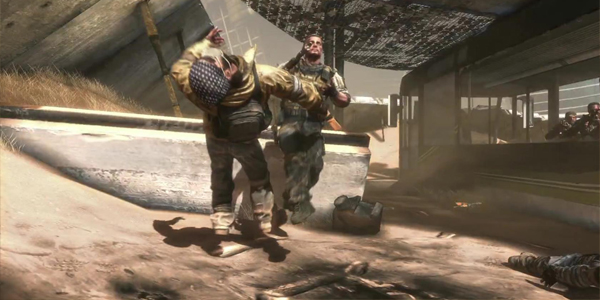 With incredible graphics (apart from the sand simulation) and some great set pieces, this game has it all. Yet playing it can be a frustrating experience. Why did the developers simplify the game mechanics so much? If this game had had the brilliant mechanics of TOM CLANCY'S GHOST RECON: FUTURE SOLDIER, then this would have rivaled not only that game, but CALL OF DUTY as well.

For example the duck and cover is a nightmare, your character can take cover. But the minute he starts firing, he just stands up. Then when you try to get to cover again, he either doesn't, or just jumps over the obstacle and gets killed! Another problem I found, was when you aimed and fired, your character started moving backwards. These are serious errors that should have been ironed out before release! This now ruins the whole experience, with enemies jumping up and down like a funfair shooting range or being unrealistically reckless.

Apart from that it's a nice game, with plenty of action and a great atmosphere. Especially the story in which you get to make moral decisions about your actions. It's not just a click yes or no scenario, you actually have to make tough decisions.

SPEC OPS: THE LINE is a very well thought out game, both story wise  and visually. It's just a pity the same thought wasn't put into the actual game play. 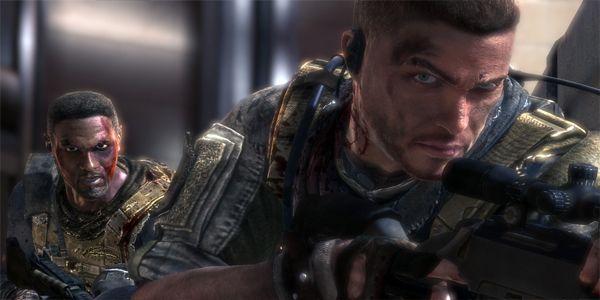 Speaking of gameplay, SPEC OPS: THE LINE does offer some really nice variables actually. With some scenes involving sandstorms, sunlight or obstacles getting in your line of vision, and with the ability to give commands (alright somewhat simple ones) to your squad, it gives the gameplay some realism. All which is great, that is until the bad game mechanics kick in and it's back to controller chucking time.

With all these type of games there is the usual on-line multiplayer, which in this case is pretty disappointing and comes across as some kind of an afterthought on the part of the developers. There the usual stuff like death matches and an interesting, yet flawed, buried mode.

Ok, I get what the developers are trying to do here with this moral and complex insight into the horrors of war. It is indeed a marvelous and engrossing story, making us all question the futility of war, but at the end of day this is no good if your games mechanics are rubbish! 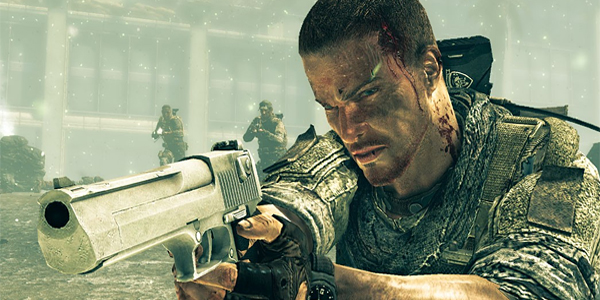 SPEC OPS: THE LINE could have been up there with the greats, instead it let itself down on the most basic of things, which is a real shame. If you can tolerate the mechanics, then please indulge yourself in this different and thought provoking game. But if you like your games to work properly, then best to avoid this one.

I give SPEC OPS: THE LINE 7 out of 10. Like I have said, the game mechanics let this game down big time. 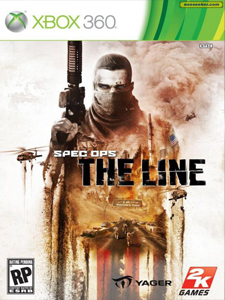