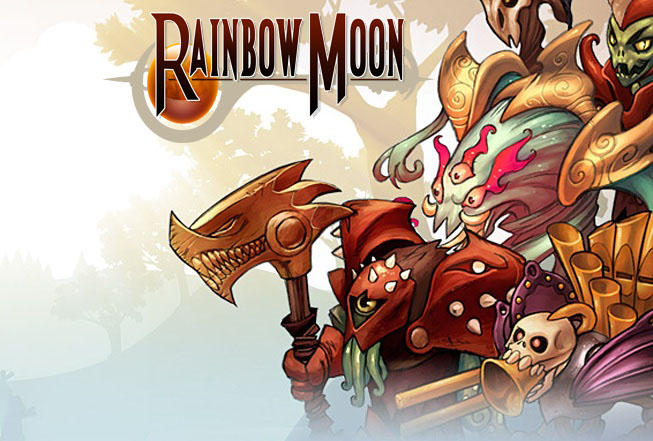 Don’t let the cutesy name fool you, there’s no rainbows in this PlayStation 3 exclusive. It’s easy for the stereotypical hard core gamer to overlook this title, not just because of the name but because of the cartoon like visuals and abstract character design, but for a meagre £9.99 you’re getting a beautifully designed adventure of epic proportions with well over 100 hours (yes I said 100) hours of gameplay! From the little company that gave us the superb side scrolling shoot em up duo Soldner-X and Soldner-X 2, Sidequest Studios has gone in a new direction with this strategy based role playing game. I’ll come to the gameplay later, but first, the story.

The story is nothing short as what you would expect from your average role playing game. Let me set the scene. Imagine your wandering through the woods and you come across a bright light, looking closer you see it is some sort of gateway or portal. Where could it lead you wonder? Then without a chance for fight or flight, you get attacked from behind forcing you through the portal! That’s basically how the game opens; you are a warrior named Baldren wandering through a wood when he comes across said portal on his travels, but before he can marvel in its beauty, Baldrens arch-nemesis soon creeps up on our hero and delivers a sucker punch sending Baldren through the portal to a moon named Rainbow Moon. Trapped, our hero has to find a way to seal the gate and warp home. Simple task right? Wrong!  Rainbow Moon is chock full of a huge variety of nasty’s who is hell bent on taking you down from mere Imps to giant wasps to wannabe soldiers.

The visuals of Rainbow Moon are fantastic, with cartoon-like highly detailed character and monster design perfectly rendered in high definition makes you want to play the game more to see more of what this game has to offer. The colours hit you in the face from the very start and the detail in all the different environments you encounter in-game is simply gorgeous.

Now comes the meat! Rainbow Moon is half dungeon crawling adventure with an overhead isometric viewpoint where your character can meet people, shop using the in-game currency (Rainbow Coins), explore the assortment of terrain, treasure hunt or simply do side quests for residents of Rainbow Moon that could use a handyman. There is an in game day/night system that operates in a bizarre fashion, time only moves when you move and naturally enemies are tougher at night. You can set up camp to wait for the day time but this soon becomes annoying and it is easy to abandon the camping feature to just proceed in your adventure. Enemies are on screen so it’s mostly optional to fight them or not but a lot of the time, monsters are inconveniently placed exactly where you need to go and when you touch them, ITS ON! This is where the gameplay changes completely; here we have a turn based strategy game. Both your character and the baddies take turns moving or attacking until either there are no enemies left or your character dies. More different attacks and special moves are unlocked or found as you level up or as you traverse the game world. However to put up a better fight and survive, you have to level up your character. You level up by defeating enemies and doing quests or side quests and you raise your stats using another form of currency called Rainbow Pearls. These can be spent to raise attributes such as strength, speed and luck amongst others. This system gives the game an incredible level of depth and keeps you going on the quest for home. The battles are fun to play at first but quickly become tedious and repetitive however if you’re a RPG fan, this annoyance can be overlooked on the quest for a level 500 hero

At its core; Rainbow Moon offers close to 30 hours of storyline but if you’re a 100% completion gamer, were talking well over 100 hours of gameplay. It’s pretty looks and generic story isn’t enough to keep casual gamers at bay, the constant battling grinds very quickly spoiling this pleasant little gem. RPG fans only guys. I give it an overall score of 7 out 10.  (7/10 Gameplay, 5/10 Graphics, 5/10 Story) 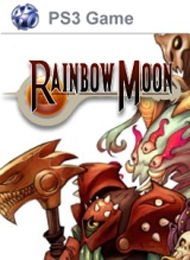