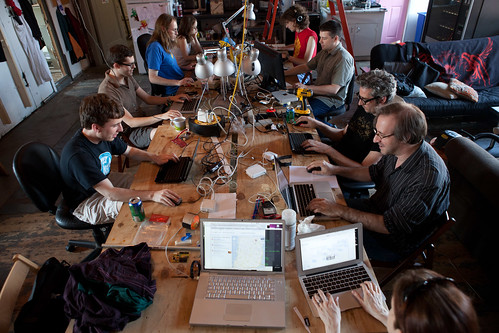 One of the most notable features implemented into the history of role-playing games was the multi-player option. While some games such as Diablo only allowed you to pillage dungeons with a few friends, most role-playing games released today are known as massively multi-player online role-playing games. Players are allowed to interact with each other in real time, given that they were in the same server. Although many games exhibited the massively multi-player option, Ultima Online was considered a major step towards the improvement of the genre. Ultima Online allowed over thousands of players to interact with each other in the realm of Ultima.

Most role-playing games began to implement features in which the user is able to customize their character to a lengthy extent. A game that first exhibited extensive character customization was in the Elder Scrolls series. Players were not only able to choose from multiple races, but were able to customize facial features, body type, and even their character's voice. In addition to character customization, the role-playing genre even went as far as to introduce character personalities. With the release of Guild Wars 2, players can select from different personalities and attributes for their character which will affect the story-line in great detail. Guild Wars 2 greatly revolutionized the genre of role-playing with this addition, as most players would fabricate their own personalities and implement them into the game. In World of Warcraft, many players would devise a personality for their character and replicate their creations in game. Guild Wars 2 greatly improved on the depth at which players can role-play.

Most modern role-playing games now include expansive worlds with rich details. Most role-playing games which were first introduced to the gaming world featured 2D adventures, which offered minimal details and exploration options. As role-playing games improved over the years, the environments and worlds within the games also improved. World of Warcraft, one of the most well-known role-playing games in the genre, has exhibited richly detailed worlds and areas released with each expansion. The detail and miles in which in-game worlds have expanded with releases of other games as well, such as Skyrim.

Jack has been playing RPG style games for the last 14 years. To find the best rpg games out there check out mmoattack.com