Elder Scrolls Online for PC, the massively multiplayer online (MMO) version of the role-playing game announced by ZeniMax Online Studios promises to be a super hit. So let’s find out what the fuss is all about:

The land of Tamriel has no king. Through role-play, you and your online teammates will be vying and battling to take over the throne. You will travel across the two provinces – Cyrodiil and Skyrim. The Tharn Family and the Imperials are desperately trying to protect the kingdom from the evil Daedric faction.

Prince Molag Bal, of the Daedric faction, is the villain of the piece. He is ably and secretly assisted by the Mannimarco, the Kind of Worms, and his men. Molag Bal has stolen the players’ souls that you have to get back through a series of adventures. Molag intends taking over the throne. You have to stop him and his confederates from achieving their evil plans while you and your own team progress towards the capital.

Now taking over the Imperial City is not going to be easy because you have reached the next level in the game. Daedric members are all over the city to stop you and your teammates. There is a long way to go before your faction achieves its target. There are hurdles at every step. Daedric members try to put a spell on you. You also have to maintain your health and stamina as you march ahead towards the capital.

You can belong to one out of three factions to participate in Elder Scrolls Online. These factions will play against the Daedric faction, which is the game itself. Each team can constitute over 100 online players. There are numerous races and alliances among these factions. So you can participate in a lot of individual action as well as collaborative strikes along with your teammates. Some of the key roles that can be played are:

The game also provides Player versus Player (PvP) experience. The player who has scored the maximum will be declared the Emperor of Tamriel. Players can indulge in major battles, sieges of forts, destruction of enemy weapons, etc. Entry is possible at any level in the game. 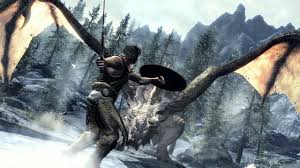 What skills constitute the game?

The gaming interface has provided three sets of skills that a player can utilize in combat – health, stamina and magic. The Stamina Bar will take top place as the game progresses. As yet, the use of stealth in combat has not been fully defined. This aspect may unfold as the game gets going. One crucial asset will be the various methods provided in the game for blocking the Daedric faction. This is in addition to the three skill sets. With this you can stop spells mid-way and avoid attacks by staggering or toppling enemies. You can also bring on more intense versions of the particular attack when necessary. Combat techniques have not yet been classed, but the makers may add more zing later on.

The design of Elder Scrolls Online is very dynamic. The player can join the game without pre-assigned missions. You can search the land for events and take on a mission at any point. Each mission that you accept will have two options for execution. The outcome will depend on which option you go in for. Also, your gaming experience will be different with each decision. At first look, Elder Scrolls Online promises to be a great gaming experience.

This is a guest post by Ethan Millers of bw9.com, get internet and cable service from the site that offers great savings and current information on comcasts cable and internet as well as other Comcast.com services..