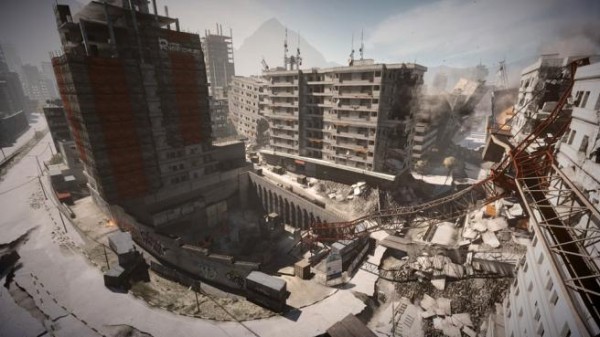 It’s been a year since the launch of Battlefield 3, a remarkable game with varied missions in gorgeous environments, featuring a wide range of weapons and awesome array of vehicles. Since then DICE has been consistent in keeping up with its promised release schedule. DICE launches an expansion every three months and refreshes the regime for gamers. And thus we have the fourth expansion – BattleField 3: AfterMath, the DICE’s greatest and most enjoyable DLC pack yet. 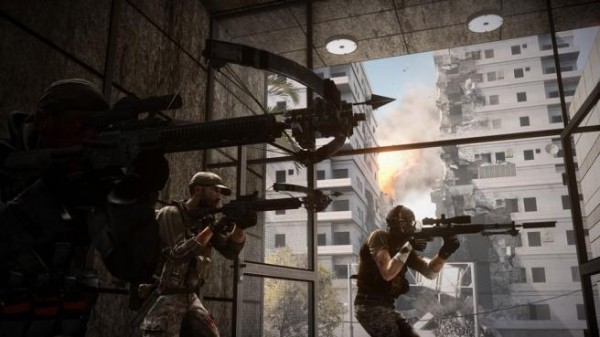 What’s new in AfterMath?
AfterMath, the penultimate expansion for Battlefield 3, introduces four new maps, three modified vehicles, a new crossbow weapon, new assignments and achievements, a devastated Iran and an all new game mode. Now let’s take a look at what the DICE has got in store for us with 'BattleField 3: AfterMath':

The fourth expansion – AfterMath, has the best of Karkand’s game play along with little twists based on a groundbreaking theme, making it more and more enjoyable. To start with the new collection of maps, all the four are based around the devastating Iranian earthquake.

Epicenter, a city center location, set at ground zero, is indeed the core map of the entire pack. A long highway ruined by the tremor, series of funnels and the wreckage making it visually intriguing. In conquest mode, you have 4 capture points, and also a trophy to be unlocked on spotting the ‘Dinosaur Easter Egg.’

Then, we have the Azadi Palace, one of the largest maps in this DLC, with a two-storey palace at the center, and towering skyscrapers filling the perilous open streets in the entire map. You have plenty of locations to flank around.

Moving on to Talah Market that has a lot of unique attributes, with entwined streets and connected roofs. There’s only a very little distance that you will have to cover when searching for a battle.

Next to the Talah Market, we have the Markaz Monolith, with an abandoned mall – the focus of the monolith section. The Monolith – the well designed section of the map is indeed an interesting battleground spanning multi-levels. 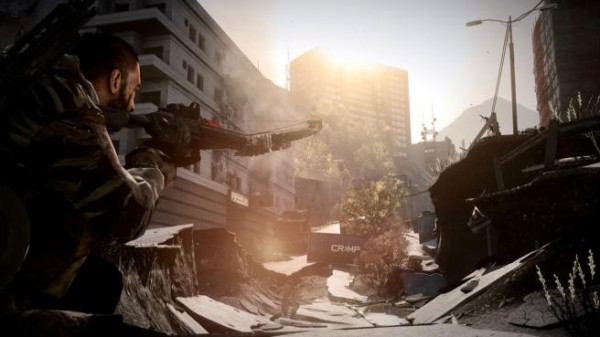 Scavenger Mode:
Talking about the new mode Scavenger – the most chaotic mode, you spawn with a pistol, and not a full weapon. Here, we have the traditional conquest style ‘Capture the Flag,’ combined with a post-apocalyptic twist. As you race through the different capture points, you need to find (scavenge) various weapons of ranks ranging from one to three. The most basic guns with the least bullets will be the level one weapon, while weapons that are well equipped will be of rank 3. It’s amusing to note that all you need to do is spot bright blue arrows indicating weapon floating in mid-air while the fast pace keeps you on your toes at the same time.

Verdict:
With three bolt unlocks, 'BattleField 3: AfterMath' is possibly the best DLC, since Back to Karkand that gives you a whole new experience. The four new maps and the new scavenger mode are undoubtedly great, making AfterMath a tricky DLC beast that offers plenty of opportunities to gamers looking to boost their ranking. AfterMath, with a rating of 5/5, is a well developed and brilliant expansion for Battlefield 3 that has the best of ‘Back to Karkand,’ ‘Close Quarter’ and ‘Armored Kill,’ leaving you stunned while playing the game.