The DS represents a number of different things for different people. For some it has been a gateway for casual players. To Nintendo, it’s likely synonymous with an ATM card, selling in quantities one would have once thought impossible for a handheld only a few years ago. One thing it undeniably is, is innovative. The simple addition of a touch screen has revolutionized the way we can play handheld games and has opened doors for types of gaming once believed beyond the capabilities of a portable console. With the portals open wide before us, it brings to question why many franchises haven’t taken advantage of the DS’s potential; TGR has a list of games that we think should. 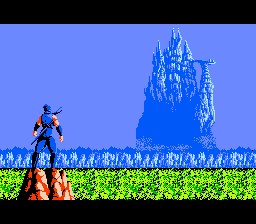 One might be quick to point out that there is a Ninja Gaiden game on the DS, and not a bad one either. Ninja Gaiden: Dragon Sword certainly played with some of the DS’s strengths, but also found itself mired in the platform’s limitations. Touchscreen capabilities have presented some interesting possibilities for action games. The fast-paced action of the current console line of Ninja Gaiden was admirably reproduced by the DS. The visual style, not so much.

Which makes one wonder why the old Ninja Gaiden games, which are still a blast and challenge to play, haven’t seen some sort of reproduction or continuation in the modern industry. Leave 3D to the PSP; the DS has put out some gorgeous 2D games, and would be a great home to for a remake of the NES classic that a number of dedicated gamers–myself included–haven’t managed to beat despite almost twenty years of trying. 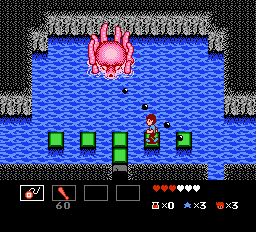 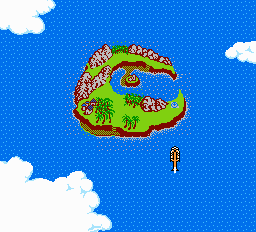 While Zelda has remained an immortal classic, StarTropics, a quality game of similar formula and time period has sadly since fallen out of any form of prominent memory. Placed in a tropical world fraught with monsters, ghosts, and aliens, StarTropics armed players with yo-yos, baseball bats and ray guns on a quest to rescue your Uncle. StarTropics was like Zelda but distinguished itself with an abundance of quirk. At one point you have to outrun giant bowling balls. You also find yourself trapped in the belly of a whale, and near the end, your main character jams bananas in his ears to drown out the final boss’ screeching voice.

It was a great game to play, in some ways arguably superior to the Zelda game which obviously surpassed it in popularity. While players could sometimes get lost in the free-form world of Hyrule, StarTropics was held together by an easily navigable central plot. Overall, it was just a fun game which died out due to poor sales rather than poor quality. Considering the the continuous popping up of unexpected sequels–Legend of Kage 2 anyone?–a StarTropics remake or sequel could be a great addition to the DS library, especially noting what developers have been able to do with touchscreen controls in games like The Phantom Hourglass.

Maybe the PSP’s control nub could work well with a flight sim. Considering the superior sensitivity of the touch screen however, I’d be willing to wager that the DS would be able to produce a superior version of a game like this. To this day these are considered some of, if not the best Star Wars games ever made. It would be undeniably cool to see these games make it to the DS. The visuals are certainly low-tech enough by today’s standards for the DS to handle, and more than a few developers have managed to cram some whopping titles onto the ROM cards of Nintendo’s miniature moneymaker, so space could likely be found. There would of course be a loss of scale to consider; the Death Star might not be as impressive on a small screen. But for a game like this available on the go, it’s a sacrifice one could safely assume fans would be willing to make.

The Wing Commander games, like the space sim genre as a whole, have faded into relative obscurity. A lousy arcade-style game bearing its name came out last year, and a bad port of the original game can be found on the EA Replay collection for the PSP, but overall, the franchise is as dead as John McCain’s presidential campaign. It’s a shame too because it was for its time a high quality series that many fans sorely miss.

Which brings us to its merits as a DS-worthy game. The graphics, at least for the first few games, feature hand-drawn visuals and would probably be easily ported to a DS format. Furthermore, while a standard d-pad could probably handle the gameplay–I never had a joystick with my PC and still managed–like with X-Wing vs. TIE Fighter, a well-tuned touchscreen interface would probably work better.

The DS might be a good home, not just for a port, but a whole new chapter in the series. The later games which relied on live acting and FMVs might be too much for the DS to handle, but the earlier games, which are often favored by many fans–myself included–would probably benefit from a new, but still old-styled entry into the franchise not unlike the much-praised Contra 4 which smartly resurrected the series in a manner firmly grounded in retro.

If there is a classic video game, this is it. The practical parent of first person shooters–yes, I know Wolfenstein 3D came first–it popularized a formula of gaming which remains primarily the same today, albeit with some refinement. The PSP has proven itself limited when it comes to its ability to replicate the FPS genre, many developers have managed to use the DS touch screen creatively to emulate FPS control schemes. The games using them have been of questionable quality, but it doesn’t change the fact that good portable shooter controls exist and naturally, in my mind at least, this should lead to portable Doom.

There would be some limits of course, and the small screen size would likely be an issue, but honestly it would have to take a real dull development team to mess up Doom. The graphics are doable, the gameplay is already there and beloved. All that would really need a lot of focus are the controls. The DS can be innovative when used right, but when used poorly, it can be downright awful. Really the biggest problem in the end would be how much to charge for the port. Square Enix conventions dictate that a port/remake of a game people have already played a dozen times should cost an arm and a leg, but one would hope that other companies might be more generous. Either way, ’Doom DS’ would be undeniably awesome.