The next generation of gaming has arrived by sea. Assassin's Creed IV: Black Flag stormed shores earlier this fall and invites gamers to delve deep into the uncharted world of piracy. In Ubisoft's most ambitious installment of the series yet, Black Flag improves upon a proven formula and delivers the first totally immersive next-gen experience.

Meet our troubled protagonist, Edward Kenway. As players discover early on in the story, considering Kenway an assassin is truly a simplification of terms – the man is a pirate by nature. Whereas previous characters in the series were largely motivated by revenge, Kenway's sole provocation rests in acquiring riches beyond compare. It's this quest for fame and fortune that drives Kenway into direct contact with the Templars of old, but interestingly, the lines of allegiance are blurred if the price is right. 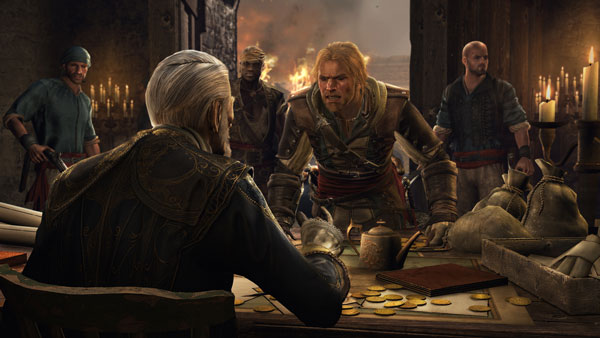 One of the strongest elements the Assassin's series has exhibited from our earliest introductions to Altaïr was an ability to create such engrossing characters. Flawed as these men are, as players we're easily drawn in to their pursuit by being fully immersed in their world.

Speaking of characters, Black Flag finds Kenway rubbing elbows with the likes of Black Beard and other infamous buccaneers throughout history. Any history buff will be thoroughly impressed, its fictional storyline jives perfectly alongside actual events of antiquity.

Happily the immersion so evident in earlier installments of the series is seamlessly carried over for next-gen audiences. There's life breathing into the luscious landscape, wispy foliage and rolling waves induce dropping jaws at many times. Black Flag is the most visually interesting edition of Assassin's yet and that's truly saying something.
New is the ability to master your own ship, unlocking the world of Assassin's Creed in ways never previously experienced – something critically important for long running franchises. Your eyes will practically bulge out of your head when you discover the map that accompanies your ship, bringing about limitless possibilities and alternative missions. 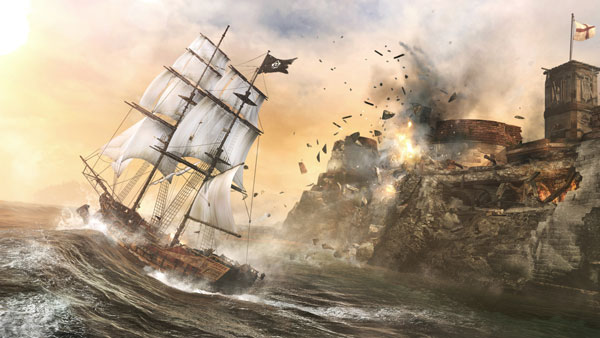 This fully expansive world would hardly be complete without the ability to lay siege upon the hapless vessels in the great ocean? Once you lock sights on a ship, you can take it out of commission and raid it. There's nothing quite like plundering a vessel you stalked during the midst of a violent storm – Black Flag easily does the pirate genre great justice, creating an experience in a lawless sea no game has provided before.

But what makes Black Flag and other Assassin's Creed games totally enthralling is the dynamic combat. Different from previous skirmishes, longtime AC fans will find the combat difficulty has been scaled upwards this time around, creating a game less susceptible to breezy playthroughs. Combat requires a certain finesse and understanding of the weapon system, but once mastered some of the greatest satisfaction found in in the game. 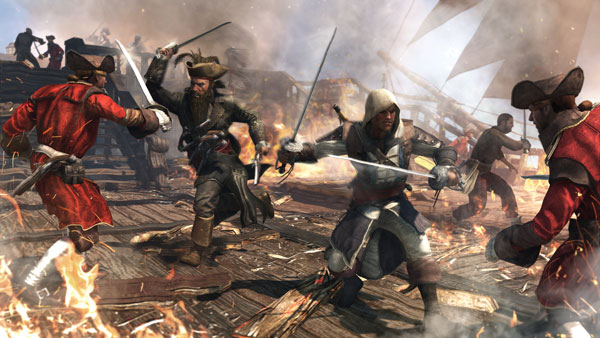 With limitless places to explore and an overwhelming amount of abilities and equipment to customize, Assassin's Creed IV: Black Flag will keep you infinitely busy. Fans of the series will love this latest installment and newcomers will instantly discover why the franchise has achieved such critical acclaim. Black Flag is the quintessential introduction to next-gen gaming.

This review was written by Tyler Thursby, a featured writer on Modern Thrill