I've never been particularly enamored of online multiplayer modes; the best thing I can say about them is that they do achieve a high standard of technical competence, but when viewed as a gameplay experience it often leaves much to be desire. The primary reason for this is that these modes don't come with any generated sense of urgency that makes all the fighting and, if you are anything like me, dying that you do seem to have any purpose. It often reminds me of this discussion shared by Grif and Simmons of Red VS Blue fame.

So often I find myself asking the same question posed by Simmons-”why are we out here?” and too often the answer that comes back seems to be the one that Grif comes back with-”because we're fighting each other”-. Fighting for its' own sake is not enough for me and so I drifted away to other games, other genres, where the struggles and the violence could be just as intense, but at lease there seemed to be a reason for it. This wariness around FPS games raised it head again early last month when I began to hear about this new game in the works called Titanfall; sure, the giant robots looked cool, but it was mutliplayer only. I told myself that surely it could be nothing more than yet another chance to pay 60 dollars to get sworn at by someone who had not yet gone through puberty, and that it didn't bear even trying.

It was the giant robots that did it for me. They just looked too good to resist, and you could pilot one! What person who was -ever- a fan of the Transformers could say no to that? 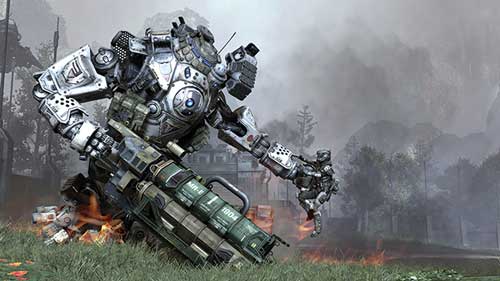 I played my first Titanfall match just this morning, and I was surprised to find myself hooked. Respawn Entertainment has done an impressive job of creating a multiplayer title that makes you feel that you are there to do more than to just kill time and each other. Firstly there is the fact that a story has been woven into each multiplayer mission with AI controlled characters that will outline and comment upon the specific objectives that each side has to complete; this goes a long way to fostering more of a team spirit in a genre where it usually only how many kills you get that makes a difference.

Secondly is the combat and, I admit, that this is another arena in which Respawn knew just what they wanted to do and did it well. Like other multiplayer FPSs games there are different types of soldiers you can choose to play as, each with their own set of unique abilities, and new loadouts and abilities become unlocked as you play, which also applies to the Titans. Unlike other multiplayers, though, Titanfall doesn't give you much incentive to dawdle. The battles move quickly, alter drastically, and force you to keep moving as fast as you can; this effected me to such a degree that the only notice I had that I had been playing for an hour is when the game awarded me an achievement for doing so. 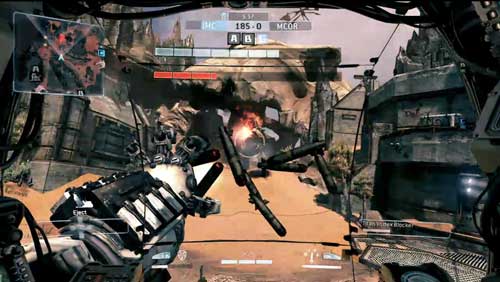 In the final summation Titanfall can be best describes as being like the Titans in the game itself; a well designed machine that has been created with a specific purpose in mind, and it does it very well indeed.

EDITORS NOTE: This Article was previously published in March 2014, but was lost in a server crash. Our thanks go out to Nick for his patience in waiting for us to get this excellent article re-posted on TGR for him.