Not only does the chilling, distinctive underwater 50s city of Rapture make BioShock an utterly immersive and spectacular first-person shooter, but the game’s narrative challenges video game conventions, providing an incredible twist that ensures its status as a thinking man’s FPS and modern masterpiece.

Braid undoubtedly has a high barrier to entry, but if players are patient with this short platformer then they’ll experience one of the most thought-provoking and intricately created video games ever made. Whatever you say against it, you cannot dispute that people will be talking about Braid for many years to come.
Call of Duty 4: Modern Warfare – 2007 (Xbox 360/PlayStaton 3/PC)

Is there a better, tighter, more entertaining modern first-person shooter? CoD4’s single player campaign offers action, atmosphere and some politically charged, dramatic moments, but on top of that its online level-based multiplayer remains the best example of its kind, thus making it the most complete FPS made to date.
Civilization II – 1996 (PC)

The danger with including Civ II on this list is that it might be impossible to put it down and try the other 29 games. This classic turn-based strategy game eliminates messy micromanagement but perversely offers up a huge amount of choice to its players in their quest for world domination, whether it’s through diplomacy, war or simple monopoly. An addictive triumph everyone should try.

People wrongly point towards Wii Sports as the first physical video game. Not only did DDR get their first, but it did it so much better. The game eats up coin after coin as players put down their pride, step up onto the stage and throw themselves into the foot-tapping gameplay. Whether through the original or more modern iterations, DDR remains a unique and incredibly fun experience. 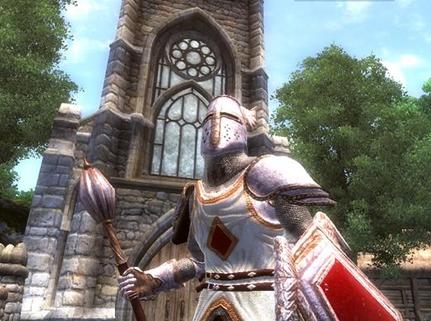 It was a toss-up between this and Fallout 3 – both couldn’t be on the same list. Fallout 3 may be the better game, but Oblivion is the better representation of sandbox gaming, its scarily huge fantasy world a sinkhole of time that still eats up the lives of dedicated questers. The only problem with putting it on this list is that by the time you’ve finally done everything to do, you may well be dead.

Is that “Not Final Fantasy VII” I hear you say? Well, Final Fantasy VII may arguably have been the better game for its time, but X remains the overall zenith of the series, a summation of all the lessons learnt along the way throughout the many years. In short, Final Fantasy X is the glorious epitomy of the J-RPG genre., its colourful world, emotional story and deep gameplay a must for this list.

It was tough deciding which GTA game to include in this list, with San Andreas and GTA IV the main contenders for a place. I decided to go with GTA III: Vice City, but in truth any of the GTA games from III onwards would have done. Vice City’s ostensible personality, its memorable characters, and the uniqueness of its 80s setting nudged it ahead as the sandbox crime game of choice.

Again, it was tough to choose between this and Gran Turismo 4, but the formula feels tighter in 3, and for me it remains the best driving game ever made. That’s not to say it’s more fun than Burnout Paradise, which easily could have made this list, but it is a greater simulation, and for those who care about that kind of thing (and sales suggest there are loads), you can’t do better than Gran Turismo 3.

Placing you in the control of hapless, hopeless and sometimes suicidal little critters, Lemmings is challenging and incredibly fun video game. It would be fitting for Lemmings to be pictured underneath the dictionary entry for “timeless”, and as such it’s not surprising that an updated port of the game will be released for the iPhone and iPod Touch this year, 18 years after its release.

Sackboy may have failed to take over the world quite like Media Molecule and Sony would have hoped, but for all the problems that plagued LittleBigPlanet’s release, it still offers something special that everyone should at least try. As soon as you play the game’s amazing first few levels, knowing that the game’s level creator could be used to create them yourself, its magic becomes obvious.

Again, in terms of an all-out fun racer, it was a tough toss-up between this and Burnout Paradise, but it would have been a sin to not include at least one handheld exclusive on this list, besides which Mario Kart DS is one heck of a game. Its gameplay is the modern iteration that’s closest to the addictive quality of the SNES original, and while its online has become tarnished by snaking issues, Mario Kart DS is an absolute blast to play with friends.

The problem with including MGS4 on the list is that it’s nothing without having played the previous three games in the series. Simply put, it’s so good that despite this qualifier it fully deserves its place. The MGS series has always been synonymous with experimental, unconventional moments and impressive production values, but MGS4 adds on top of all of that some resoundingly enjoyable core gameplay. No other high-profile series challenges game convention quite like Metal Gear Solid does.

Oblivion is the perfect represntative of sandbox W-RPGs, but BioWare’s Neverwinter Nights shows how to empower the player within a classic , linear tale. Add on top of that a translation of D&D mechanics without the nerdy mess, and a deep campaign creator to allow wannabe Dungeon Masters to spin their own virtual tales, and you have a classic bit of PC gaming.

What’s there to say about Pac-Man that hasn’t been said? Not much, so instead I’ll mention that I did consider putting Pac-Man: Championship Edition on the list, given that it’s the best of the recent flux of modern remixes of classic video games. For all the gloss of Championship Edition, the original remains more addictive, and of course more significant as a part of gaming history.

It would have been very easy to just say The Orange Box instead of Portal, and frankly if this list is influencing your purchasing decisions then you absolutely should buy The Orange Box instead of just Portal. Nonetheless, Portal is the standout game in that package, and the standout game of its year. Its unique first-person puzzle-based gameplay is wonderfully complimented by the dark humour of GlaDOS, the psychotic computer hell-bent on your destruction. Portal is short, sweet and original, a brilliant and iconic video game.

Has gaming moved on from the restricting controls of the Resident Evil series? Doubters would be advised to slot Resident Evil 4 back into their console, because the mix of the static shooting and pacy, unpredictable zombies made for the best modern survival horror video game. Rightly regarded as one of the best games ever made, Resident Evil 4 is a must for those who like their horror cheesy, fun and utterly entertaining.

Rock Band took the Guitar Hero concept of simplifying playing a complicated instrument into just several button presses, and took it to its logical conclusion. Rock Band 2 takes that concept and translates it into a tighter improvement, one that doesn’t reinvent the wheel but still gives it place as the best music/rhythm game made to date, and a multiplayer experience that sits near the top as well. Will we ever tire of plastic instruments? Somehow I doubt it.

I’ve talked about the wit of the writing in Portal, but The Secret of Monkey Island’s self-aware humour still makes me laugh nearly twenty years after I played it for the first time. While games like Metal Gear Solid 4 and BioShock chose to challenge video game convention, Monkey Island preferred to mock it, with some of its memorable jibes ringing true even today.

If you’re talking about video games that are distinctive, that shine in the sea of copycat games that slot within genres, then Shadow of the Colossus has to be mentioned. This adventure’s game distils its gameplay down to players taking down one giant creature after the other, with each one presenting its own puzzle to be solved. Magnified by arguably the greatest gaming soundtrack created, Shadow of the Colossus is a masterpiece that simply has to be played.

A Dreamcast game! Yes, not many people got the chance to play this Japanese adventure game, but those that did have been raving about its quality for the ten years since its release. Shenmue was the game that gave birth to the Quick Time Event (whether that’s a good or bad thing is another matter), it was at the forefront of the 3D graphical revolution, and it remains a quality game from a console that suffered a cruel and unfair fate.

How could I not include a game from Will Wright? Of the many incredible games to be conceived from Wright’s genius, this city-building simulation easily sits at the top. Not only was it educational but it was also incredibly addictive, the complicated maths behind the way population, commerce and industry related to each other confounding my mind for all the years I played it. The best bit? The disasters, including a giant robot laying siege upon Hollywood. Brilliant.

The first of three classic 2D platformers beginning with S to make this list, and why not? The 2D platformer was once the genre that defined gaming, and look at Sonic’s recent outings, it’s about time Sega stopped shunning it. Sonic 2 contanied some of the best level design and catchiest music of its generation, and it encapsulated the pace of its hedgehog protagonist that modern outings cannot. Plus you can play as Tails! What more could one want?

The first of two Mario games to make the list, and the only Wii exclusive to boot. It was tough to choose between Super Mario 64 and Super Mario Galaxy, but the use of the Wiimote in Galaxy, the improved graphics and the simply gorgeous orchestral music pushed it ahead of 64 as the 3D Mario platformer to be included. If I was picking one game from this list to best represent gaming to the uninitiated, it would be this one. Endless fun, and steeped in heritage.

Maybe the toughest choice was which 2D Mario to include. Any from Super Mario Bros. to Super Mario World would have been worthy inclusions, but Super Mario World, similar to Final Fantasy X, was the zenith of the series, perfecting the gameplay from the games before it. For the record, if any game needs to be remastered for the DS, it’s this one.

While the original Metroid has aged somewhat with the advancement of game development, Super Metroid stands tall and frequently tops best game ever lists. As is the case for the three 2D platformers I’ve included, the gameplay is so tight and impressive that it speaks for itself. If you haven’t played it, stop reading, download it on your Wii Virtual Console and just try it. You won’t be disappointed.
Tetris – 1985 (NES/Game Boy)

The oldest game on this list, and probably the most well-recognized game on the list too. At the same time, if you haven’t played it then what the heck are you doing at a gaming site? Have you lived under a rock for 25 years? Come on.
World of Warcraft – 2004 (PC)

Maybe this MMORPG is the game to play until you die. There’s no doubt that you could (and some addicted folk do), its huge world inexhaustible thanks to constant updating, a game that is impossible to complete. It would all be very easy to hate on if it wasn’t so damn fun. 11.5 million can’t be wrong, right?