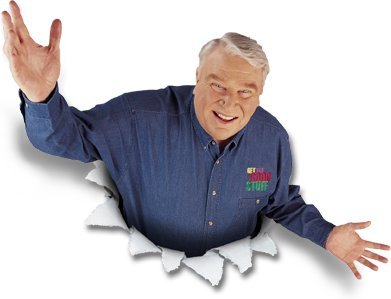 The afternoon of April 16th proved sad for me as a sports fan and gamer. When John Madden, longtime NFL broadcaster and the namesake of the most successful sports franchise of all-time, retired from NBC Sports it ended a career. However, the cultural force tied to his legacy (part of which helped launched the NFL into the most popular sport in United States) is alive and well.

I am a member of the Madden generation. This is a generation of gamers and sports fans that grew up watching the broadcaster as half of the most legendary sports broadcasting team of all-time with Pat Summerall traveling through CBS, FOX, and ABC Sports before ending with Al Michaels on NBC Sunday nights.

The Madden generation also grew up through the late ‘80s to now on what started as Electronic Arts’ experiment in breaking the mold from what at the time was an arcade football market championed by the Tecmo Bowl franchise. As the game grew into more of a complex simulation with Madden’s heavy hands-on input, so exploded the popularity and sales (peaking with Madden NFL 07 selling 7.7 milllion units — ranked 3rd in all-time U.S. sales — in the United States according to NPD) of the game into the largest franchise in the EA library.

Interestingly enough, many of the Madden generation grow up completely unaware of what launched Madden’s initial popularity. He rose to prominence as a Super Bowl winning coach of the Oakland Raiders, and retired with the highest winning percentage in NFL history, which was finally rewarded in 2006 with his induction into the Pro Football Hall of Fame.

The correlation between the rise of Madden and the growth of this Madden generation and the growth of the NFL into the American powersport, if not pastime is undeniable. As has the Madden series (and the gaming industry in general) grown in popularity, so has the NFL. Where pro football is the favorite sport of 24% (one percent more than second favorite baseball) of Americans that followed multiple sports, 31% of Americans in this year’s Harris poll call football their favorite (baseball still second place dropped to 16%.) By no means is Madden or any other football video game the cause of this. A combination of factors including better packaging of the game for TV broadcasts and cable sports networks, better marketing, and disillusionment of baseball fans who turned on it due to the 90s baseball strike and steroids controversy. But rest assured John Madden as a celebrity and the Madden games are as much a part of that marketing as anything. So much so that Electronic Arts now hold exclusivity rights to the production of NFL video games. But what may have been most drastically overlooked in that sports culture shift is John Madden’s influence in making football more accessible and expanding football literacy with the help of various development studios though the platform of games

What Madden’s broadcast partners credit as his greatest strength and appeal in the booth may well be the reason his games have been such a success. The common thread in the April 17th ESPN reflections of Summerall, Michaels, and ABC sports broadcaster Brent Musburger on Madden as an on-air personality was his gift as a communicator. Specifically, they praise his ability to transform the complexities of a football game into something simple enough for the most casual viewer to understand. That approach has not been without critics who over the years have seen him as more of a character and prefer someone to explain the sport as a complex science.

As Madden has studied and taught the game as a coach and broadcaster, the John Madden Football/Madden NFL series in many ways has been a teaching tool. As a person described by colleagues to obsess over football, Madden from the beginning insisted on realism in his game or no involvement at all. Travis Fahs’s article “IGN Presents the History of Madden” quotes the series’ namesake as insisting “If it isn’t 11 on 11, it isn’t real football” in response to the desire to limit player counts for the sake of game speed. He has had his hand in implementing real plays, player ratings, and of course his and his real life broadcast partners’ own voices for in-game commentary. What military generals are to war shooter and strategy games, John Madden has been for years to football sims.

The result became a product that started to teach the game of football through the experience of playing a simulation. In attempting to win games players would learn plays, read defensive and offensive formations, and learn clock management. As consoles grew more powerful and games became more complex, so would the lessons. Simple decisions to blitz or use pass coverage in defensive plays evolve the ability to learn and use zone blitzes, pinches, bump and runs, pre-snap reads. Suddenly, details of the game only really understood by players, coaches, football reporters, and the most hardcore fans was readily available and understandable to 9-year-old kids competing in Madden tournaments.

Madden, like other videogames, is now a bonding experience for families. Parents who have grown-up on Madden play with, and in some instances teach, their children football through the popular game. For example in a 2008 interview I conducted with WhatTheyPlay.com co-founder and UK native John Davison, he mentioned Madden being the tool by which he learned the game of American football. As he says his father bonded with him through video games in his childhood, video games is one of the ways he spends time with his sons. Alongside Mario Kart on the list of games played together: Madden NFL 08’s Family Play mode.

Ironically as critics of John Madden as broadcaster would blast him for being too simple, over time critics of Madden NFL have often complained it has become to complex for casual fans to pick up and play. The declining sales since the peak for Madden NFL 07 could be partially explained by that criticism.

With sports sims being the norm over arcade games now, coaching staffs at college programs like the Louisiana State Tigers have enlisted game developers to custom-make video games as tools help their athletes learn the game. Certainly, Madden wasn’t the first football game on the market; 4th & Inches was released the year prior to John Madden Football. Certainly, a popular sim would have come along eventually. But as the Madden series has pulled from others over its two-decade history, others have learned from it as it well. That give and take of ideas and innovations is the seed of growth in any industry. For better or for worse, Madden NFL has been the long-standing series that’s helped define what a football sim is today.

So while John Madden may retire, the Madden franchise will live on, Peter Moore wrote in his blog April 16. Madden will continue to be a cultural event whether it be through heavily marketed events (i.e. Maddenoliday) or the gathering of NFL players for rating announcements to before the yearly griping about how their speed rating wasn’t high enough. While John Madden takes well-earned time to spend with his family, I’ll anxiously look ahead to see what’s in store for the family of gamers and sports fans built around his influence.