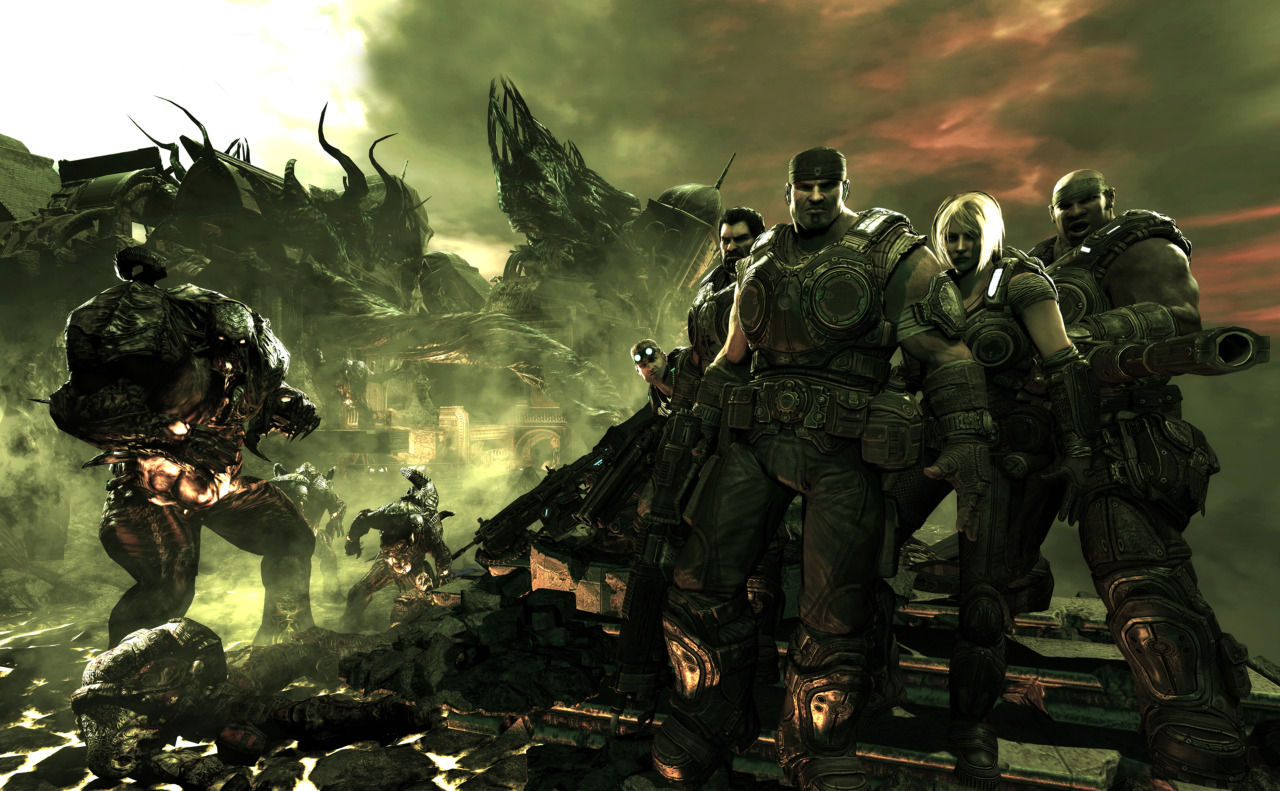 Ok folks the time has come again to strap on your armoured vest and kill some grubs. Yes The COG is back with a bang and with women! EPIC and MICROSOFT STUDIOS bring its mind numbing explosive trilogy to a final end and in style with a flurry of violence and “lump in the throats” moments .I know this is the last outing for the gears but I am not convinced it is the best .Of course if you have played the previous two then you will want to play this, and it does feel fresh despite the feeling of “deja-vu “sometimes and the strained attempt to take it`s self seriously. It does redeem itself eventually and we are rewarded with the usual blood fest that we all love and know, the dialogue is liberally scattered with the usual corny one liners Gruff voices and macho banter amongst the characters .There is of course no shortage of over developed muscular characters with small heads and big ego`s, even the women are scary and macho but in a feminine way if that makes sense. 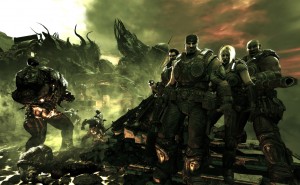 “Look out behind you!”

Here’s the story so far, Things are going really bad in GEARS OF WAR 3 .The COG (coalition of ordered Government) has disbanded and are outcasts as far as the locals are concerned.

Marcus Fenix, yet again the central character (actually changes facial expression in this game) and the now infamous kick bottom Delta squad. This is  the final battle against the evil Locusts and a wide variety of new and nasty little creatures including the lambent (infected humans that swarm at you like a plaque of zombies).The battle scenes are typical GEARS OF WAR  lots of ducking and diving explosions and the usual macho comments . 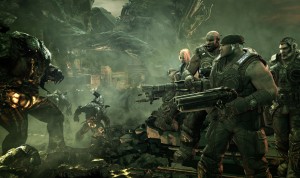 “Man your ugly, and so is the grub”

The big shock is “Marcus` dad is still alive!” (didn`t see that coming!!) so the search is on to find him and save the world .Meanwhile Cole faces a mid-life crisis and there is a flashback to his football days and section where you play as that character .The addition of two new female characters is a new twist even though one of them tends to switch from an English to Australian accent as often as Marcus changes bullet clips.

Game play is the usual stuff we have all know and loved over the years, we have hordes of new and bizarre creatures appearing out of nowhere intent on ruining your day.  Of course it isn`t long before the old favourites soon reappear, and classic gears action ensues .The game is of course relentless like all gears games, and you don`t have any choice but to follow the story, as there is no option to skip the cut scenes, mind you if you did the game would be over in 2 hours. A feeling of foreboding and tension is felt throughout the game giving a great atmosphere.

The checkpoints are still a bit annoying because you can end up going back to far and after a couple of times doing this it can be boring, I also don`t see the point of collecting things I mean do we really want collectables when all I want to do is kick locust butt !

Altogether there are five acts within the game and it can take around 10 hours to complete even on hard-core! As with other games assassins creed comes to mind it’s not about the difficulty its more about the look and feel of the game, I am sure die hard gears fans will agree .There are plenty of other options including co-op  campaign which can be played with up to 4 players . 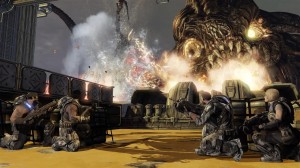 The multiplayer experience has improved from gears 2 which frankly was a real pain and the gameplay is more like gears 1 and much more enjoyable.

GEARS OF WAR 3 is everything gears fans would expect it has set a new bench mark in the third person shooter genre over the years and it is a perfect time to lay the game to rest and move on and this is a fitting and noble end to a masterful and legendary trilogy. The corny drama sequences are forgivable because its expected in a Gears game, As for the lasting appeal of this game it will go down in gaming history as unique and original concept that ran its course and retired gracefully, I give it 9 out of 10 of course because it’s a classic and worth playing .Will there be a Gears 4? Who knows eh? .

For more info go to http://gearsofwar.xbox.com