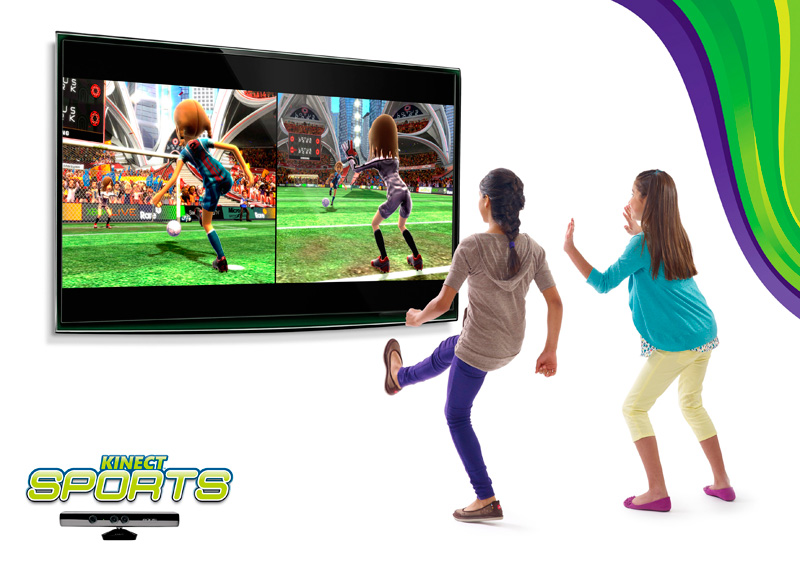 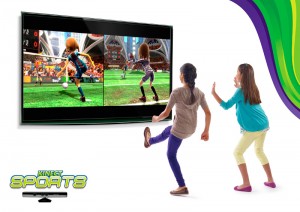 I am the kind of person who would rather stand and fight than run away due to the fact that I hate the idea of running .Maybe it`s because I wasn't any good at sports at school and that put me off, I only became a good goal keeper because I was so rubbish at football I always ended up in goal. Don’t get me wrong folks exercise is a good idea, just watching other people do it doesn't float my boat ,I am full of admiration for people who like to run marathons and the like but me I would rather just give the money and find something less strenuous to do.

The funny thing is though, I do like virtual sports (except football, yes folks I am a man that doesn't like it !) maybe it’s because you don't have to care about your performance as most of the time your opponents are virtual. Or perhaps it's the actual lack of exertion required (or it used to be).

As we all know that all changed in 2005 with the introduction of the NINTENDO Wii and sport entered our living rooms, big time, suddenly we all became indoor athletes, I would say safely but we all know that isn't true, with the upsurge in game related injuries and insurance claims due to controllers smashing into television screens, and gamers falling over or smacking each other in the face

Now there is a new era in home sport. Yes the MICROSOFT KINECT is here, and with it a host of new games including this one KINECT SPORTS.

Before I had a KINECT, I like many others had a NINTENDO Wii  as with all people with kids it looked like good family fun, now of course the novelty has worn off because NINTENDO couldn't keep a consistent run of half decent games on the market, and we have all gone back to our PS3's and XBOX's, and the Wii is left floundering like a stranded dolphin.

KINECT SPORTS is a whole new concept in interactivity, forget about the Wii and SONY'S MOVE this is has one distinct advantage over them, you can use your feet, In fact your entire body, so when you have to run you can, well sort of, ok maybe a 100 meter dash across the living room is not practical, but running and jumping on the spot is close enough, yes and I know you could do this with the NINTENDO Wii fit board, but you had to buy the thing, fill it with half a dozen batteries and then find a place to store it. None of that with the KINECT.

I mean it's not 100% perfect there are times when your avatar does things you didn’t plan, but the technology is there and can only improve over time, the great thing I found about KINECT SPORTS is the fact that you are exercising without even knowing it. 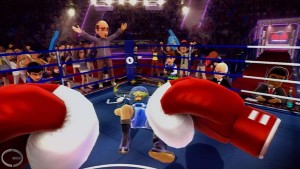 I really was jumping up in the air and slamming those balls in BEACH VOLLEYBALL, and lunging across the table in TABLE TENNIS.

The whole feel of the game is user friendly with clear tutorials at the beginning of every event and with the added embarrassment of videos of your performance edited to music shown at the end of the event, which can be uploaded to YOU TUBE if you wish to share it with the rest of the world (go on you know you want too).

There are a number of sports to play TABLE TENNIS, BEACH VOLLEYBALL, BOWLING, BOXING (my favorite), FOOTBALL (SOCCER as our colonial friends like to call it) and TRACK and FIELD.

The great thing is, you just want to keep coming back for more because you can adapt your style of play, and learn new tricks like putting spin on the ball in BOWLING, or delivering a nice uppercut punch in BOXING.

You can multi play at home or on line with a number of competitive and co-op options ,you can even play PARTY PLAY mode which means a whole group of players can play divided into two teams.this is what the game is all about really. 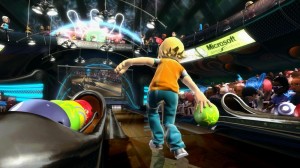 Well to be honest I was more than a little surprised at this game. Ok it's not the greatest in the world but there are hints as to what the KINECT can do and the future looks good, myself being the kind of person who walks (don't do running) a mile when confronted by the thought of exercise,  I quickly became engrossed in this game and now play it almost daily as a way of exercising , I challenge any couch potatoes out there to get off their backsides and have a go, you will enjoy it and it's fun .They should have this as an Olympic sport, certainly would be cheaper !

I give this game 8 out of 10 as it is a good laugh but not quite there yet, but it does knock its competitors out of the ball park literally.